Gunmen and suicide bombers on Wednesday launched twin assaults on Iran's parliament and the tomb of the country's revolutionary founder Ayatollah Ruhollah Khomeini in Tehran, leaving at least 12 people dead and scores of others injured. 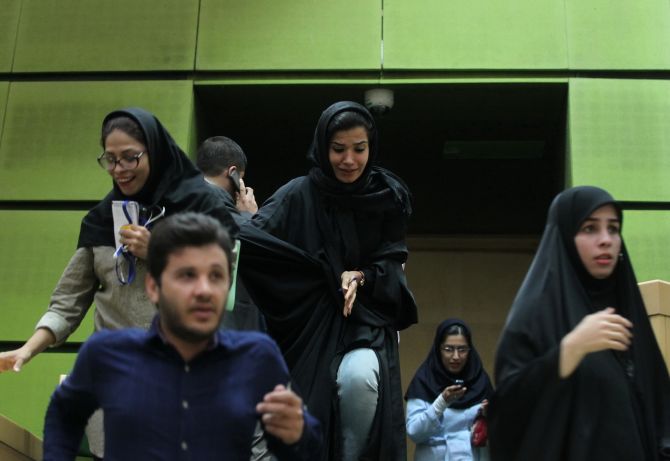 IMAGE: People are seen running out of the parliament. Photograph: TIMA via Reuters

Assailants armed with Kalashnikov rifles stormed the parliament building. One of the attackers later blew himself up inside, where a session had been in progress, according to a statement carried by Iran's state TV. 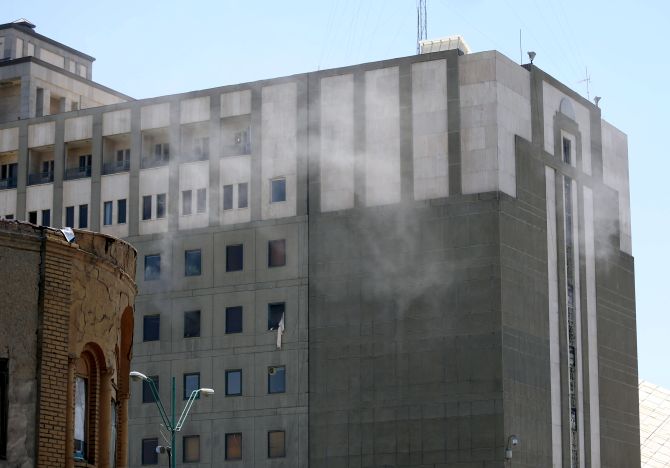 IMAGE: Smoke is seen during the attack on the Iranian Parliament in central Tehran. Photograph: Omid Vahabzadeh/TIMA via

Later, a news agency reported that the siege had ended with four of the attackers killed.

Soon after the parliament attack, a suicide bomber and other assailants targeted the shrine of Ayatollah Ruhollah Khomeini located just outside the capital, Tehran, according to Iran's official state broadcaster. It said a security guard was killed and that one of the attackers was killed by security guards. A woman was also arrested. 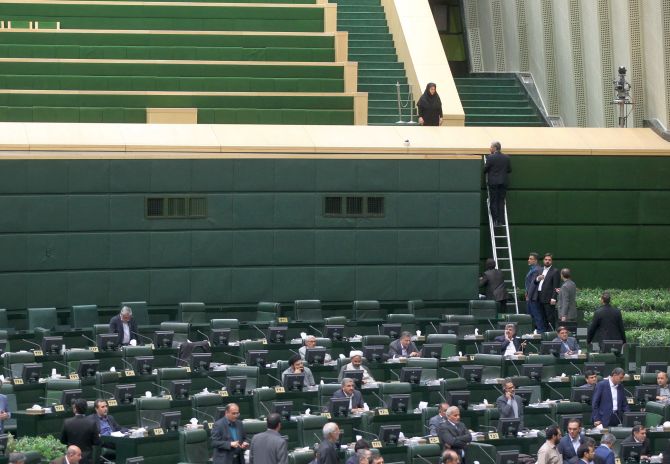 IMAGE: Iranian lawmakers inside the parliament during the attack. Photograph: TIMA via Reuters

Khomeini, who died in 1989, is a towering figure in Iran. He led the 1979 Islamic revolution that toppled the Western- backed shah and became Iran's first supreme leader. 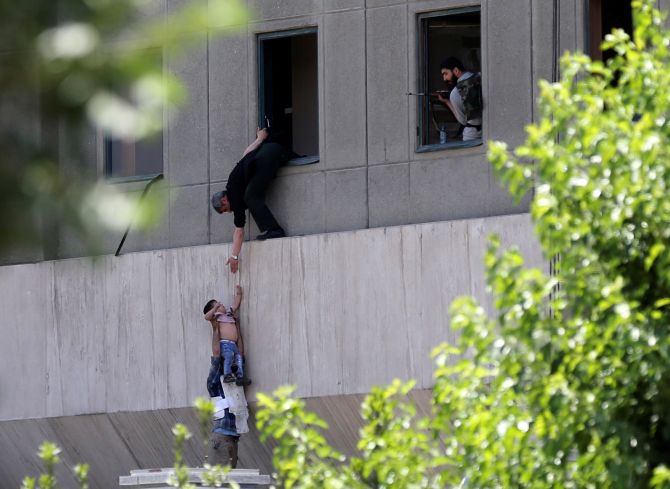 IMAGE: A boy is evacuated during the attack on the parliament. Photograph: Omid Vahabzadeh/TIMA via

The IS group's Aamaq news agency released a 24-second video purportedly shot inside the parliament building during the siege. The video, circulated online, shows a gunman and a bloody, lifeless body of a man lying on the ground next to a desk.

External affairs ministry said that in a pre-scheduled telephone conversation, the minister offered sincere condolences on loss of innocent lives and expressed solidarity with the people and the government of Iran.