A manhunt is underway in Turkey for an unknown attacker who opened fire on New Year’s revellers in an Istanbul nightclub. 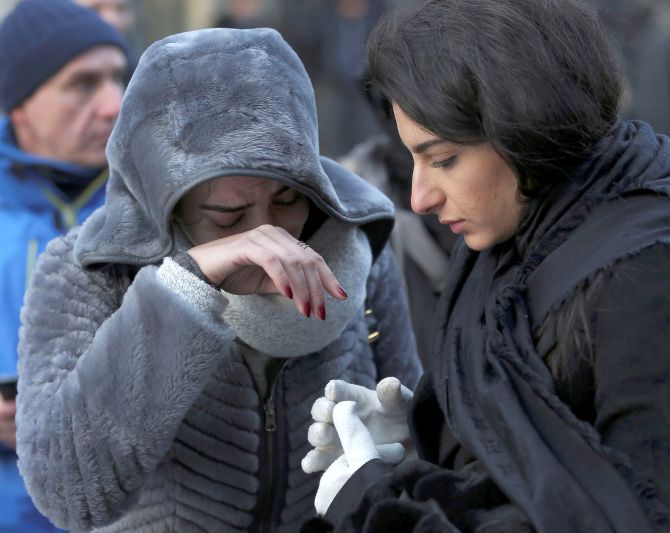 IMAGE: Women who survived an attack by a gunman, react outisde the Reina nightclub by the Bosphorus, in Istanbul. Photograph: Huseyin Aldemir/Reuters

At least 39 clubgoers were killed and nearly 70 were hospitalised after the suspect entered the Reina nightclub early Sunday and started shooting. The victims hailed from 14 countries, according to Turkey’s semi-official news agency Anadolu.

Turkish Interior Minister Suleyman Soylu said the attack, which began with a spray of gunfire at around 1 am, was carried out by a single assailant, who has not been identified. 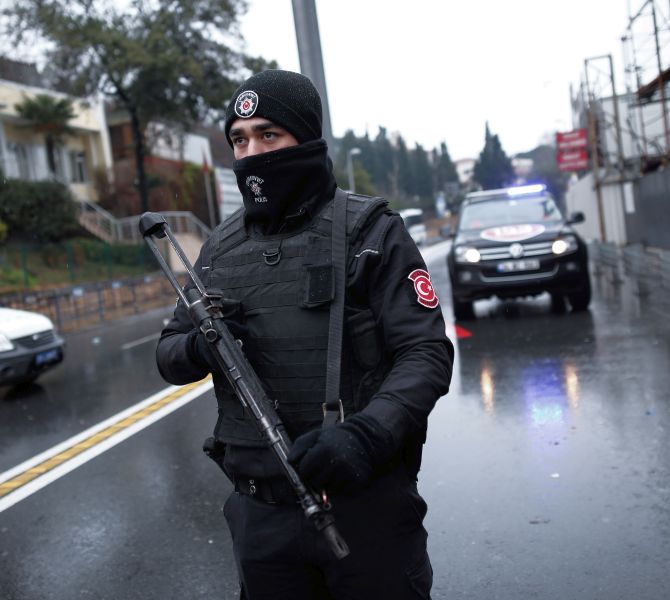 Soylu said the gunman arrived with a gun concealed beneath an overcoat, but subsequently left the venue wearing a different garment.

World leaders, including Pope Francis, condemned the shooting. US officials also called it a terrorist attack, making it the first of 2017. 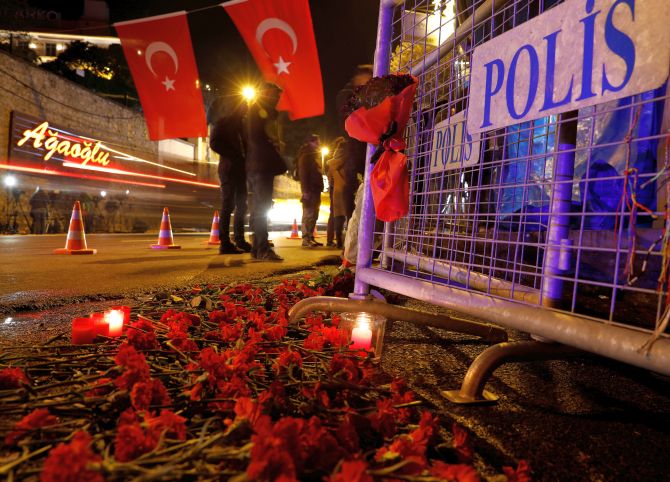 IMAGE: Flowers are placed in front of a police barrier near the entrance of Reina nightclub by the Bosphorus, which was attacked by a gunman, in Istanbul. Photograph: Umit Bektas/Reuters

Russian President Vladimir Putin said it was “hard to imagine a crime more cynical than the killing of civilians during a New Year’s celebration”.

December 19, 2016: Russia’s ambassador to Turkey was assassinated by a gunman at an art exhibit in Ankara.

December 10, 2016: A double bombing in Istanbul outside a soccer stadium killed at least 38 people and wounded 136.

March 13, 2016: A car rigged with explosives blew up in a public square in Ankara, killing more than 30. A Kurdish militant group claimed responsibility.

February 17, 2016: A blast in Ankara hit a convoy of buses filled with soldiers at a traffic light, killing 28 and wounding more than 60.

January 12, 2016: A suicide bomber blew himself up and killed 10 tourists, all foreigners, in an attack in Istanbul’s central historic district. 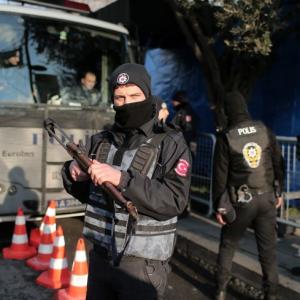