Bharatiya Janata Party national president Amit Shah on Sunday accused the ruling Communist Party of India-Marxist in Tripura of “corruption and malpractices”, saying the state did not witness development despite sufficient funds released by the Centre. 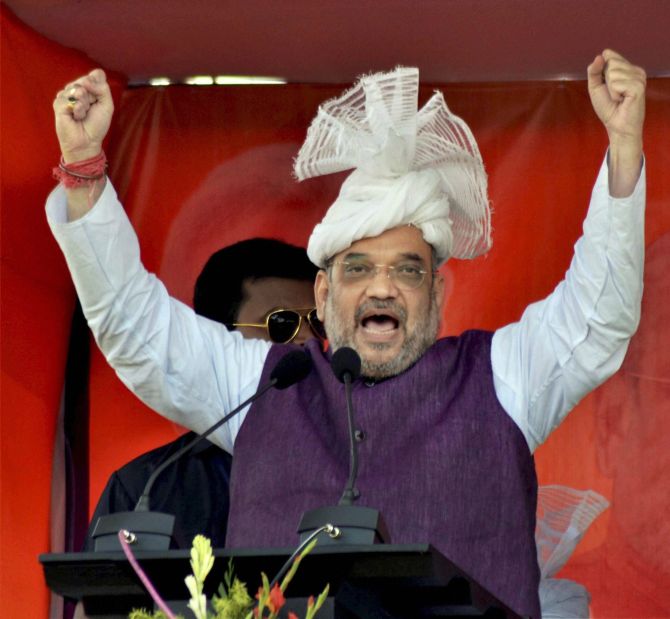 Shah is on a two-day visit to Marxist-ruled Tripura to strengthen the party base in the north eastern state.

“Tripura remained deprived during Congress-led UPA regime as the Communists had an understanding with the Congress,” the BJP leader said.

Attacking the ruling party leaders for their alleged involvement in the Rose Valley chit fund scam, Shah said, “If a CBI probe is ordered into it, money will be found from the homes of these leaders. Chief Minister Manik Sarkar must order a CBI probe on moral grounds.”

Shah also promised that the BJP would implement recommendations of the seventh central pay commission for state government employees if voted to power.

“The first cabinet meeting will pass the decision for the welfare of the employees and pensioners,” he said. 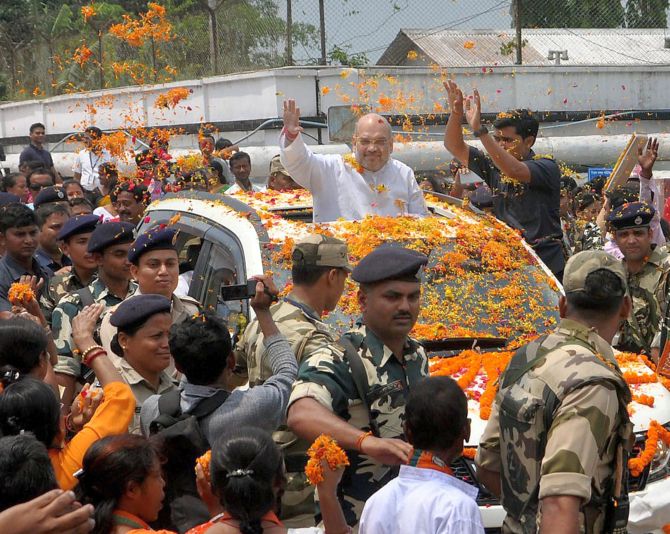 Talking about the availability of electricity and ambulance at people’s door step in the BJP ruled states -- Gujarat, Madhya Pradesh and Maharashtra -- he asked if every hamlet in the state has electricity.

“Do you have ambulance facility at your doorstep? This facility will be available if BJP comes to power,” Shah said.

Pledging that BJP would ensure Tripura’s development if it wins the 2018 state assembly elections, he urged the people to vote for the party.

“I have been touring the entire nation and witnessing development but Tripura despite being blessed with natural beauty is still lagging. Corruption and nepotism are seen everywhere,” he alleged.