National flag was hoisted atop the historic Clock tower in Srinagar's Lal Chowk on Wednesday, 30 years after veteran Bharatiya Janata Party leader Murli Manohar Joshi did it for the first time. 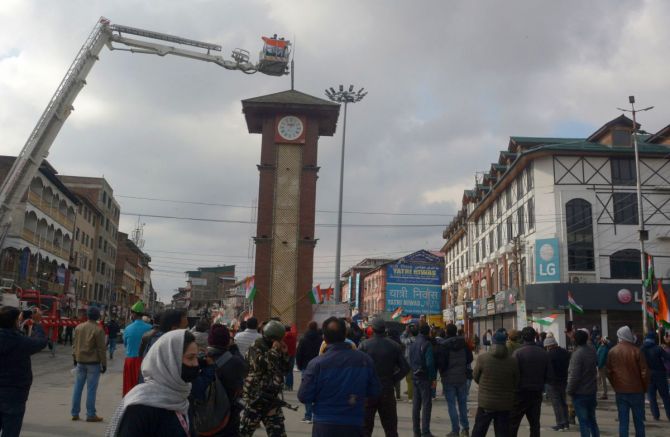 Social activists Sajid Yousuf Shah and Sahil Bashir Bhat along with dozens of supporters had organized the flag hoisting ceremony at Clock Tower, locally known as Ghanta Ghar, to mark the Republic Day.

The activist used a hydraulic crane elevator to install the national flag on top of the clock tower amidst rendition of the national anthem.

The participants danced to patriotic songs as hundreds of Police and paramilitary personnel stood guard around the clock tower.

Senior BJP leader had hoisted the national flag at Lal Chowk in 1992 at the peak of militancy in the valley. 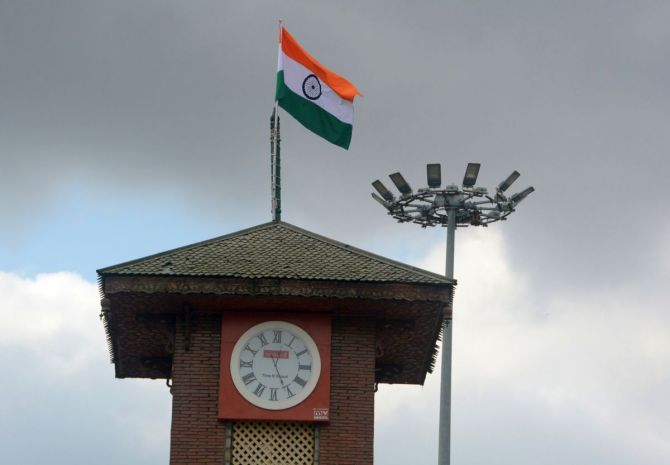 Elsewhere in the Srinagar, thousands of tricolors donned the landscape of several public parks including Pratap Park and Iqbal Park to mark the Republic Day.

This is for the first time that the national flag in such large numbers have been installed in the city. 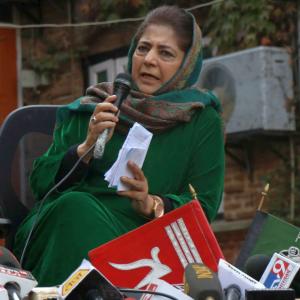