Many schools in the national capital will remain closed on Thursday as a transport body, comprising 41 associations and unions, has called for a one-day token strike against various provisions of the amended Motor Vehicles Act. 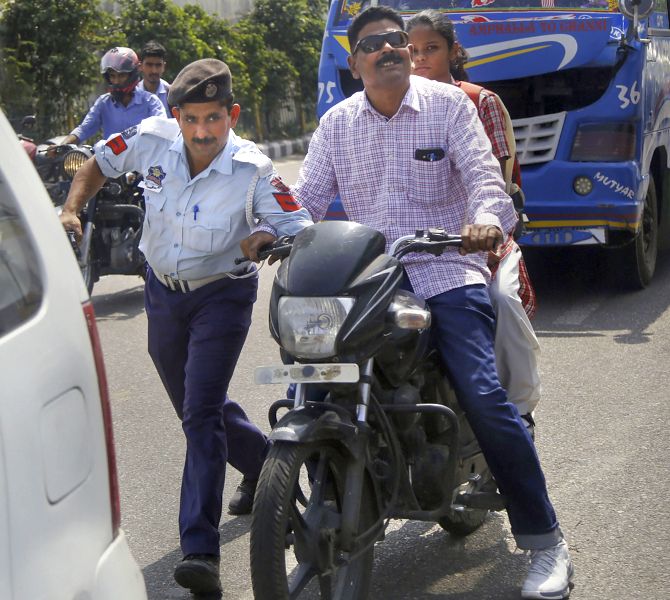 The United Front of Transport Associations has called for the strike.

The UFTA is an umbrella body representing 41 associations and unions of goods and passenger segments, including trucks, buses, autos, tempos, maxi-cabs and taxis plying in the Delhi-NCR region.

Many parents received messages from their children's schools informing them that educational institutes will be closed on Thursday.

"Most of the schools have announced off due to strike of transporters and preparatory leave of ongoing exams," said Bharat Arora, general secretary of the Action Committee of unaided recognised private schools.

A message from GD Salwan Public school read, "Dear Parent, on account of the strike called by Private Transporters under the banner of United Front of Transport Association in Delhi/NCR, the school shall remain closed for the students of classes Nursery, KG & 10th on 19/092019."

Other schools which have sent similar messages to parents of the students are ITL Public School, Dwarka, Chinmaya Vidyalaya and DPS, Mathura Road.

"Due to transport strike called by United Front of Transport Association, school will remain closed on 19 September 2019. The scheduled exam for classes IV - XII will be held on 20 September 2019. For detailed information please check the school website," a message from ITL Public School read.

Exams scheduled for Thursday have been postponed to Saturday at the Chinmaya Vidyalaya.

"In view of the proposed transport strike in Delhi, the School will remained closed on Thursday, 19th September 2019 for all the Students and the Teachers. It has also been decided that this holiday will be compensated later. However, it will be a normal working day for the administrative staff," according to a message sent by DPS, Mathura Road.

There are some schools that have asked parents to make travel arrangements for their children.

"In view of the call for one-day token strike by transporters on 19.9.2019, all the students availing school transport as well as private vans are hereby informed that buses facility including our own school buses will not ply due to security reasons. Parents are thereby requested to decide accordingly," a message from DAV Loni road read.

Even ASN Senior Secondary School in Mayur Vihar has asked parents to make necessary arrangements for students to reach school since buses will not ply on Thursday due to the strike.

UFTA's office bearers on Wednesday alleged that both the central and Delhi government are forcing them to go for the strike.

"We have been seeking redressal of our grievances related to the new MV Act from both the Centre and the Delhi government for the last 15 days, but no solution is there is sight forcing us to go on one-day strike," UFTA general secretary Shyamlal Gola said.