Filmstar-turned-politicians Mimi Chakraborty and Nusrat Jahan have created a buzz on social media after they posted their pictures in front of Parliament, with netizens trolling them, even as a section of them also came out in support of the two newly elected Trinamool Congress MPs. 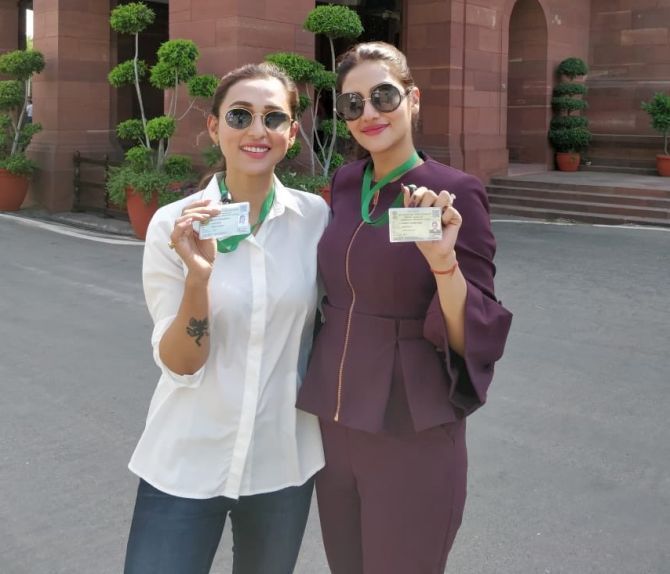 In the pictures, Mimi and Nusrat, who have won by huge margins from Jadavpur and Basirhat Lok Sabha seats respectively in West Bengal, were seen holding up their identity cards in front of the Parliament building.

"1st day #LokSabha #MemberOfParliament. Wish me luck and keep supporting," Mimi captioned a photograph of hers.

Nusrat also posted a picture of hers in front of the Parliament, and wrote "A new beginning..!! I thank Mamata Banerjee and people of my #Basirhat constituency to have belief in me."

The act of the two first-time MPs did not seem to go down well with a section of netizens, as a number of messages trolling the two actors appeared on social media.

Mimi, however, seemed to be unperturbed by this. Her manager Rudradeep Banerjee said she does not want to attach much importance to such trolls.

"It is going on since she was nominated as a candidate. People are doing this for publicity," he said. 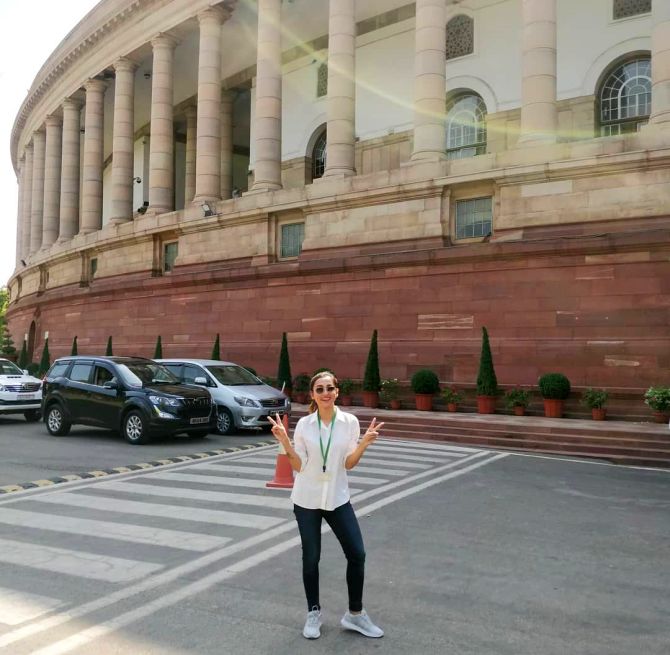 One of the trolls on social media said, "That (the Parliament) is the temple of democracy, not a place for tiktok."

"Just like you don't wear fancy dress and heavy jewellery and hop around while attending a funeral, you don't dress up like a "mourning lady" and weep while attending a marriage party. These dresses which Mimi and Nusrat wore, aren't indecent but inappropriate for Parliament.

"These dresses will suit a page 3 party, or a public park, or a mall, or a tourist spot, or even a news channel interview. But certainly these dresses don't suit the Parliament house," said one of the messages critical of their appearance at the Parliament.

One of the posts asked the two MPs to perform their duties, so that people's dreams also come true.

"Congratulations and all the best to this two young parliamentarians but wud suggest work for the people state n nation rather than just clicking pics all around," said another message. 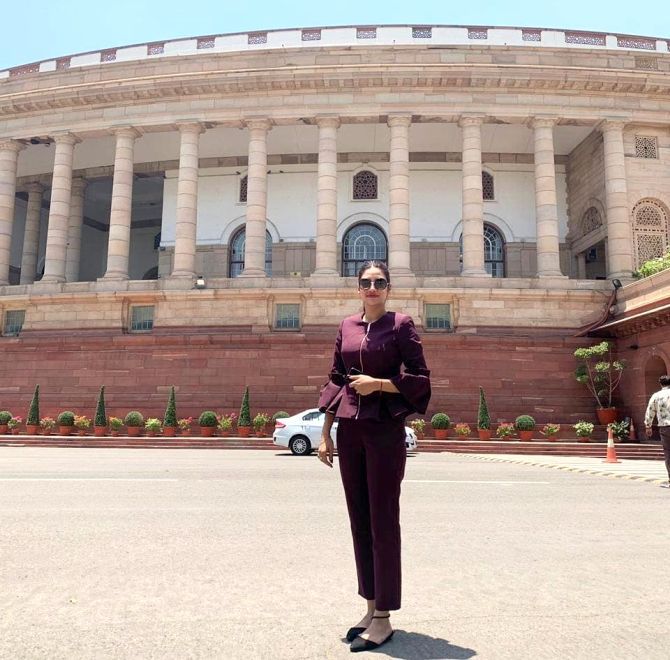 There are, however, several netizens who came out in support of the two actors.

"Ironic that those who like to call themselves liberals are getting all worked up over what two adults chose to wear in the Parliament," said a message.

Another man who came out in support of Mimi and Nusrat asked, "So why and how is this news that 2 new MPs, who also happen to be young women actors, posed in front of the Parliament? Freedom of speech, i guess."

"Shouldn't we also be protesting and confronting our politicians on so many other, far more impactful, counts - lack of their attendance, fighting & creating a ruckus in the parliament in full view of the country, not asking relevant and enough questions, delaying critical laws on several important matters, etc," the post said.

Photographs: Courtesy @mimichakraborty/Twitter
© Copyright 2021 PTI. All rights reserved. Republication or redistribution of PTI content, including by framing or similar means, is expressly prohibited without the prior written consent.