Thousands of people from Muslim community on Monday staged a "peace rally" in Bengaluru against the Citizenship Amendment Law and proposed National Register of Citizens. 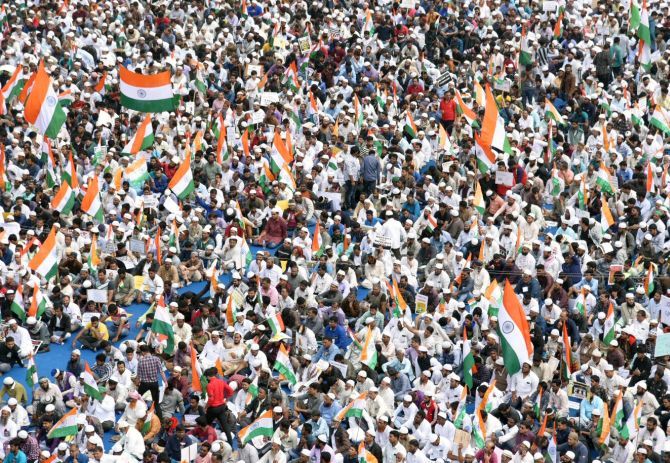 Waving the national flag and holding placards, the protestors raised slogans demanding withdrawal of the NRC and CAA as they marched through city roads.

The rally, called by around 35 organisations under the banner of Joint Action Committee of Bengaluru, culminated at the Quddus Saheb Eidgah Maidan.

Road traffic was badly hit at several parts of the city. Elaborate security arrangements had been made to avert any untoward incident, which by-and-large remained peaceful till the afternoon, police said.

A report from Mangaluru, which was rocked by violent protests over the CAA last week leaving two people dead in police firing, said the city remained largely peaceful after curfew was lifted Monday morning. 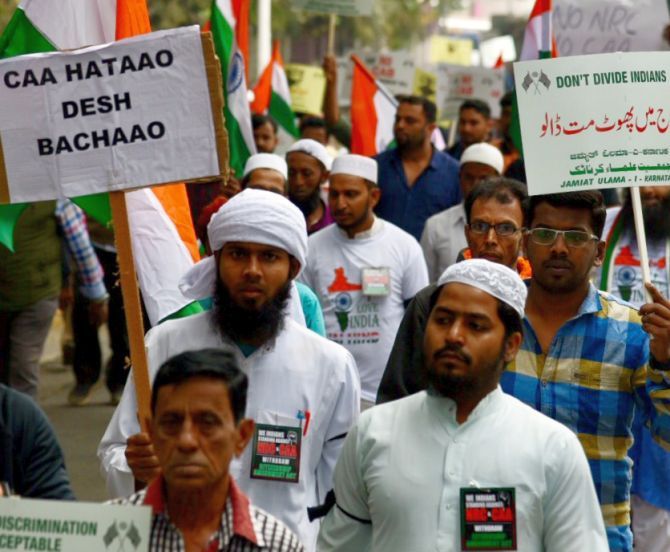 Mangaluru police commissioner P S Harsha requested public to share videos or photos regarding the violence in the city on December 19 for further investigation.

In a tweet he said, "I appeal to public who have any photo or video content regarding riots that happened in mangaluru city on 19th Dec to mail it to mangalurunorthmgc@gmail.com or send a WhatsApp message on 9480802327. It would help the investigation team in upholding the truth." 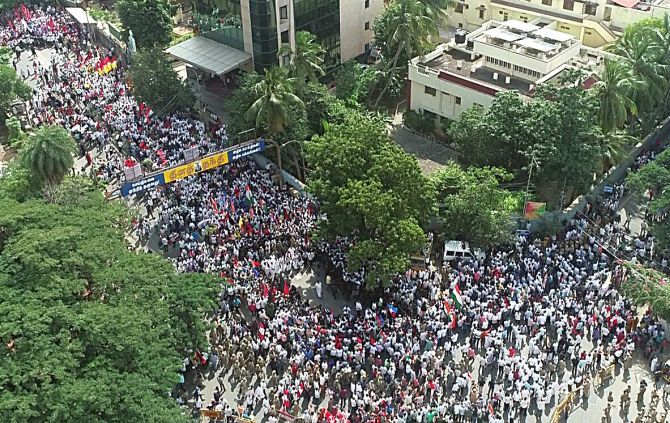 Police said the prohibitory orders will continue to be in force in the city till Monday midnight.

Photographs: ANI
Source: PTI© Copyright 2021 PTI. All rights reserved. Republication or redistribution of PTI content, including by framing or similar means, is expressly prohibited without the prior written consent.
SHARE THIS STORY
Print this article 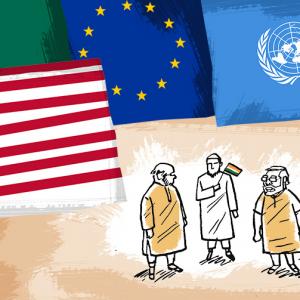