A die-hard fan of United States President Donald Trump, Bussa Krishna from Telangana has put forth an appeal to the Central government to fulfil his wish of meeting his idol during his upcoming India visit. 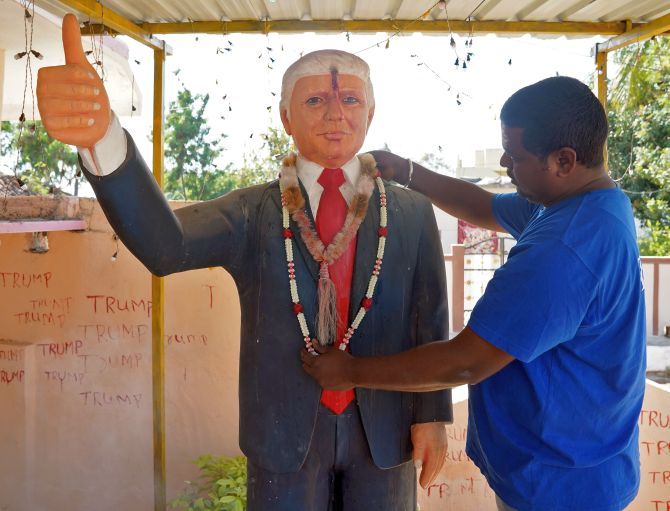 "I want India-America relations to remain strong. Every Friday I fast for Trump's long life. I also carry his picture and pray to him before commencing any work. I wish to meet him, I request the government to make my dream come true," Bussa said.

Bussa, however, is not just any fan but considers himself to be a devotee of Trump. He has even installed a 6-feet statue of the US president near his house and offers prayers daily.

"I also carry his (Trump's) picture and before any work I pray to him. He is like a god to me and that is the reason I had his statue built. It took almost a month and 15 labourers to build this statue," he said. 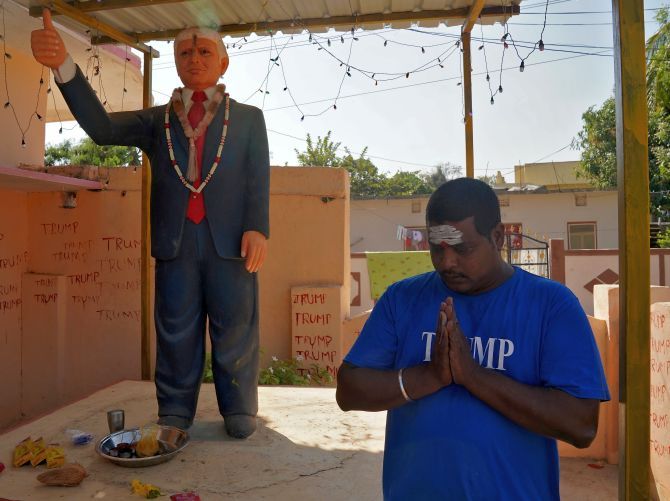 His friends said that the villagers have started referring to him affectionately as 'Trump' Krishna, due to his devotion to the POTUS.

"Although his real name is Bussa Krishna, all the villagers call him Trump Krishna. Krishna's residence is known as Trump House. The villagers never objected to it, but appreciated his devotion," Ramesh Reddy, Bussa's friend said.

The village head of Konnay, where Bussa lives, Venkat Goud too approved of his beliefs and urged the government to fulfil his dream of meeting the POTUS.

Accompanied by US First Lady Melania Trump, Trump will arrive on a two-day visit to India on February 24.