Rediff.com takes a look at some prominent politicians across the world as they get jiggy with it. Round and Round: Union Human Resource Development Minister Smriti Irani and Union Cabinet Minister of Food Processing Harsimrat Kaur Badal engaged in a phugdi dance at the launch of the new campus of Bathinda Central University in Bathinda district. Photograph: Public Reporter/ YouTube Say Nae: Don't let this tough lady fool you. She may be priming for becoming the first female US president but she can dance like its nobody's business. US Democratic presidential candidate Hillary Clinton does the "Nae Nae" dance move with DJ Stephen "Twitch" Boss and television host Ellen DeGeneres during a taping of "The Ellen DeGeneres show" in New York. Photograph: Lucas Jackson/ Reuters 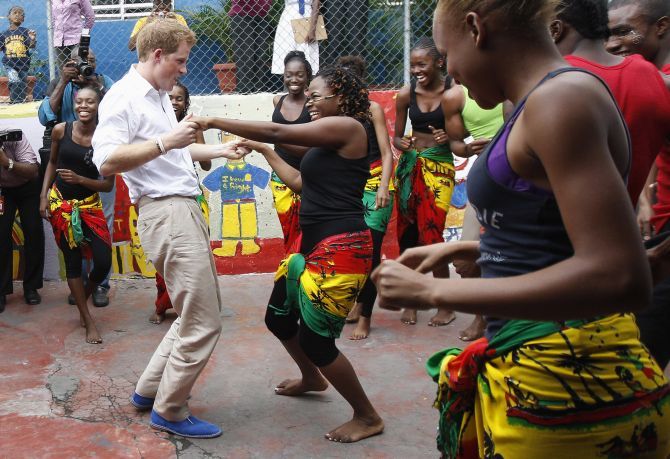 When in Caribbean: His philosophy in life seems to be 'party hard and then party harder'. Britain's Prince Harry dances with Chantol Dormer at a youth community center in Kingston, Jamaica during a week-long tour through Central America and the Caribbean acting as an ambassador for Britain's Queen Elizabeth as part of her Diamond Jubilee. Photograph: Suzanne Plunkett/ Reuters Fitness on the dance floor: First lady and fitness enthusiast Michelle Obama can tap the floor as seen during a surprise visit to Alice Deal Middle School for a "Let's Move" fitness event in Washington. Photograph: Molly Riley/ Reuters 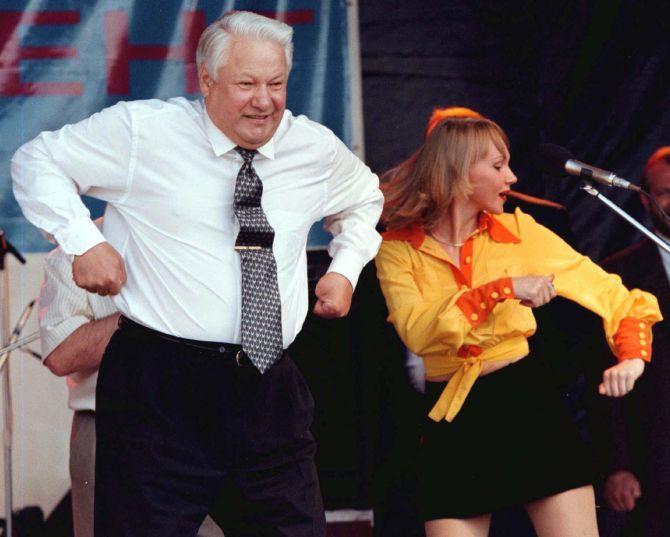 The Russians are coming: Former Russian president Boris Yeltsin proves that all Russians can dance their hearts out. The late president is pictured here as he dances with an unidentified singer in Rostov in this June 10, 1996 file photo. Yeltsin passed away on April 23, 2007. Photograph: Viktor Korotayev/ Reuters 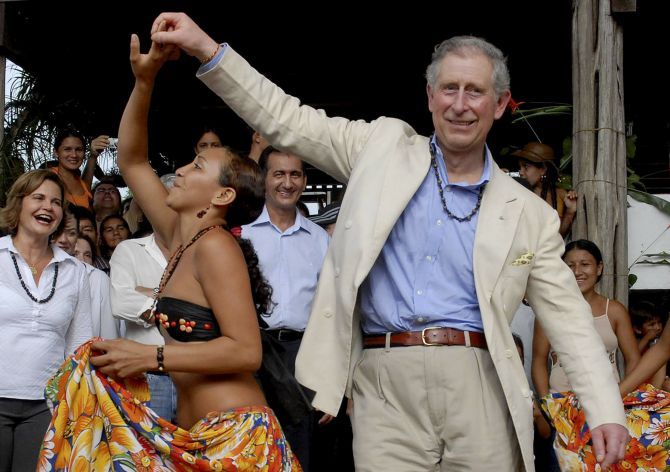 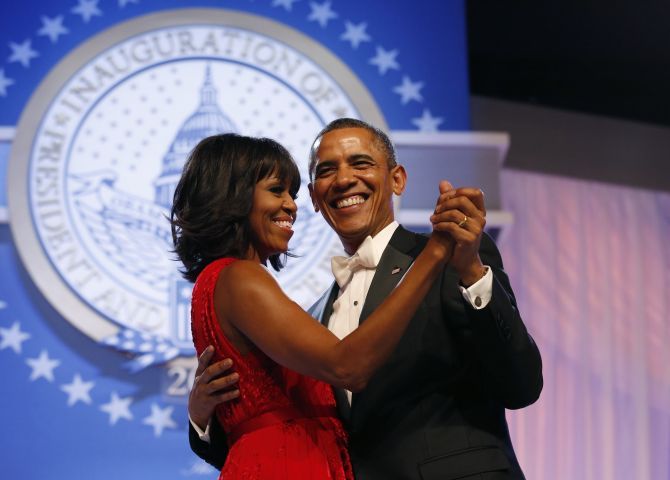 Ballroom boss: Not only is he the first African-American President of the United States, not only is he a fine administrator, he can even trip the light fantastic. Pictured here, US President Barack Obama and first lady Michelle Obama dance at the Inaugural Ball in Washington. Photograph: Jonathan Ernst/ Reuters 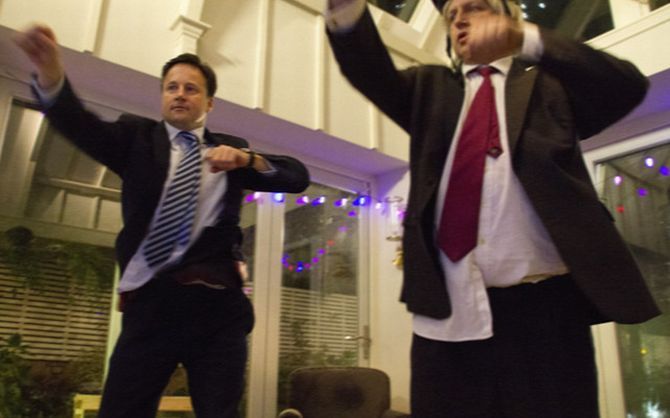 Lookalikes dancealike: Although this is not really British Prime Minister David Cameron and London Mayor Boris Johnson, this screengrab from a spoof video shot by Alison Jackson, an English artist known for her lookalike photographs of celebrities, is based on a 'confession' by Johnson that the two political leaders danced off to the Korean music video Gangnam Style at the mayor's London residence. Photograph: Alison Jackson/ YouTube