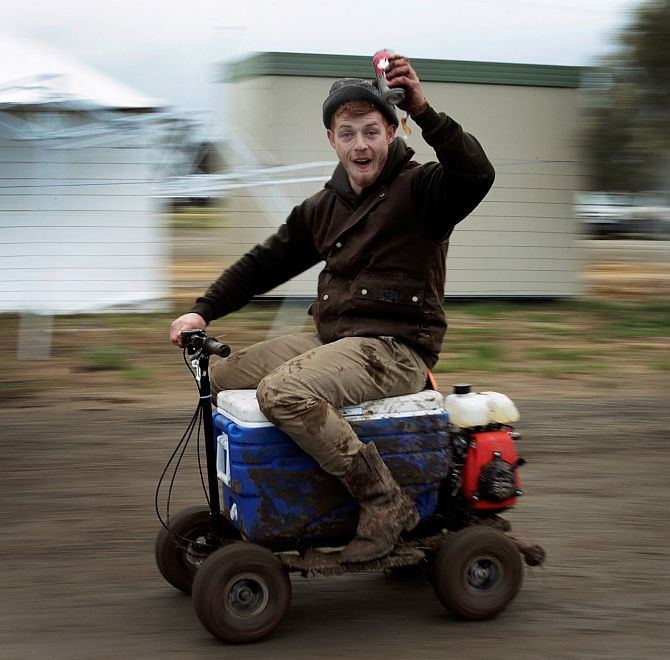 Sheep shearer Chris Kermond from Ballarat in the Australian state of Victoria rides a motorised 'esky' or drink cooler, while drinking a can of pre-mixed rum and cola at the Deni Ute Muster in Deniliquin, New South Wales, September 29, 2016. Photograph: Jason Reed/Reuters 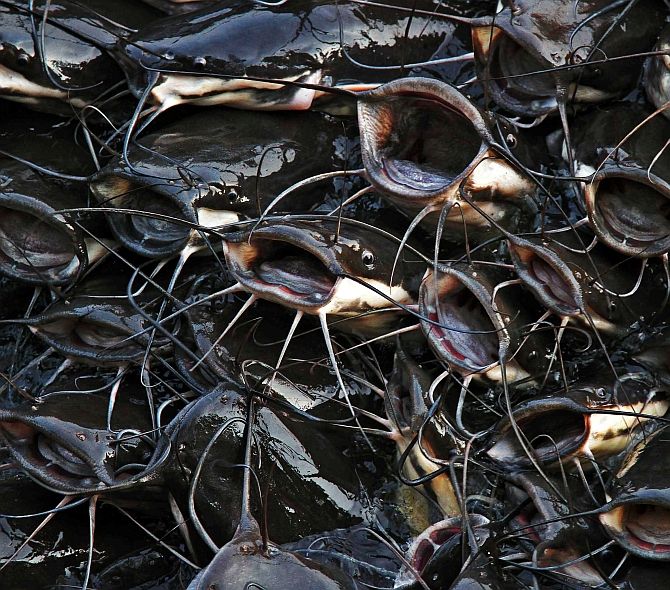 Catfish gather in the corner of the Gundalao lake as they wait to be fed by passersby in Kishangarh, Rajasthan. Photograph: Himanshu Sharma/Reuters 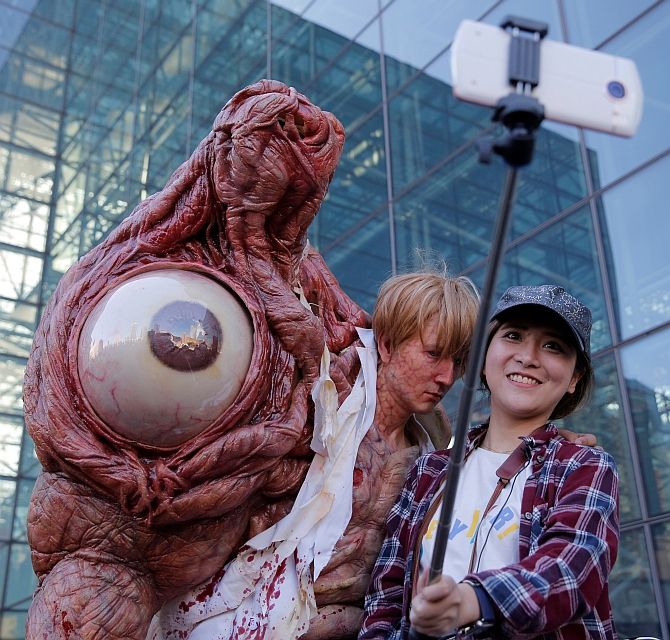 Chen Yifa from China poses for a selfie with a man dressed as William Birkin from Resident Evil at New York Comic Con in Manhattan, New York, US. Photograph: Andrew Kelly/Reuters 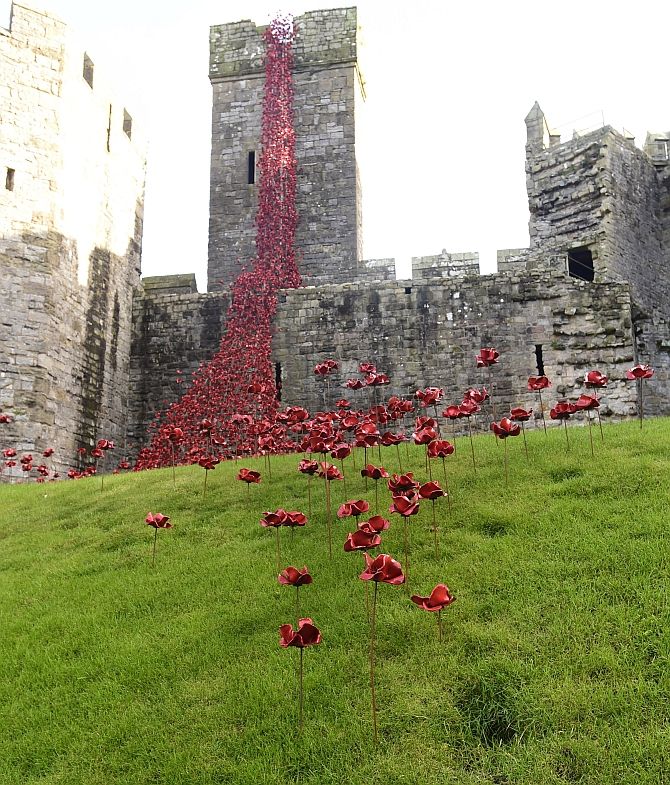 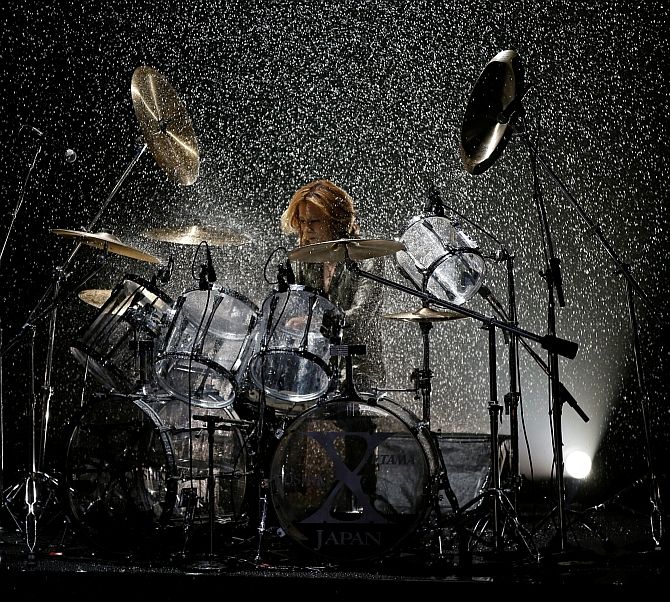 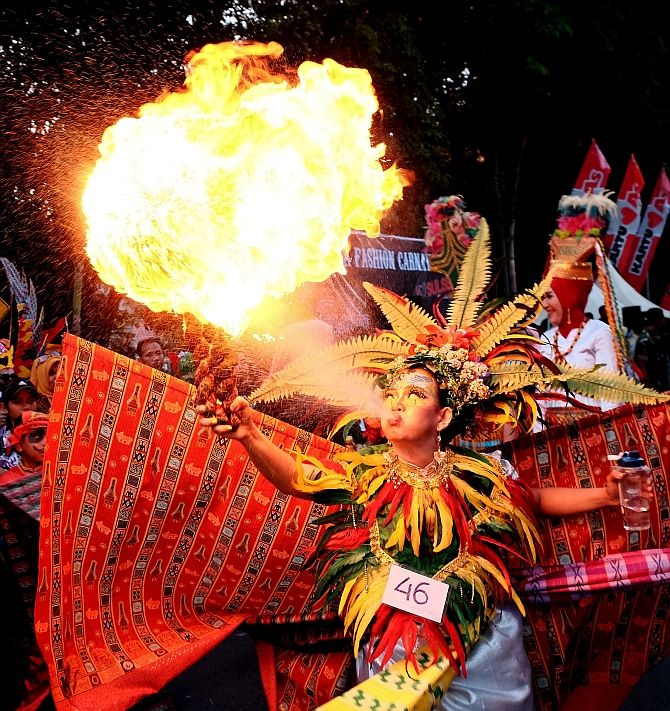 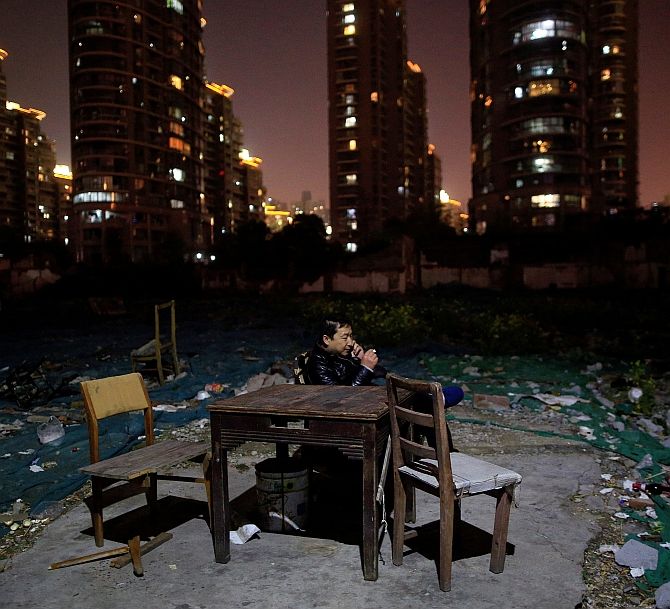 Li Guoqiang talks on his phone outside his house at Guangfuli neighbourhood, in Shanghai, China. Photograph: Aly Song/Reuters 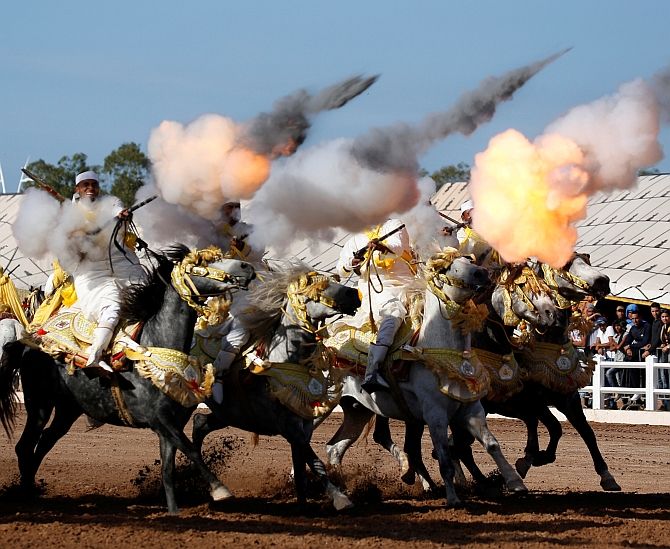 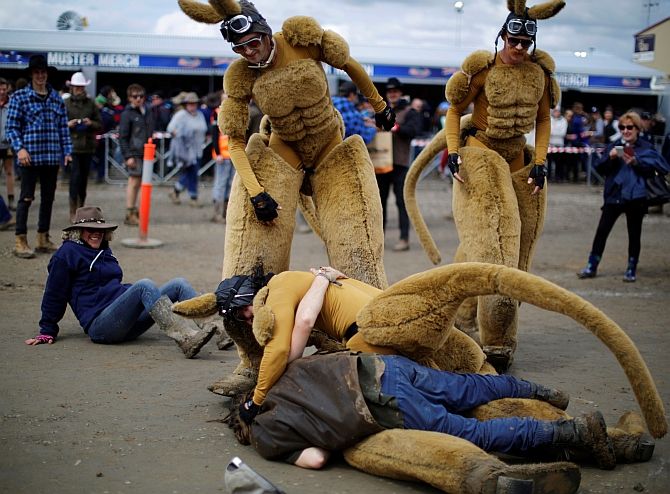 One of several men dressed as a kangaroo is tackled by a drunk man at the Deni Ute Muster in Deniliquin, New South Wales, Australia. Photograph: Jason Reed/Reuters 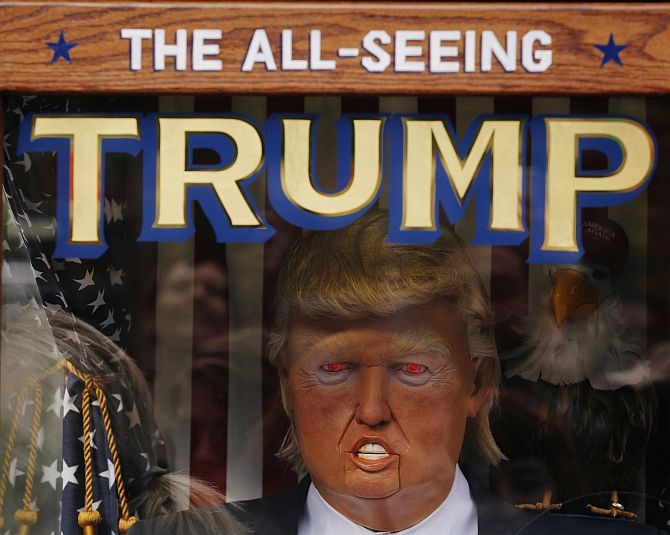 The likeness of Donald Trump stands inside of a themed fortune telling machine in Columbus Circle in New York, US. Photograph: Lucas Jackson/Reuters 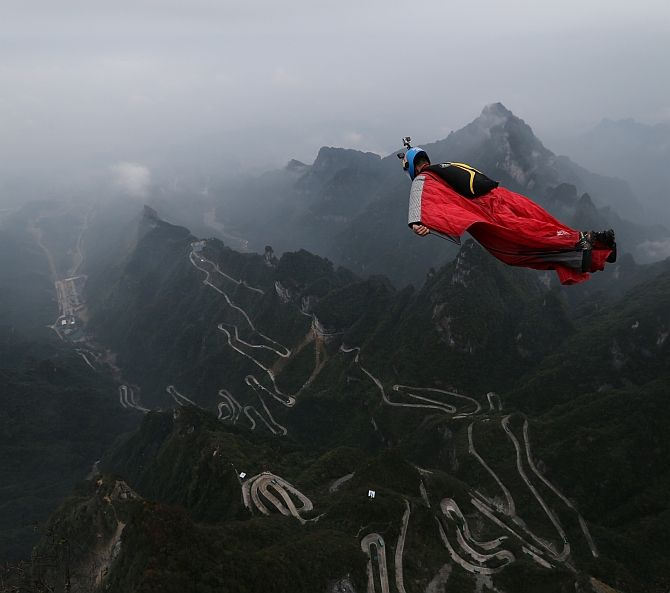 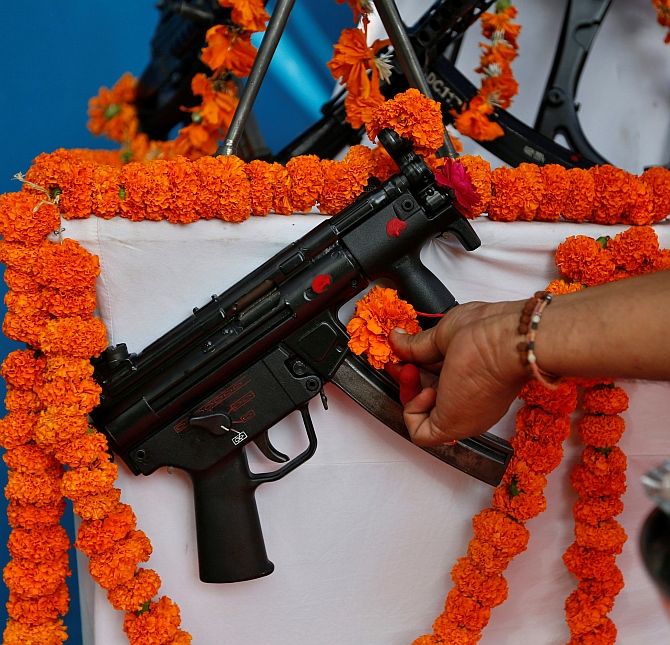 A priest offers prayers to a weapon as part of a ritual at the police headquarters on the occasion of Vijaya Dashmi or Dussehra festival in Ahmedabad. Photograph: Amit Dave/Reuters