The many moods of Nirmala Sitharaman

In a scathing attack on the Congress, defence minister Niramala Sitharaman on Monday alleged that the opposition party was "knowingly" misleading people over the Rafale jets' pricing.

Lashing out at the Gandhi family for alleging corruption in the defence contract, she told reporters at the BJP office in Mumbai that "amazing audacity" was shown by the former "in not listening" to the Supreme Court's verdict in the Rafale deal case.

She was speaking as part of the BJP's move to hold pressers in 70 cities across the country on Monday to attack the opposition party against the backdrop of the Supreme Court's verdict on Friday granting a clean chit to the government in the controversial Rafale jet deal.

The photographs below capture the many moods of the unusually combative defence minister. 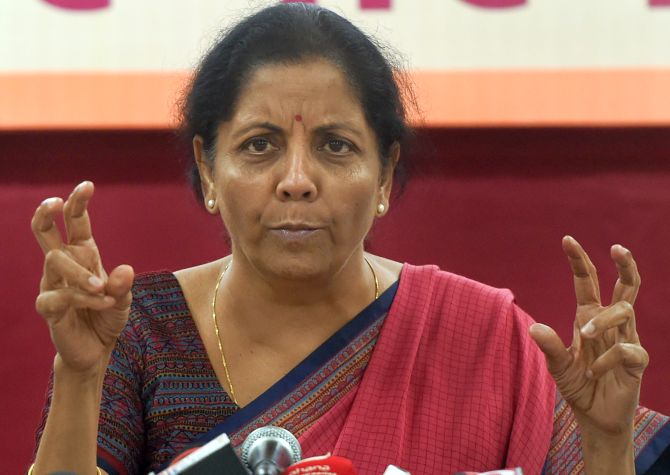 "The Congress is knowingly misleading people on the pricing of the Rafale jets. The stance of the country's 'first family' in not listening to the apex court's order on the Rafale deal case petition can be termed as, with due respect, amazing audacity." 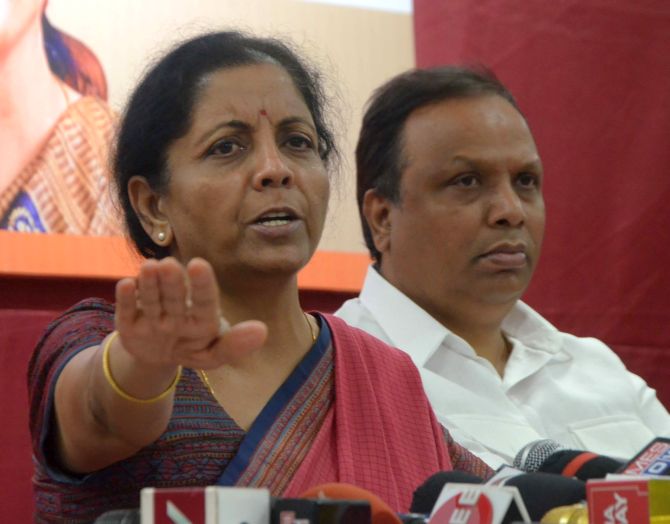 "We've given the price to the CAG, in a parliamentary system the CAG looks into it and then its report goes to PAC. The PAC will have a look at it and then it'll become a public document. It is a process and it has commenced." 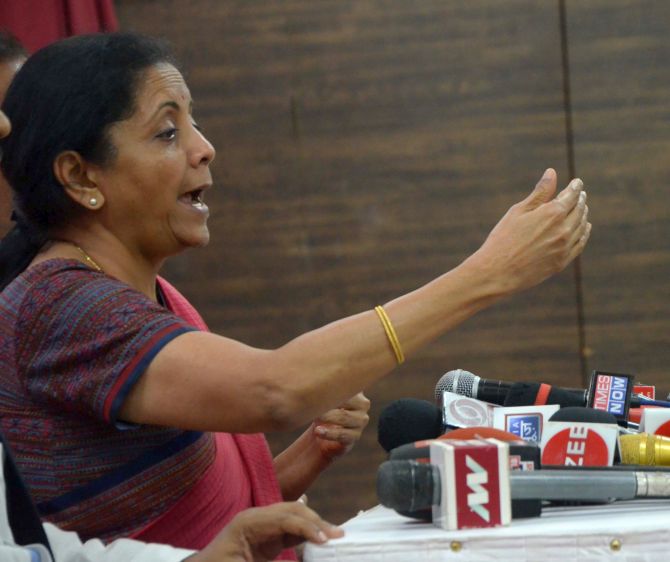 "In the affidavit we've given the data and the information. We think there's an interpretation problem, we would like you (court) to look at it and correct it. That's our appeal to the court, we'll wait for them to take the call."

How will it affect the verdict? 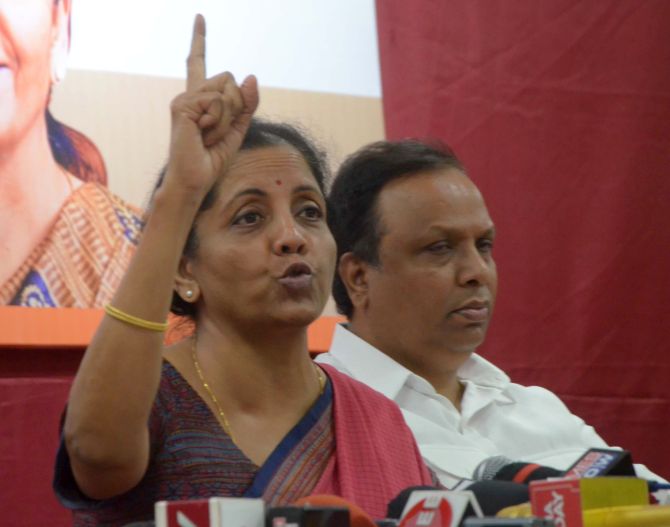 "The past tense, future tense, present tense and present continuous tense has come into play. That is post the decision, is it not? Therefore, how is it going to affect the verdict?" 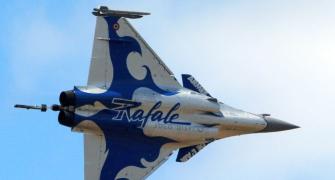