Five Lashkar-e-Tayiba and Hizbul Mujahideen terrorists, including the one involved in last year's deadly attack on a cash van in which five policemen and two bank guards lost their lives, were killed in an encounter on Saturday in Kulgam district of Jammu and Kashmir, police said. 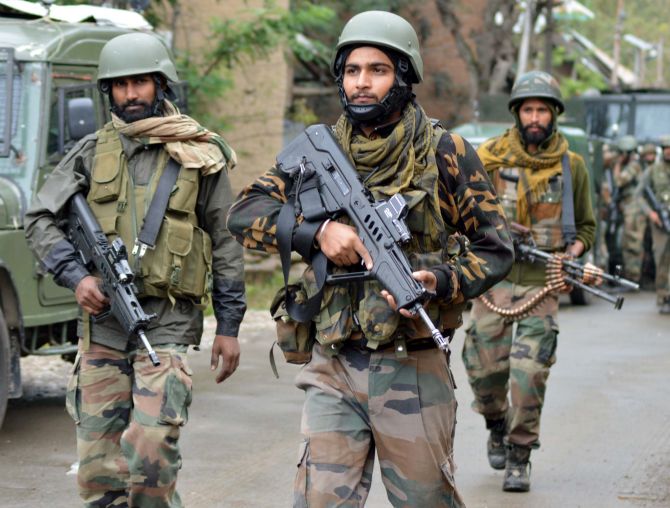 A civilian was also killed and 10 others injured in clashes near the encounter site when protesting youths started pelting stones at the security forces, an official said.

Security forces had launched a search operation late on Friday night in Chowgam area of Qazigund in south Kashmir's Kulgam district based on inputs about the presence of terrorists in the area, a police spokesman said.

He said during the search operation, terrorists fired on the search party.

"First, the civilians were moved away from the site of encounter to safer locations. Security forces then engaged the terrorists," the spokesman said.

He said in the ensuing gunfight, five terrorists were killed. 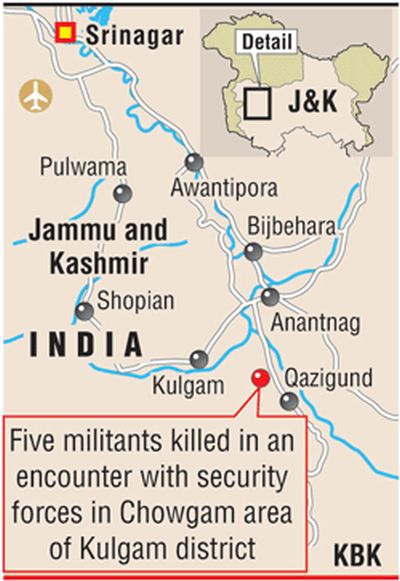 "This was a group of terrorists belonging to proscribed outfits HM and LeT," the spokesman said.

The spokesman said Paddar was a close associate of Altaf Kachroo, a top HM commander who was killed in an encounter in Anantnag last month.

"Paddar was involved in a series of terror attacks including the killings of five police personnel at Pambay last year (on May 1) along with two bank employees," the spokesman said, referring to the attack on a cash van.

Terrorists had then pulled five police personnel and two bank employees out of the van and shot them at point blank range, the spokesman said.

He said Paddar was also involved in the killing of a special police officer at Krewan Chidder in Kulgam.

"Besides, he was involved in looting police guards at Damhaal and weapon snatching cases reported across Kulgam and many other bank robbery cases attempted in the area," the spokesman said. 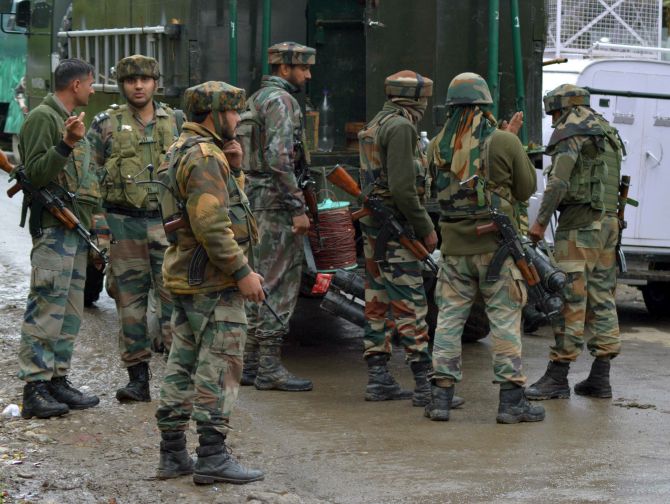 "Lone and Molvi were involved in a series of terror offences besides recruitment bid in the locality," the spokesman said.

Arms and ammunition were also seized from the site of encounter, the spokesman said.

Clashes broke out near the site of the encounter as groups of youths started pelting stones at the forces, leading to the death of one civilian and injuries to 10 others, a police official said.

Train services between Baramulla and Qazigund and mobile internet services in Anantnag and Kulgam were suspended by authorities who feared law and order problems after the encounter.