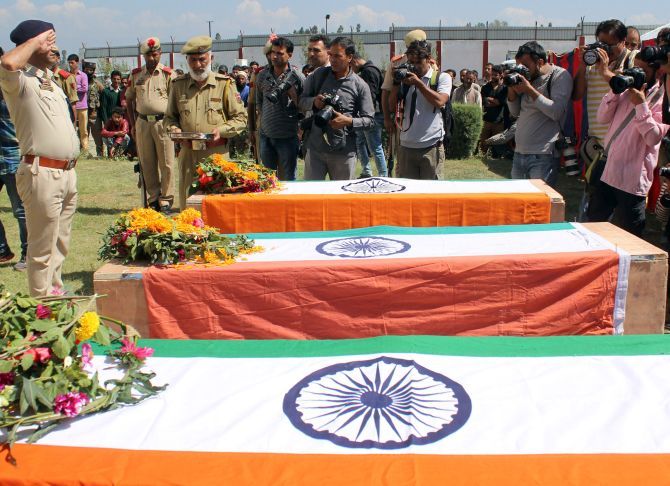 IMAGE: Police officials pay tribute to the three policemen who were killed by terrorists in Shopian, Jammu and Kashmir. Photograph: Umar Ganie for Rediff.com

Three policemen were abducted from their homes in south Kashmir's Shopian district and shot dead in cold blood by the terrorists of Hizbul Mujahideen and Lashker-e-Tayiba on Friday, police said as a new page opened up in the three-decade chapter of militancy in Jammu and Kashmir.

Based on initial probe, the police said the dastardly action has been carried out against the special police officers (SPOs) by the banned terror groups -- Hizbul Mujahideen and Lashker-e-Tayiba.

Hours later, the Union home ministry said in New Delhi that no policeman has resigned in Jammu and Kashmir following the killing of three police personnel and described such reports as 'false propaganda' by 'mischievous' elements.

The bodies of the slain policemen -- identified as constable Nissar Ahmed and special police officers Firdous Ahmed and Kulwant Singh -- were found in an orchard across a river, officials said in Srinagar.

A video purportedly from the Hizbul Mujahideen had warned all Kashmiri residents working as SPOs to tender their resignations. There are over 30,000 SPOs in Jammu and Kashmir.

Inspector General of Police (Kashmir range) Swayam Prakash Pani termed the incident cowardice and said 'the terrorists are desperate as they are feeling the heat from security forces'.

"We have lost three of our brave colleagues in a barbaric terror strike. Our tribute to the three martyred jawans. We will soon bring all the culprits before law," he added.

The three policemen were kidnapped early on Friday morning from their homes at Batagund and Kapran villages, police said.

The residents of Batagund village chased the terrorists and pleaded with them to not abduct the men. The abductors fired shots in the air and threatened the villagers, officials said.

The terrorists crossed a river in the area and shot them dead, the officials added.

A post on a Twitter handle purportedly belonging to the Hizbul Mujahideen group claimed responsibility for the incident. Security agencies also believe that Hizb terrorists are behind the killings.

The abduction of the policemen from their homes and the killing is the first in the three decades of militancy in the state. Earlier, policemen have been targeted on the road or during their duties.

The killings are believed to have triggered panic in the lower ranks of the police department with at least six policemen resigning. Two of them issued video messages dissociating themselves from the force.

"My name is Irshad Ahmad Baba and I was working as a constable in the police. I have rendered my resignation...," said one of them in a video being widely circulated on social media in Srinagar.

Tajalla Hussain Lone, an SPO, said he had resigned from the police department on September 17 and was issuing the video to put to rest any doubts that he had done so.

Police refused to comment on the resignations, saying they would verify the information.

Hizbul Mujahideen commander Riyaz Naikoo has several times warned local policemen, especially SPOs, to resign from the force, saying that the government is using them.

In its statement, the Union home ministry said reports have appeared in a section of the media that some special police officers (SPOs) in Jammu and Kashmir have resigned, but the state police has confirmed that these reports are 'untrue and motivated'.

"These reports are based on false propaganda by mischievous elements," it said.

The ministry said Jammu and Kashmir has a professional and committed police force, which is fully geared up to meet the security challenges, including those related to the forthcoming panchayat and urban body elections.

"There are over 30,000 SPOs and their services are reviewed from time to time. Some mischievous elements are trying to project that those SPOs whose services are not renewed due to administrative reasons, have resigned," it said.

The ministry said terrorists are on the backfoot in Jammu and Kashmir and 28 militants have been neutralised this year alone in Shopian district, where the Friday incident took place.

"Due to pro-active actions of the state police, militants have been pushed to a corner and are being driven to desperation," it said.

"Three more policemen have lost their lives to militant bullets. Outrage, shock & condemnation will be expressed by all of us on expected lines. Unfortunately, it brings no solace to the families of the victims," she said.

The Centre's muscular policy, she added, was not working at all with the rise in kidnapping of police personnel and their families.

'Dialogue, the only way forward seems to be a distant dream for now,' she tweeted.

The policemen were abducted nearly three weeks after terrorists abducted relatives of policemen from various places in south Kashmir on August 30. The relatives were later released.

At least eight people whose relatives worked in Jammu and Kashmir Police were abducted.

Naikoo had purportedly claimed responsibility for the abductions in a 12-minute video, issuing a three-day deadline for the release of all relatives of terrorists who were in police custody.

The latest round of killings comes soon after elections to panchayats and urban local bodies were announced. 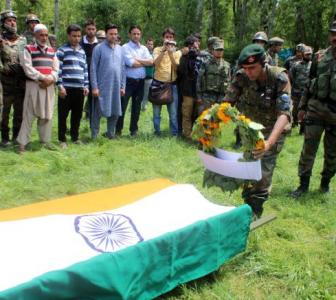 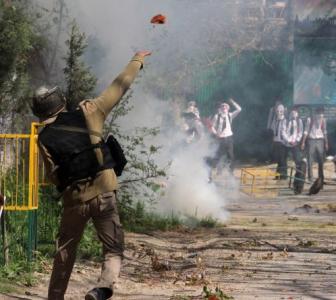 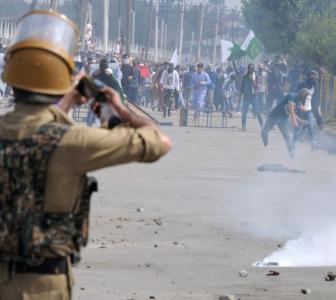 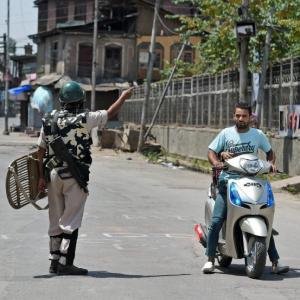