Over four days all of Tamil Nadu is caught up in celebrating Pongal, the state's harvest festival. From a bonfire to worshipping cattle, it is a throwback to a time when society was agrarian, says A Ganesh Nadar/Rediff.com.

Pongal, the harvest festival of Tamil Nadu, coincides with Makar Sankranti in north India. It is a non-denominational festival, celebrating as it does the harvest, and marks the first day of the Tamil month of 'Thai'.

The festival extends over four days, beginning with Bogi when old stuff is confined to the flames, as on Lohri, symbolising new beginnings, which is what the new harvest represents in an agrarian society.

The second day is Pongal, when people gather around freshly cooked Pongal (a sweet dish that is made of newly-harvested rice and lentils that is specially cooked on the day), shouting out 'Pongalo Pongal!' as the cooked dish rises in the pot (pongal literally means 'to boil over' in Tamil). In the countryside it is still a common sight to find families cooking their Pongal outside the house, in a traditional wood and coal fired stove, while in cities it is largely an indoor affair. Puja is offered to Surya the sun god, after which the Pongal and other delicacies are consumed.

The third day of the festival is Maattu Pongal, which celebrates the cow, a vital part of an agricultural society. Homes with cows wash and worship the animal on this day. In cities you will find milkmen taking their cows out to their customers' house for prayers.

The last day of the festival is Kaanum Pongal, when leftover food from the festival is served on turmeric leaves along with banana, sugarcane and betel nuts. Families also go visiting, or just spend the day outdoors. Marina beach in Chennai, for instance, would be chock-a-block with visitors on this day -- all come to enjoy the pleasant (yes, Chennai does have such days too!) January weather.

The whole idea behind the festival is to thank Mother Nature for her bounty. 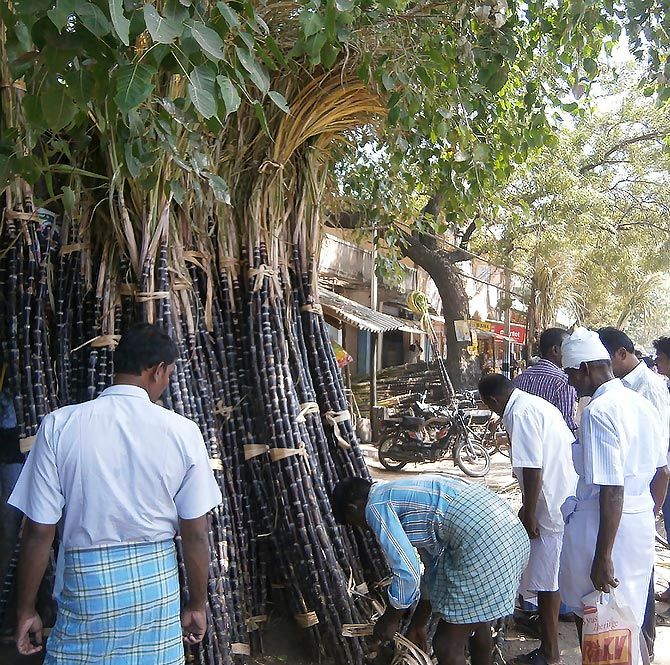 Sugarcane is an integral part of Pongal. As the festival approaches, you will find truckloads of cane driving in, and markets are adorned with bundles of it. 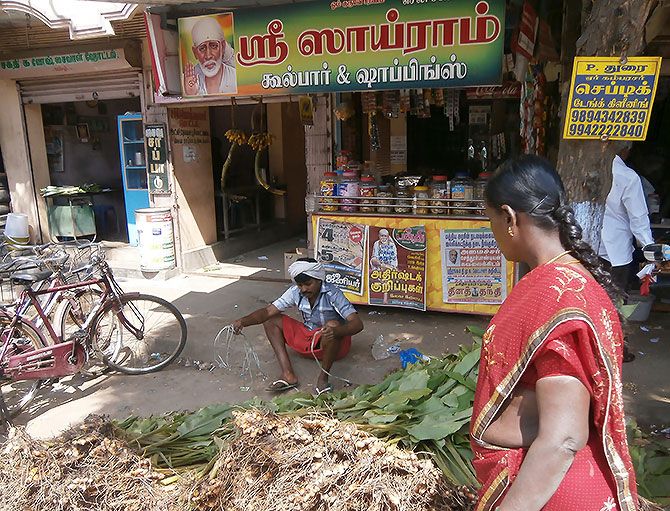 Freshly-harvested turmeric is abundantly available during Pongal. The turmeric plant is tied around the Pongal pot, and on the fourth day of the festival, food is served on the leaves. 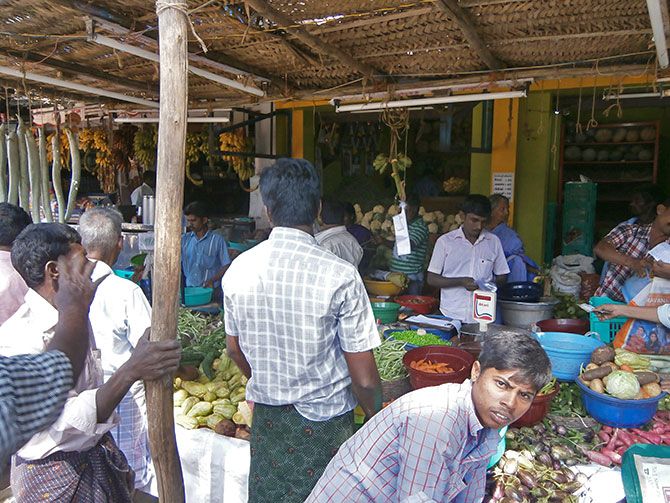 Apart from sweet Pongal, homes have a rich repast of sambar, vadas, and payasam. Vegetable shops do brisk business ahead of the festival. All festivals in Tamil Nadu feature the banana, and Pongal is no different with bananas being part of the puja plate. How can we think of any festival without flowers? Apart from flowers like jasmine which are very popular in the state, stores feature exotic flowers as well. Kolams, or rangoli in other parts of the country, are an essential part of Tamil households, and more so during Pongal when elaborate and intricate kolams are drawn outside homes to welcome the gods arriving to bless the family. 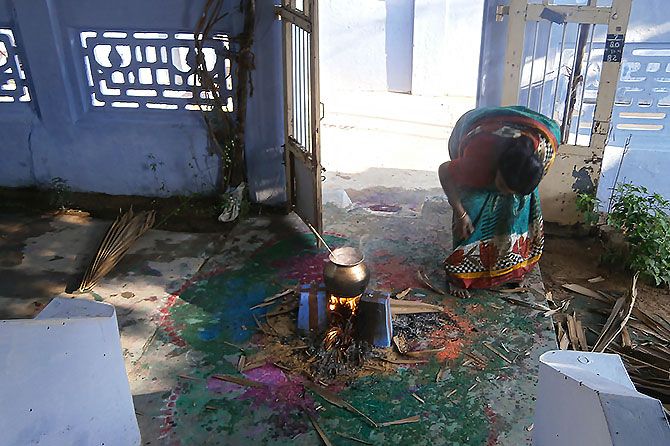 Many families still continue the practice of cooking Pongal outside the home, usually on a wood-fired stove. 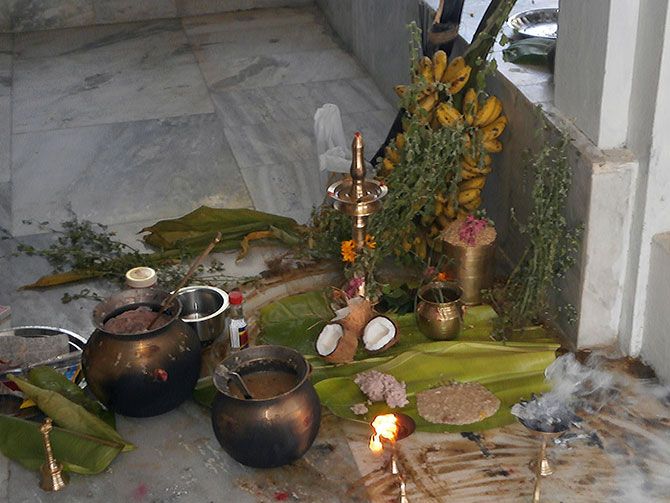 Pongal offerings ready to be offered to the gods first in puja, before the family can have a go at it. Happy Pongal!