We present some of the best photographs clicked across the globe in the month of May. 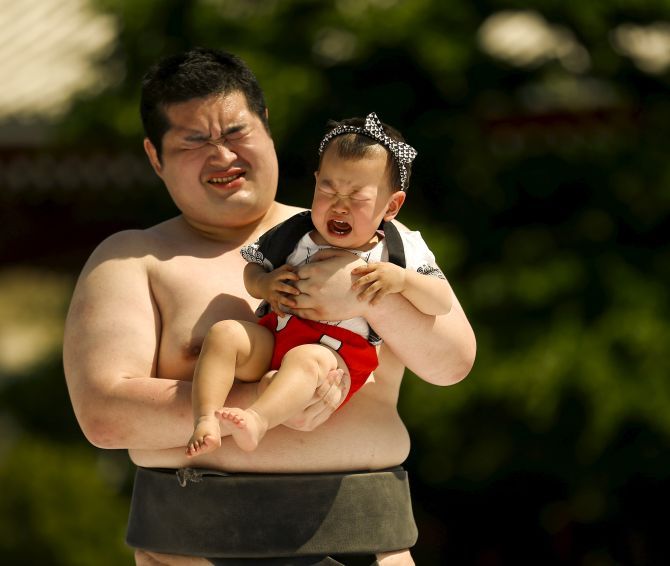 An amateur sumo wrestler holds a baby during a baby crying contest at Sensoji temple in Tokyo. In the contest, two wrestlers each hold a baby while a referee makes faces and loud noises to make them cry. The baby who cries the loudest wins. The ritual is believed to aid the healthy growth of the children and ward off evil spirits. One hundred and twenty children took part in the event, the organiser said. Photograph: Thomas Peter/Reuters 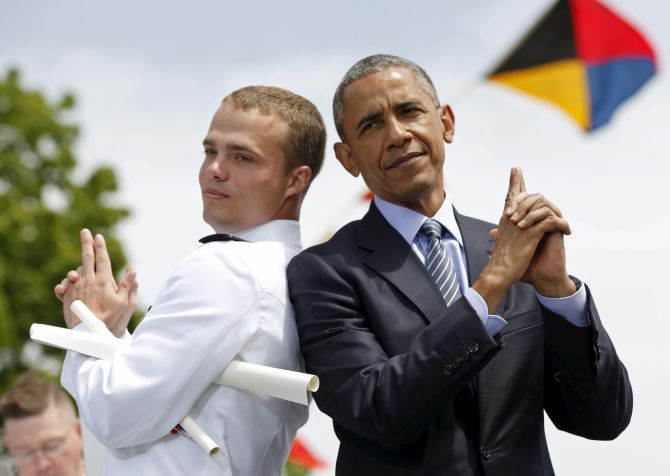 Dutch model Lisa van Heijningen, 23, presents a creation of Israeli brand Gottex, as a 17th century Dutch East India Company ship is seen in the background, during the Canal Catwalk at the Floating Fashion Week in Amsterdam, Netherlands May 21, 2015. Photograph: Cris Toala Olivares/Reuters A man holds a child on a car at North Ave and Pennsylvania Ave in Baltimore, Maryland. Baltimore police officers involved in the arrest of Freddie Gray will face criminal charges, including manslaughter and murder, in the death of the 25-year-old black man, the city's chief prosecutor said. Photograph: Eric Thayer/Reuters 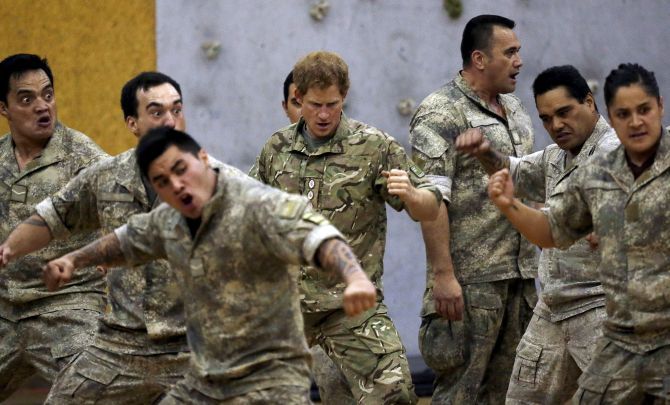 Britain’s Prince Harry performs the haka with soldiers from the 1st New Zealand Brigade during his visit to Linton Military Camp near Palmerston North. Prince Harry is on a week-long tour of New Zealand. Photograph: Anthony Phelps/Reuters 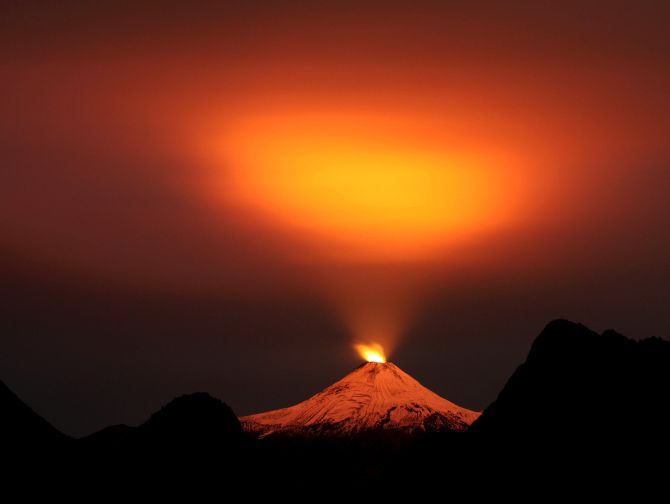 The Villarrica Volcano is seen at night in Pucon town, Chile. Villarrica, located near the popular tourist resort of Pucon, is among the most active in South America. Photograph: Cristobal Saavedra/Reuters A rebel fighter from the Ahrar al-Sham Islamic Movement carries his weapon as he moves past an injured fellow fighter during what they said were clashes with forces loyal to Syria’s President Bashar al-Assad, in al-Kafir area at the southern entrance of the town of Jisr al-Shughour, in the province of Idlib in Idlib province. Photograph: Reuters Framed pictures are seen hanging from the wall of a house damaged by earthquakes in Sindhupalchowk district. Photograph: Ahmad Masood/Reuters 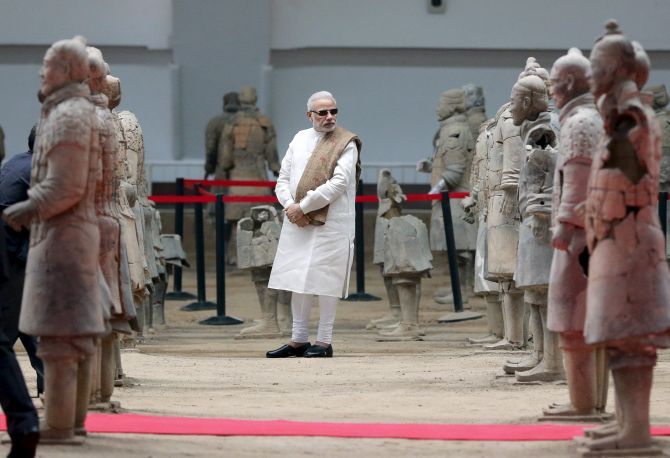 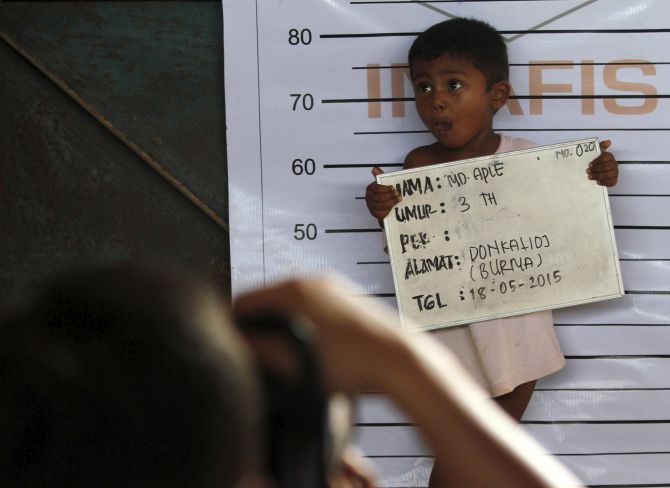 A Rohingya child who recently arrived by boat has his picture taken for identification purposes at a shelter in Kuala Langsa, in Indonesia’s AcehProvince. The United Nations has called on Southeast Asian nations not to push back the boatloads of Rohingya Muslims from Myanmar and Bangladeshis - men, women and children who fled persecution and poverty at home, and now face sickness and starvation at sea. Photograph: Roni Bintang/Reuters 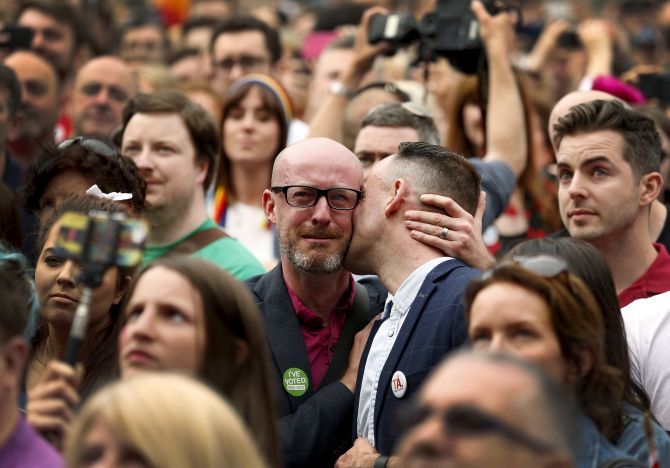 People react as Ireland voted in favour of allowing same-sex marriage in a historic referendum, in Dublin. Ireland became the first country in the world to adopt same-sex marriage by popular vote as 62 per cent of the electorate backed a referendum, official results showed. Photograph: Cathal McNaughton/Reuters 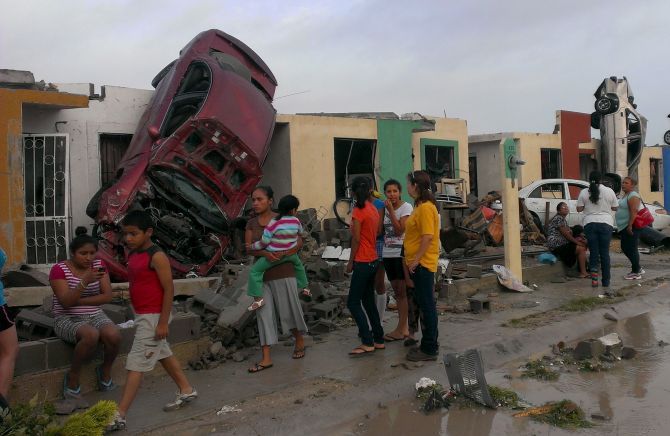 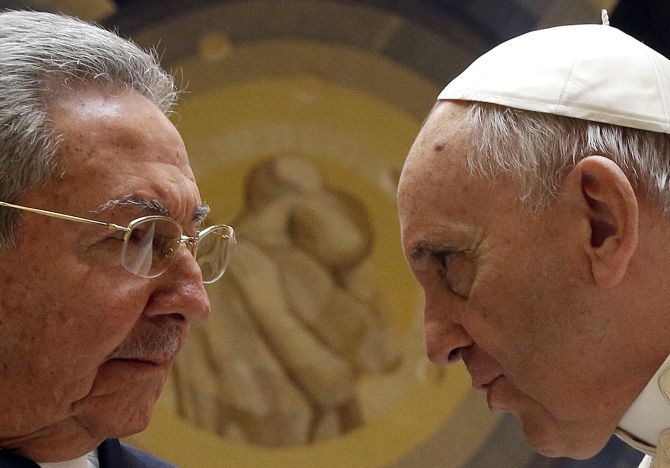 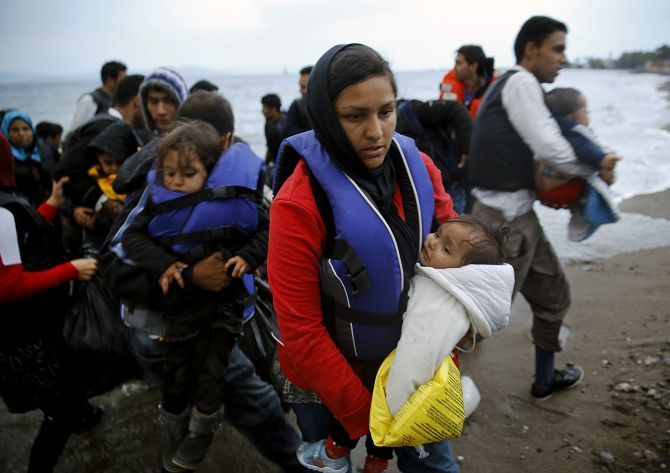 Afghan immigrants land at a beach on the Greek island of Kos after crossing a portion of the south-eastern Aegean Sea between Turkey and Greece on a dinghy. Despite the bad weather at least a dingy with over thirty migrants made the dangerous voyage to Greece. Photograph: Yannis Behrakis/Reuters