Armed with banners and placards, a group of students from schools and colleges on Thursday staged a protest outside megastar Amitabh Bachchan's residence in Mumbai over his tweet supporting the Mumbai Metro project. 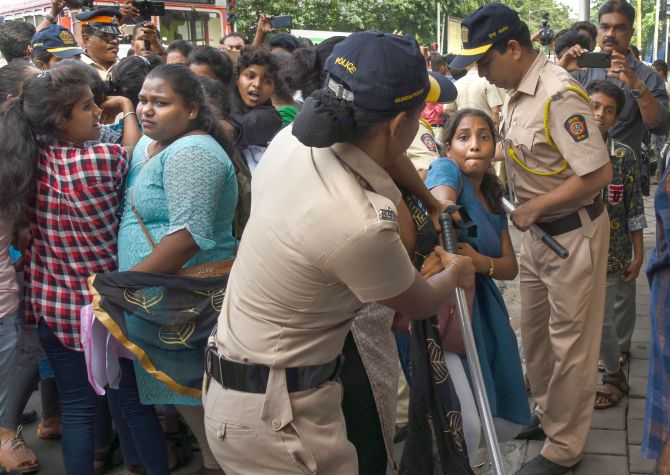 As many as 22 students were detained when they squatted on a road near Bachchan's bungalow in suburban Juhu and engaged in slogan shouting, police said.

The 76-year-old Bollywood icon, himself a face of several environmental campaigns, is facing flak from certain quarters for coming out in support of the Metro project.

His stand has not gone down well with activists opposing the proposed felling of over 2,600 trees in Aarey Colony, a green belt, to make way for a Metro car shed.

According to senior inspector from the Juhu police station Pandrinath Vahwal, "The students, under the banner of the Vidhyarthi Bharatiya Sanghatna, landed outside Bachchan's `Pratiksha' bungalow holding banners and placards."

Their banners and placards had messages calling for saving Aarey Colony and opposing the proposed hacking of trees in the sprawling green belt in the suburbs. 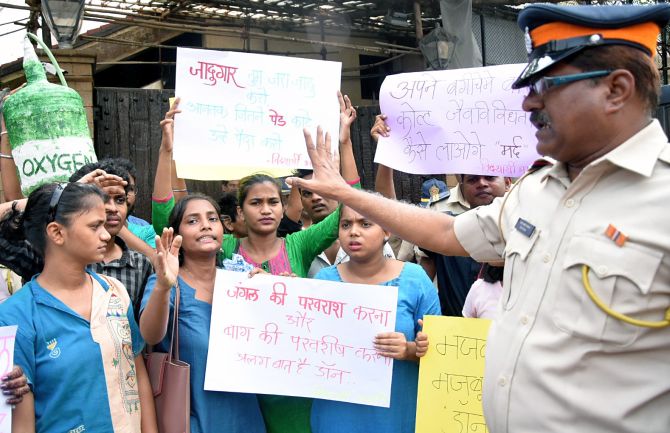 Initially, the students, studying in schools and colleges in Mumbai and adjoining areas, were protesting silently, but later they squatted on a nearby road and started shouting slogans, he said.

"Police detained 22 students and after taking their details we will release them," the inspector said.

A group of activists opposing the proposed felling of trees in Aarey Colony had staged a silent protest at the same spot in Juhu on Wednesday.

Earlier on Tuesday, Bachchan in a tweet said, "Friend of mine had a medical emergency, decided to take METRO instead of his car... came back very impressed... said was faster, convenient and most efficient... Solution for Pollution... Grow more trees... I did in my garden... have you."

However, environmental activist Zoru Bhathena, who has filed a petition in the Bombay high court against the civic body's approval for felling of the trees, asked the megastar to visit Aarey to understand the ground reality and also hit out at the Metro project authorities.