63.36% votes cast in 2nd phase of J'khand poll amid violence

An estimated 63.36 per cent votes were cast on Saturday in the second phase of election for the assembly in Jharkhand where one person killed was in firing by security personnel near a polling booth. 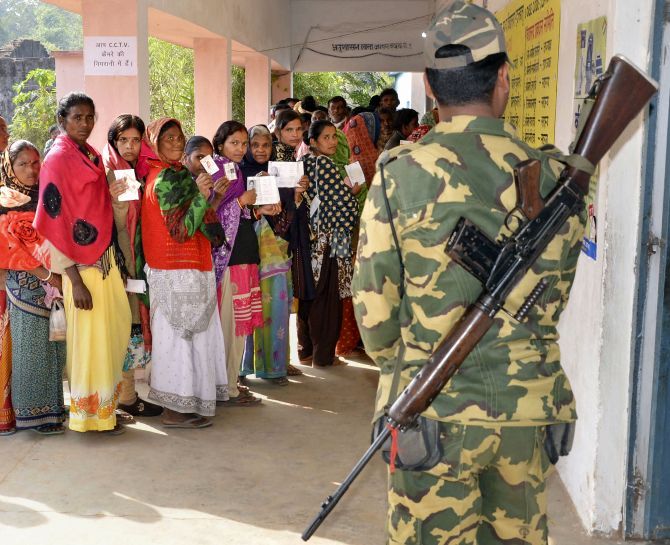 IMAGE: A security jawan guards as people wait in queues to cast their votes at a polling station during the second phase of Jharkhand assembly elections at Bundu, 45 kms from Ranchi,. Photograph: PTI Photo

The voting figure is likely to go up as reports from remote places are awaited.

Polling in the 20 constituencies had begun at 7 am amid tight security.

It ended at 3 pm in 18 of them while in the rest two -- Jamshedpur (East) and Jamshedpur (West) -- the polling ended at 5 pm, Election Commission sources said.

Chief Minister Raghubar Das was in the fray in Jamshedpur (East).

Jharkhand Additional Director General of Police Murari Lal Meena said the man was killed when personnel of the Rapid Action Force fired on the assailants near booth number 36 in Sisai constituency for trying to snatch their arms.

Two persons who were injured in the incident were admitted to hospital, said Meena, who is also the nodal officer for assembly election-related security measures.

Jharkhand Chief Electoral Officer Vinay Kumar Choubey said the incident is being probed and polling in the booth had been suspended. 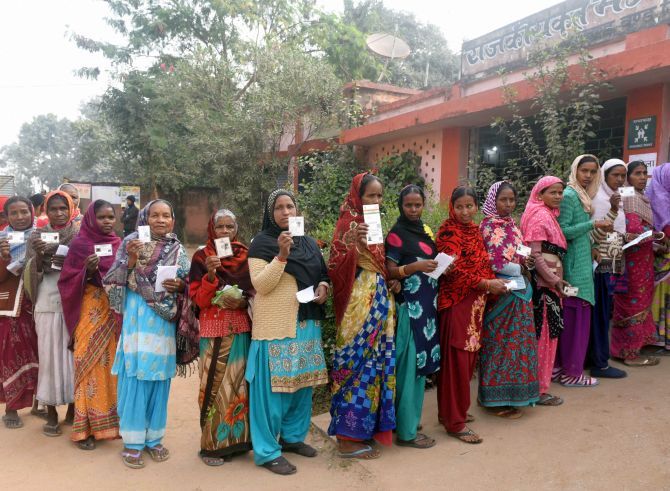 IMAGE: Women stand in queues to cast their votes at a polling station. Photograph: PTI Photo

A large number of people were seen waiting in long queues braving cold conditions to cast their votes in Baharagora and Chaibasa constituencies, the officials said.

A total 48,25,038 voters, including 23,93,437 female and 90 third gender voters, were eligible to exercise their franchise to decide the fate of 260 candidates, including 29 women nominees and 73 independents.

According to the police, more than 42,000 security personnel, including central forces, have been deployed in the 20 constituencies spread across seven districts.

Several constituencies where polling was held in this phase of polling were Naxal-affected and armed police have been deployed as a part of the security measure, Choubey said.

Out of a total of 6,066 polling stations, 949 have been declared as critical and 762 as sensitive in Naxal-affected areas, he said.

The CEO said that 101 polling stations have been relocated due to security reasons and free transport facility has been arranged for voters to reach these stations.

Webcasting facilities has been made available at 1,662 polling stations, he said. The BJP contested in all the 20 constituencies in the second phase, while the opposition alliance of the Jharkhand Mukti Morcha and the Congress contested in 14 and six seats, respectively.

The Rashtriya Janata Dal, which got a total of seven seats as per the seat-sharing formula of the opposition combine, had no candidate in this round.

National Democratic Alliance ally All Jharkhand Students Union part, which contested the assembly elections on its own for the first time since the creation of the state, has fielded candidates from 12 constituencies in this phase. 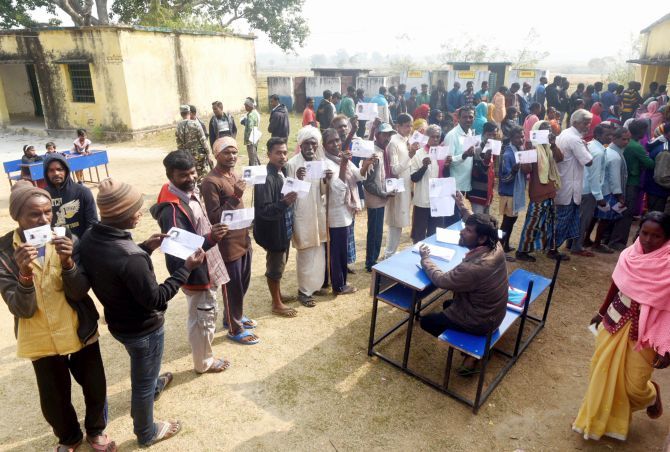 The Jharkhand Vikas Morcha (Prajatantrik) nominated leaders in all the 20 seats and the Bahujan Samaj Party in 14.

Six candidates of the All India Trinamool Congress were also in the fray in the second round.

Counting will take place on December 23. 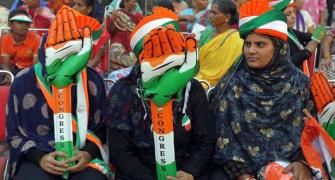 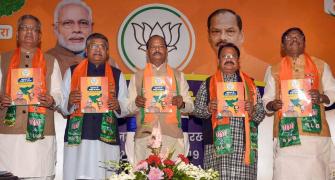 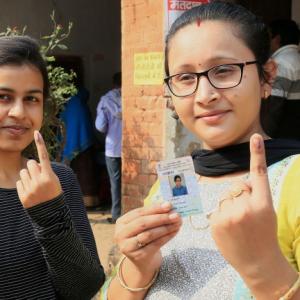 64.12% votes cast in 1st phase of polling in Jharkhand 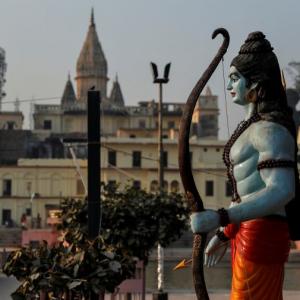