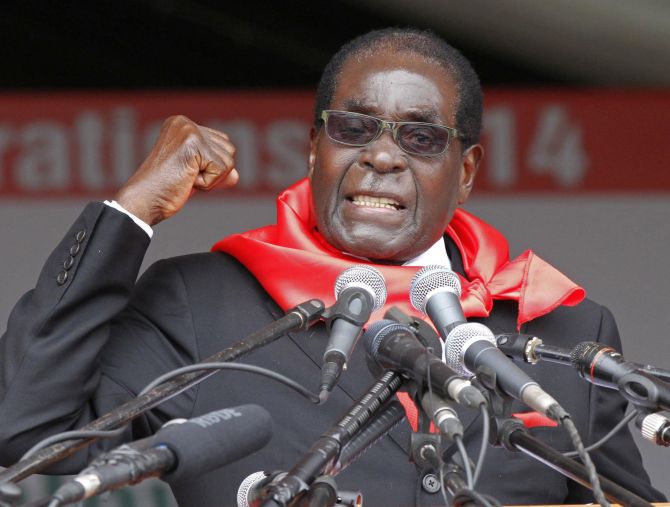 The 93-year old clung on for a week after an army takeover and expulsion from his ruling ZANU-PF party, which also told him to leave power.

"I Robert Gabriel Mugabe in terms of section 96 of the constitution of Zimbabwe hereby formally tender my resignation... with immediate effect," said speaker Mudenda, reading the letter. 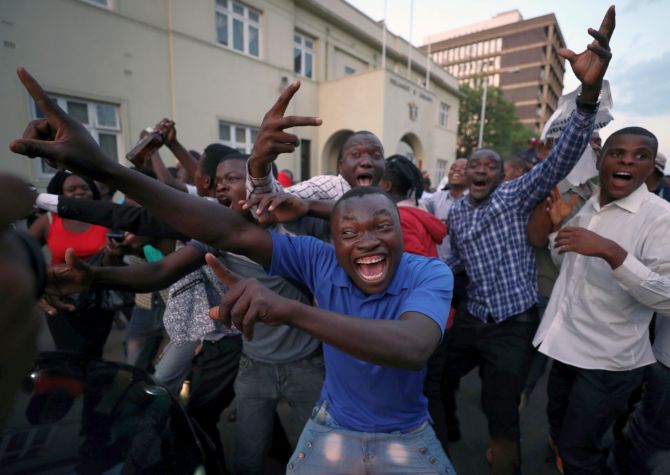 Wild celebrations broke out at a joint sitting of parliament when Mudenda announced the news and suspended the impeachment procedure.

Mugabe had ruled Zimbabwe almost unopposed since the country won independence from Britain.

But his efforts to position his wife Grace as his successor triggered fury in the military that had underpinned his regime. 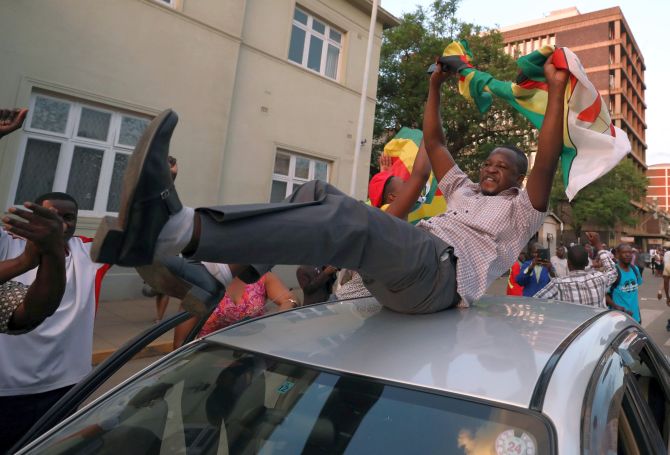 IMAGE: Zimbabweans waited for this moment for too long. Photograph: Mike Hutchings/Reuters

Tension had been building within Zimbabwe since Mugabe last week fired Emmerson Mnangagwa as vice-president, accusing him of plotting to take power from the 93-year-old President.

Mnangagwa had been in the government for decades and was a soldier during the nation's war for independence in the 1970's.

He was also considered as the successor of the president and is popular with the military.