Here's a glimpse of all that happened around the world last week, in 14 images 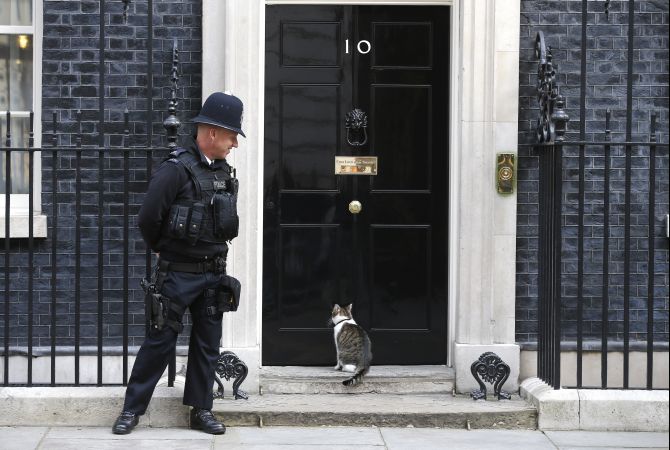 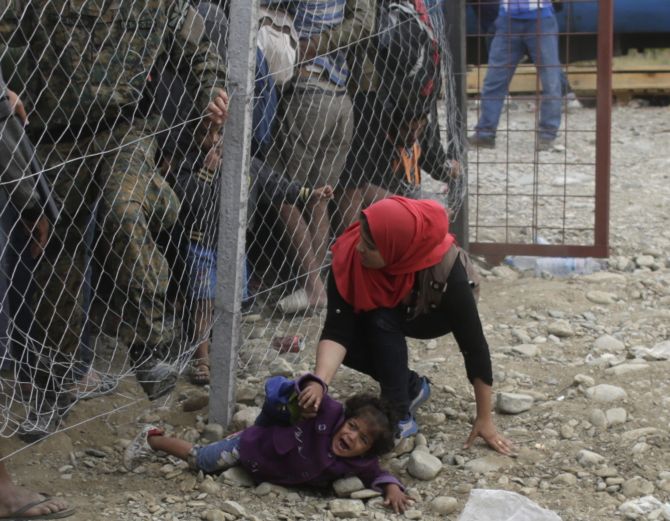 Image: Police try to stop migrants going under a fence to board a train at a station near Gevgelija, Macedonia. Several thousand migrants in Macedonia boarded trains on Sunday to travel north after spending a night in a provisional camp. Photograph: Stoyan Nenov/ Reuters 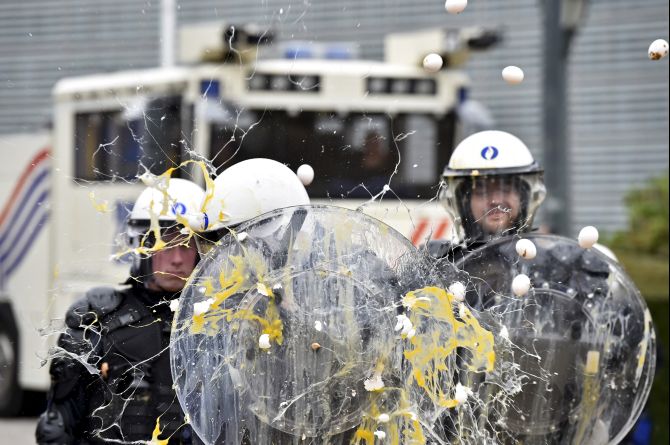 Image: Policemen are hit by eggs as farmers and dairy farmers from all over Europe take part in a demonstration outside a European Union farm ministers' emergency meeting at the EU Council headquarters in Brussels, Belgium. Thousands of farmers gathered in the European capital calling for more help with low prices and high costs. Photograph: Eric Vidal/ Reuters 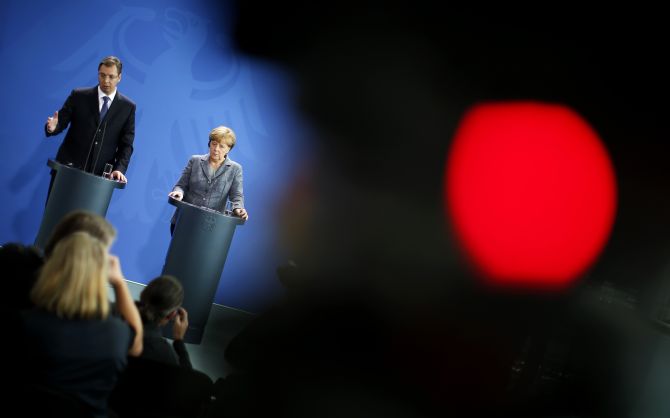 Image: Serbian Prime Minister Aleksandar Vucic (L) gestures next to German Chancellor Angela Merkel as they give a joint statement at the Chancellery in Berlin, Germany. Photograph: Fabrizio Bensch/ Reuters 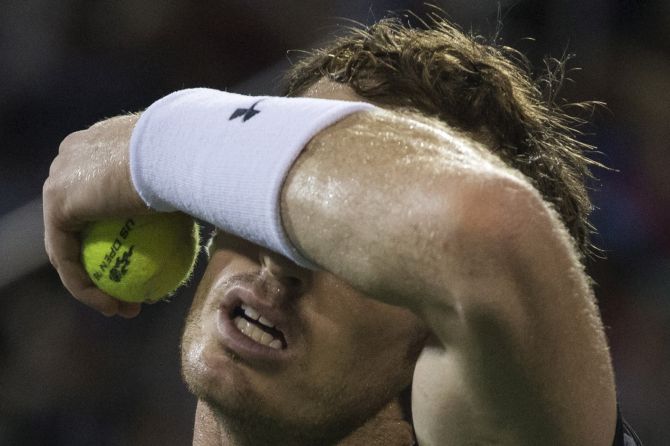 Image: Andy Murray of Britain reacts after losing a point against Kevin Anderson of South Africa during their fourth round match at the US Open Championships tennis tournament in New York. Photograph: Adrees Latif/ Reuters 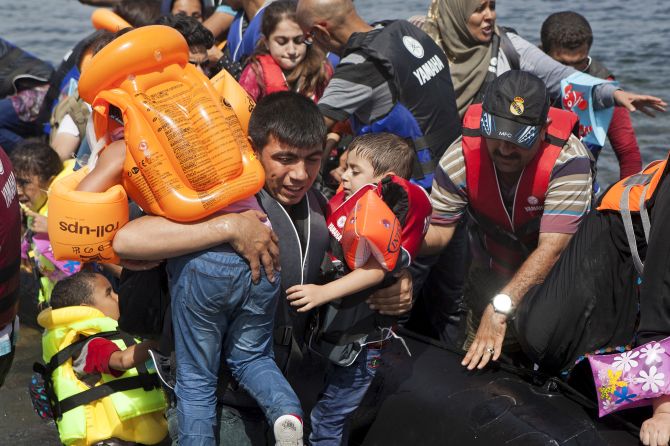 Image: A Syrian refugee (L) carries two children after arriving on a dinghy on the Greek island of Lesbos. Greece is struggling to cope with the hundreds of migrants and refugees from the war in Syria making the short crossing every day from Turkey to Greece's eastern islands, including Kos, Lesbos, Samos and Agathonisi. Photograph: Dimitris Michalakis/ Reuters 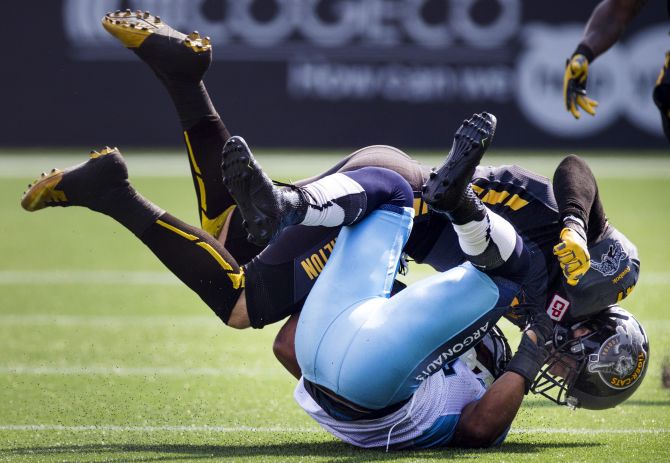 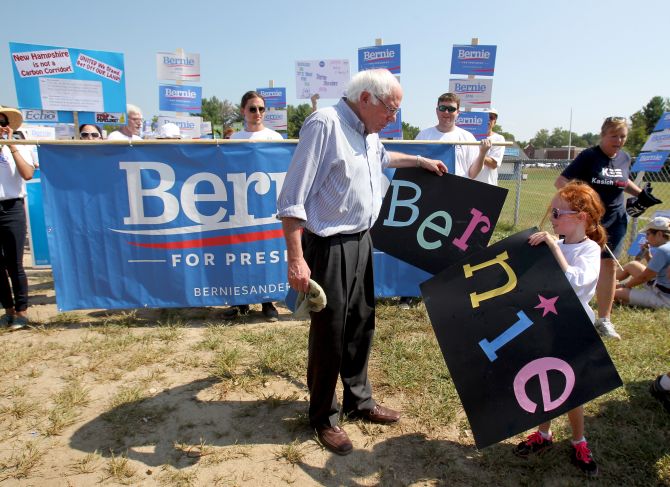 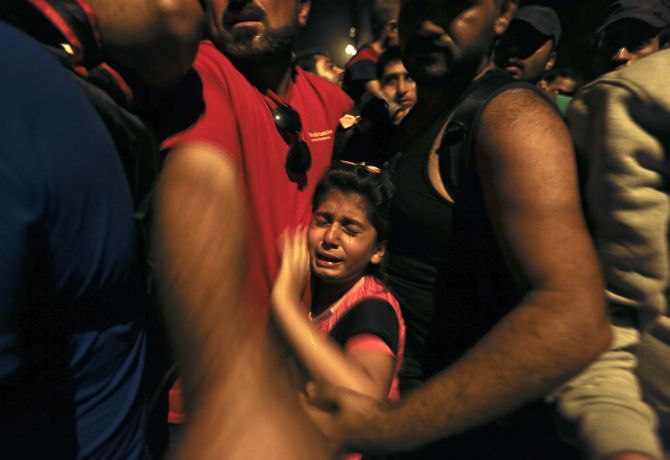 Image: A Syrian refugee child cries as she is squeezed by other refugees and migrants trying to move ahead at Geece's border with Macedonia near the village of Idomeni early morning. Thousands of migrants and refugees were crowding at Greece's border with Macedonia on Monday morning, their entry slowly rationed by Greek and Macedonian police. Photograph: Yannis Behrakis/ Reuters 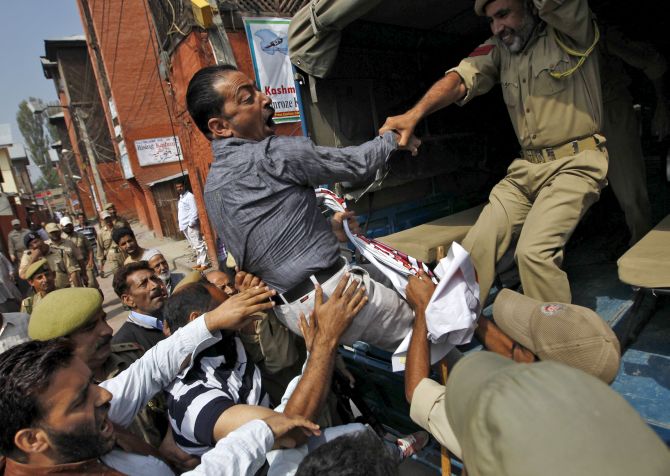 Image: A Kashmir trader is detained by police during a protest in Srinagar. Police arrested Kashmiri trade union and separatist leaders after they called a daylong strike on Monday to protest a lack of help given by the Indian government to victims of the worst flooding seen in the region in more than a century. Photograph: Danish Ismail/ Reuters 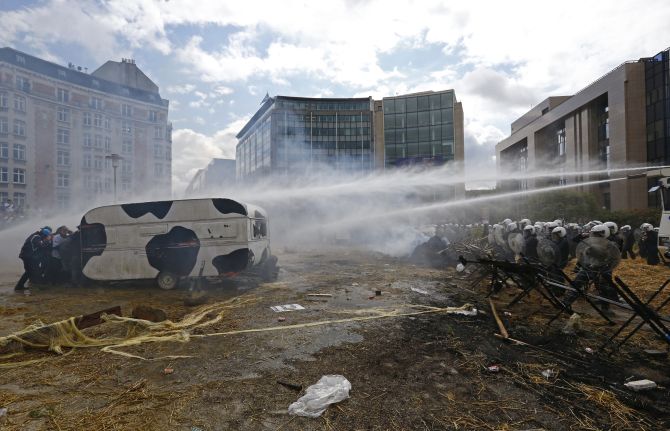 Image: Protesters shelter behind a caravan as Belgian riot police uses water canons during clashes as farmers and dairy farmers from all over Europe take part in a demonstration outside a European Union farm ministers’ emergency meeting at the EU Council headquarters in Brussels. Photograph: Yves Herman/ Reuters 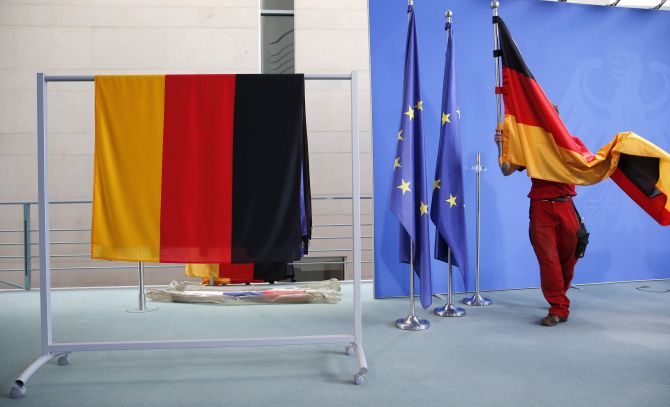 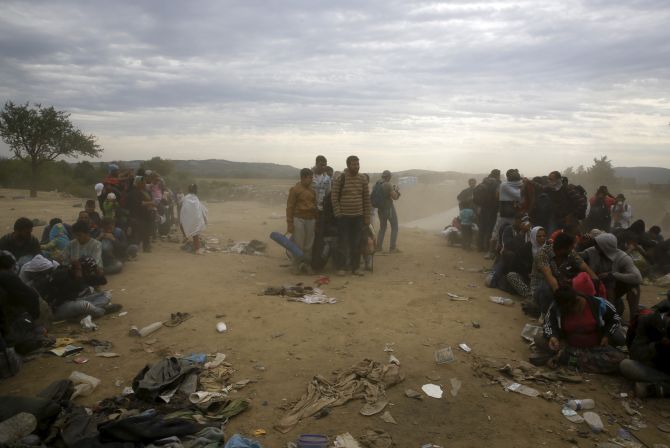 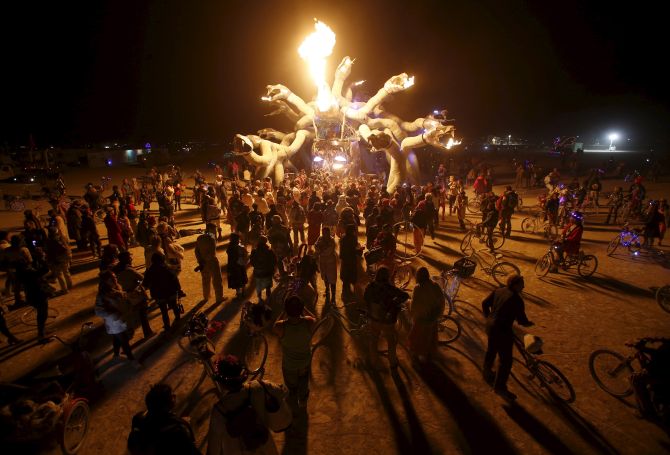 Image: Participants gather at Medusa Madness during the Burning Man 2015 "Carnival of Mirrors" arts and music festival in the Black Rock Desert of Nevada. Sunday marks the last day of the sold-out festival that gathered approximately 70,000 people from all over the world. Photograph: Jim Urquhart/ Reuters 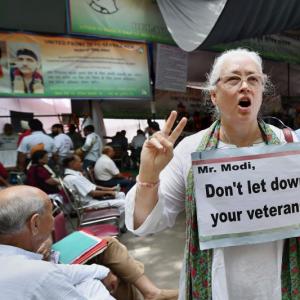