Here's a recap of events that occurred in India in the past 24 hours. A man takes out school bags from a bus which fell into a river after 50 children were rescued by locals during rains, at Bijolia in Rajasthan's Bhilwara on Monday. Photograph: PTI Jitendra Depuriya, a member of a vigilante group established to protect cows, hugs a cow, they claimed to have saved from slaughter, in Agra. Photograph: Cathal McNaughton/Reuters The National Disaster Response Force tries to locate the remains of swept away vehicles using a Eco Source Sensor in Mahad on Monday. Photograph: PTI 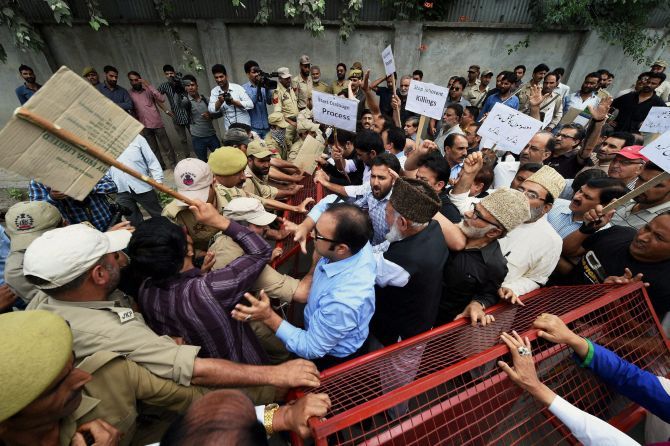 A Kanwariya dressed as Lord Shiva takes part in a religious procession during the holy month of Shravan, in which devotees fast and worship Lord Shiva for the happiness of their families in Agartala. Photograph: Jayanta Dey/Reuters 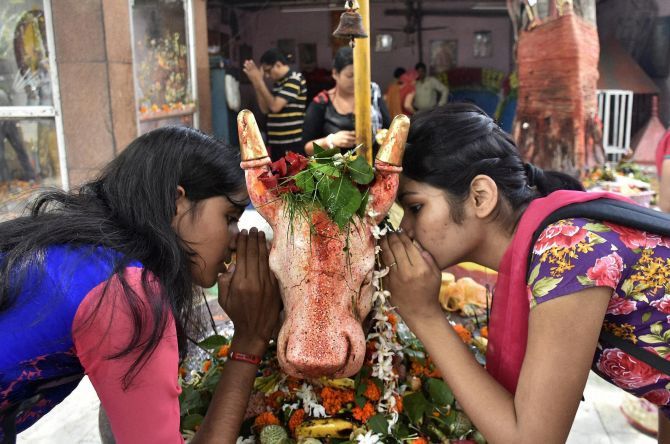 Devotees whisper wishes in the ears of Nandi at the Shiva temple during the holy month of Shravan in Patna on Monday. Photograph: Amrit Jai Kishan/PTI Security jawans conduct security checks during the 31st day of curfew and strike in Srinagar on Monday. Photograph: S Irfan/PTI

A combination photo shows Prime Minister Narendra Modi and other BJP members looking at the vote counting panel during the voting on the GST bill in the Lok Sabha on Monday. Photograph: PTI People carry their belongings as they wade through the flooded banks of River Ganga after heavy rains in Allahabad. Photograph: PTI 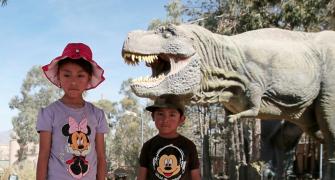 Following in a dinosaur`s footsteps 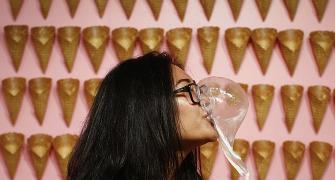 Yesterday's Photos of the Day