Prime Minister Narendra Modi at a yoga event at the Prabhat Tara ground in Ranchi said everybody should practice the ancient Indian discipline lifelong. 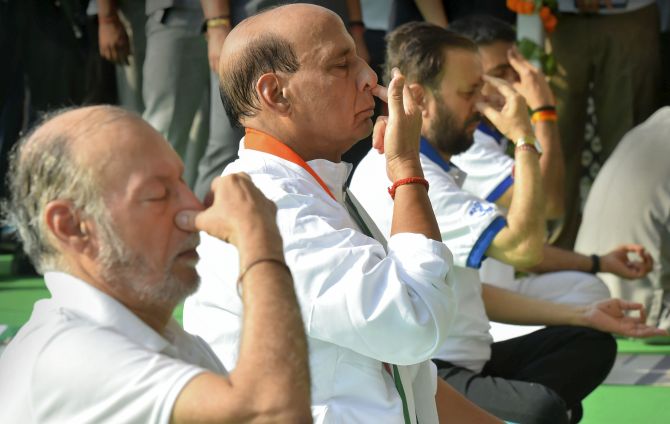 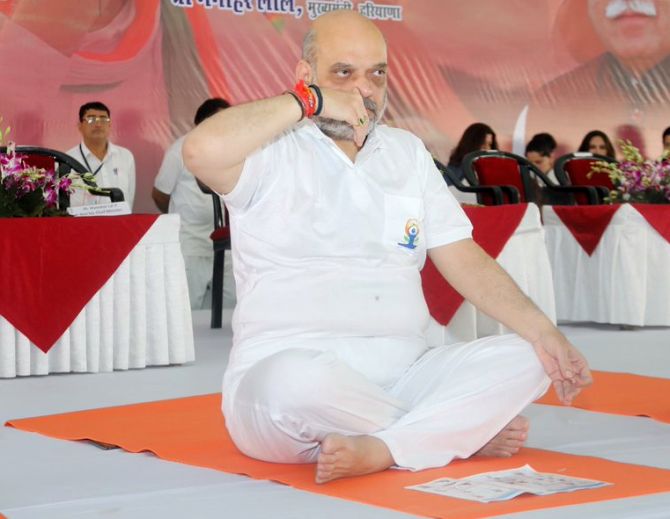 Home Minister Amit Shah participates in a Yoga day function in Rohtak along with Haryana Chief Minister Manohar Lal Khattar besides others. "Yoga is the symbol of India's ancient history and diversity which is showing the world the way towards a healthy life," he tweeted after the event. Photograph: @AmitShah/Twitter 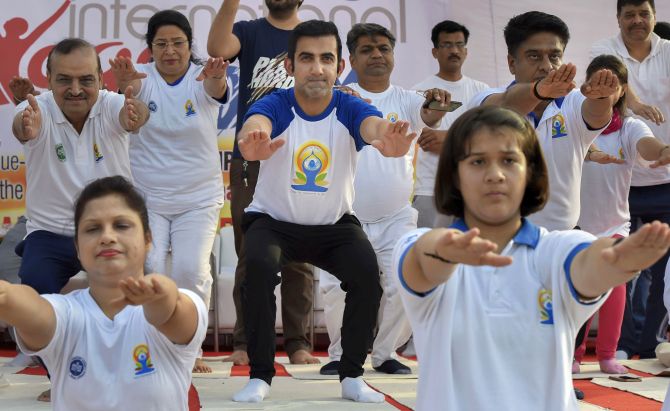 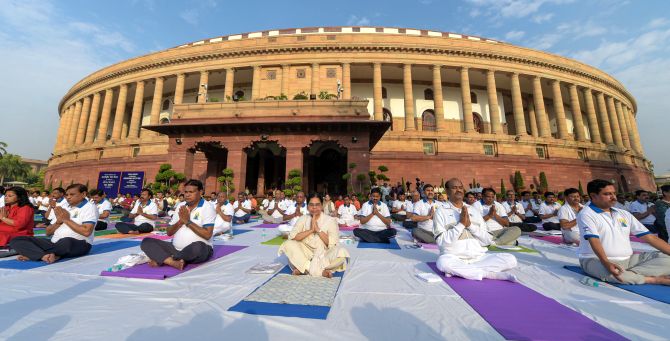 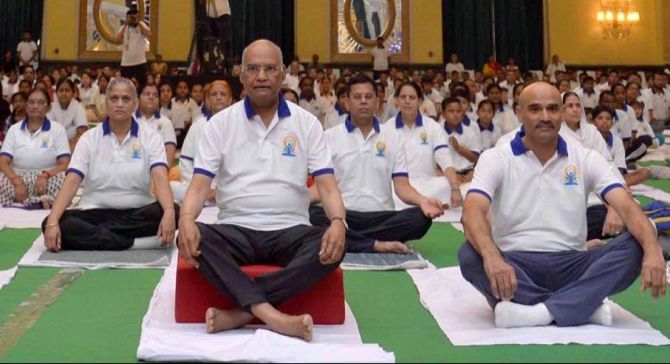 "Yoga is India's gift to humanity; it holds the key to healthy living and to that fine balance between mind and body. Do become a part of the celebration of yoga," said President Ram Nath Kovind as he too joined the celebrations from Rashtrapati Bhavan. Photograph: @rashtrapatibhvn/Twitter 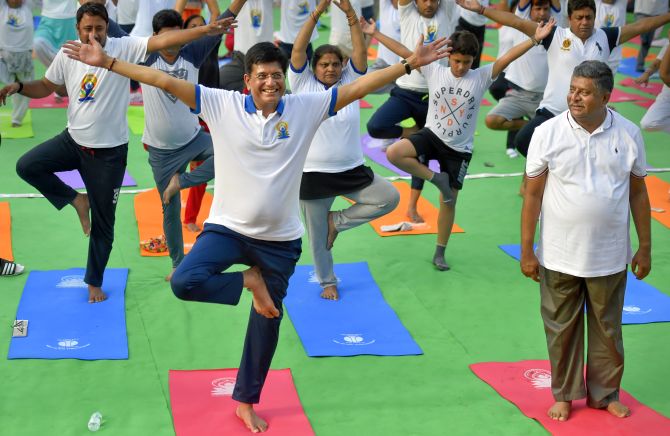 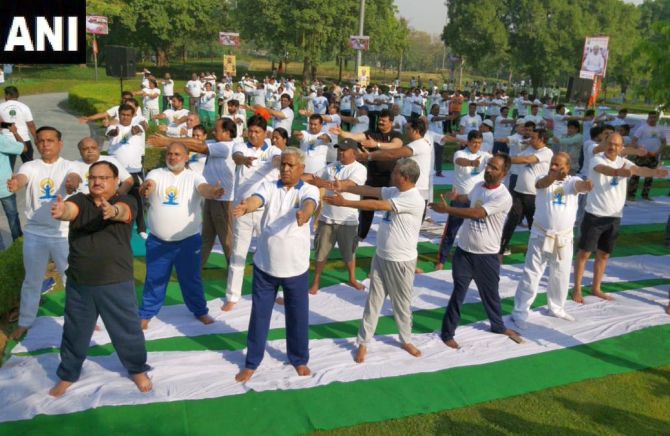 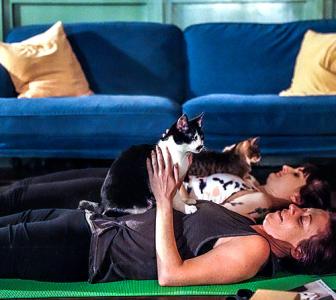 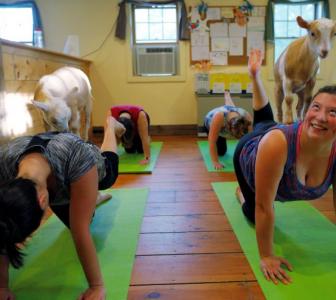 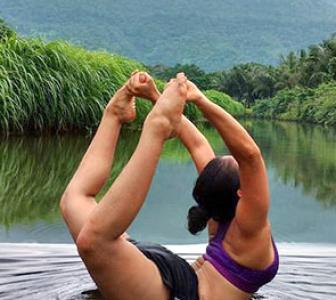 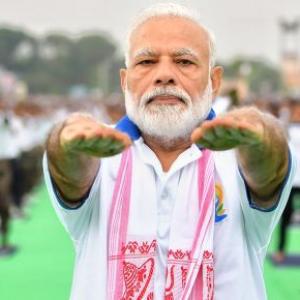 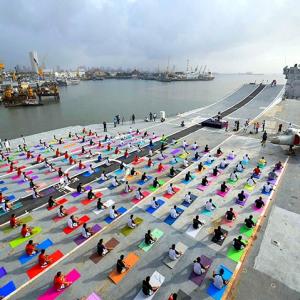 Mountains or seas... Yoga will go on!