Rains kill 7 in NE, over 4 L affected in Assam floods

Heavy monsoon showers triggered floods and landslides in parts of the Northeast, where at least seven people died on Friday and over four lakh in Assam were affected by a raging Brahmaputra, while rain-related incidents claimed 14 lives in Uttar Pradesh in past nine days. 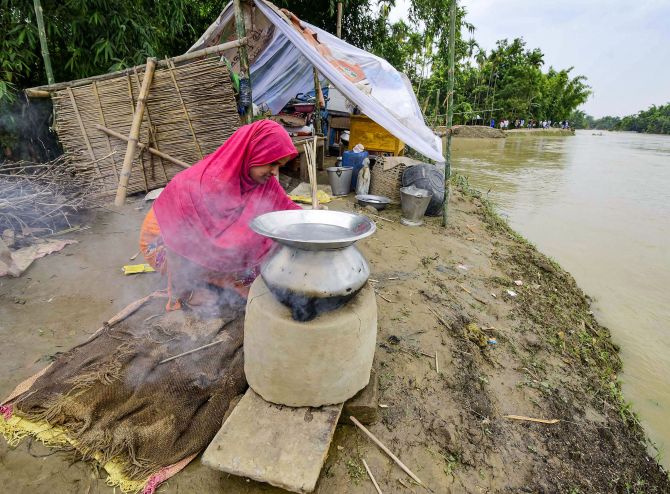 IMAGE: A flood affected woman prepares food on an embankment, at Lahorighat in Morigaon District of Assam. Photograph: PTI Photo

However, the national capital's wait for the rain continued as it witnessed a hot and humid day with the maximum temperature settling at 38.3 degrees Celsius, three notches above normal. Some relief is likely on July 15-16 as rains are expected in the city.

In Uttar Pradesh, rains lashed eastern and western parts of the state as the water level in several rivers neared the danger mark. "Fourteen persons have died between July 3 and July 11 in rain related incidents including house collapse, lightning, wall collapse," a UP Relief Commissioner office report said.

While three persons died in Fatehpur in this period, one each was killed in Mahoba, Pilibhit, Kanpur Dehat, Sonbhadra, Hardoi, Kushinagar, Pratapgarh, Sitapur, Kannauj, Barabanki and Jaunpur, it said.

Yamuna is rising in Kalpi (Jalaun) and Naini (Prayagraj). Gomti river is rising in Sitapur and Sultanpur, it said. River Sharda is flowing above the danger mark in Palliakalan (Lakhimpur) and rising in Sharda Nagar.

Rains lashed large parts of Punjab and Haryana also, bringing down the maximum temperatures below normal limits in most places. Chandigarh received a heavy downpour in the morning for a second consecutive day. 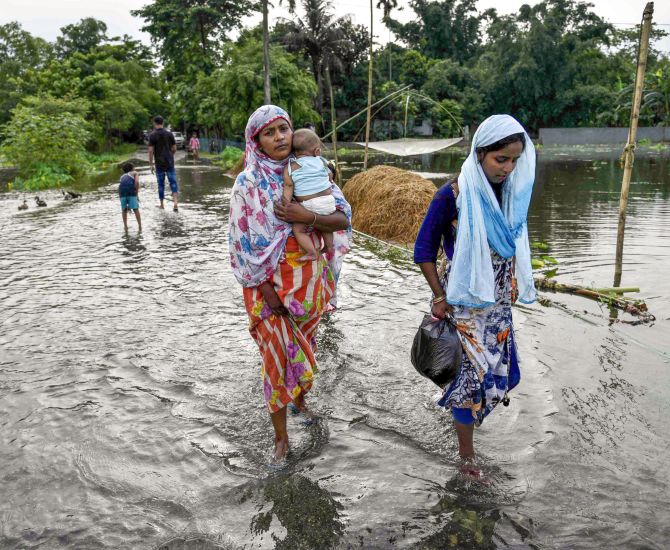 In the Northeast, while three people died in Assam, two each lost their lives in Arunachal Pradesh and Mizoram in rain-related incidents.

The flood situation in Assam remained grim with more than half of the state's 33 districts battling the raging waters of the Brahmaputra and its tributaries. The floods have led to death of three persons and affected 4.23 lakh people.

The swirling flood waters have forced the railway authority to control train services due to "settlement of tracks" in the Lumding-Badarpur hill section.

Barpeta is the worst-hit district with over 85,000 people affected.

The Assam State Disaster Management Authority said nearly 800 villages in 41 revenue circles are under water and about 2,000 marooned people have been put up in 53 relief camps and relief distribution centres.

The Kaziranga National Park, the famed habitat of the Great Indian Rhino and a World Heritage site, has been affected too. 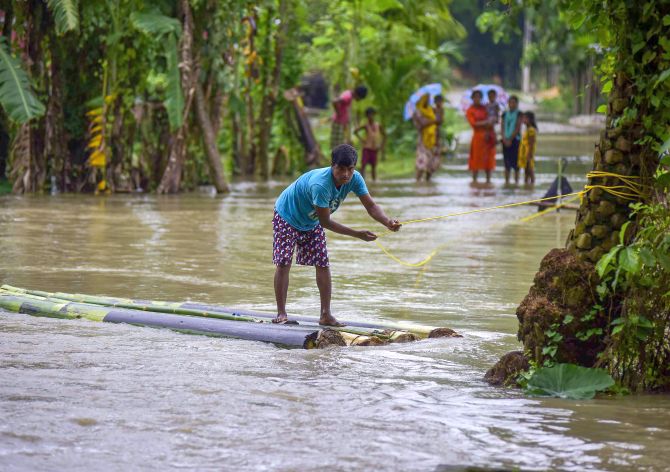 The swelling water of Khawthlangtuipui river, also known as the Karnaphuli, has submerged at least 390 houses in six villages of Lunglei district. A total of 119 families have been rescued from one of the affected villages.

Several areas of the district have been cutoff from the rest of the state due to road blocks caused by landslides. Power supply was also disrupted in many areas across the state.

In Arunachal Pradesh, two students got buried alive and two others injured after a boundary wall of a government school hostel collapsed in Tawang district due to landslides triggered by incessant downpours.

With the state capital witnessing landslides, mudslides and road blockades due to heavy rainfall for several days, the district administration has ordered closure of all schools in Itanagar till Sunday. 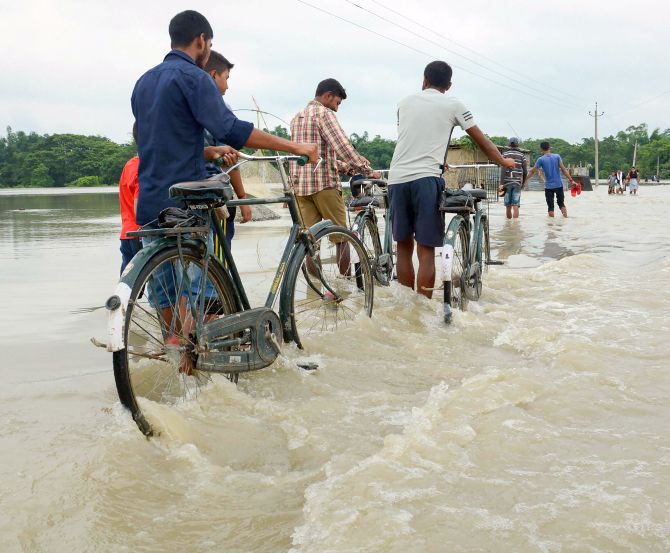 They said a significant section of the hills have collapsed and blocked the highway at around five locations between Setijhora and Kalijhora in West Bengal.

In Sikkim, landslides have occurred near Rangpo and 32 Number on the highway. Repair and restoration work is underway on a war footing at the spots but is being hampered by heavy and continuous rains.

Incessant rains over the past three days have jeopardized normal life in north Bengal, creating a flood-like situation in the low-lying areas and triggering landslides in the Hills.

The weatherman on Friday predicted downpour in north Bengal and parts of Sikkim till Monday morning.

Passenger train services between New Jalpaiguri and Alipurduar through Dooars area have been suspended, a North Frontier Railway official said.

Meanwhile, at Vadodara in the western state of Gujarat, a group of four monkeys trapped for four days on a peepal tree in the middle of a pond flooded by rainwater was rescued Friday with the help of a temporary boat and a 90-metre rope.

A forest department team tied the rope from the tree to a pole on the bank of the 30-feet deep pond. The monkeys used the rope to walk safely to the other side. 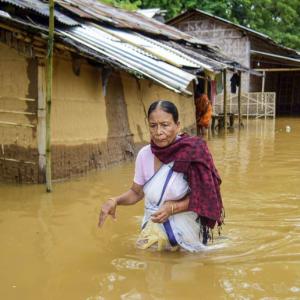 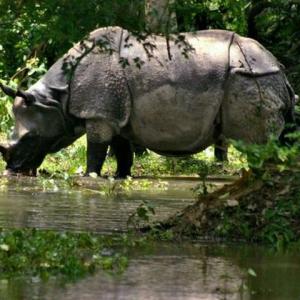