The flooding in Kerala, Karnataka and Maharashtra has left people without homes and brought about destruction worth crores.

IMAGE: A view of a flood-affected region in Malappuram district of Kerala. Photograph: PTI Photo

-- The toll in the monsoon fury climbed to 76 and 2.87 lakh persons have sought refuge in relief camps

-- Fifty eight persons are still missing, of whom 50 are in Malappuram, where the toll is 24, the highest in the state

-- Congress leader Rahul Gandhi, who is in Kerala to take stock of the flood situation, visited a relief camp at the hill town of Thiruvambady, part of Wayanad constituency, which he represents in the Lok Sabha. “In this tragedy we all are standing with you", he said, addressing the people in the camp 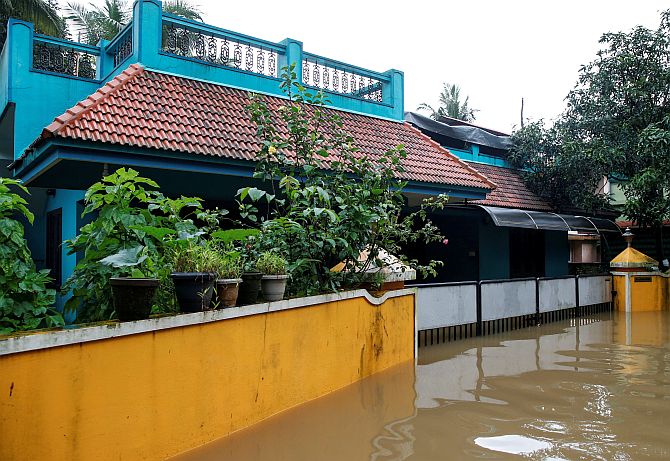 IMAGE: A view shows exteriors of a partially submerged residential house on the outskirts of Kochi. Photograph: Sivaram V/Reuters

-- Efforts are on to reach relief materials --  clothes, medicines and cleaning materials to people who have been displaced and collection centres have come up across Kerala 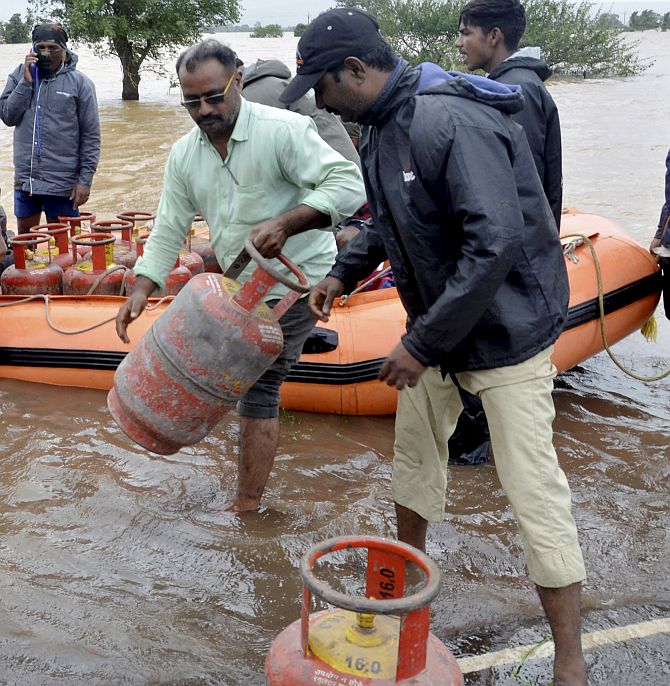 -- The Mumbai-Bengaluru National Highway, which was closed since last six days due to flooding, was partially opened for traffic in Maharashtra's Kolhapur district on Monday after the water receded 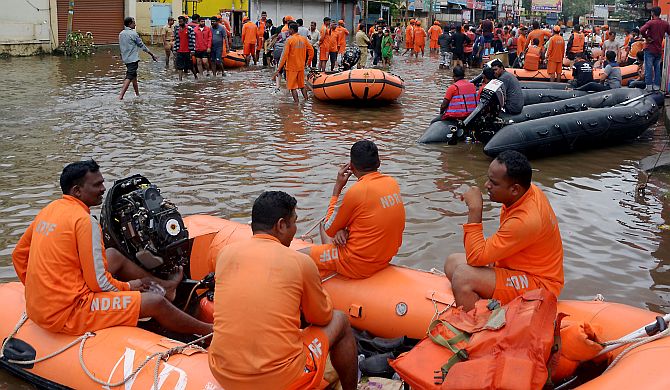 -- Nearly 4.48 lakh people were so far evacuated from flood-hit areas across the state, including 4.04 lakh from Kolhapur and Sangli. They were shifted to 372 temporary camps and shelters

-- Chief Minister Devendra Fadnavis on Sunday said each flood-hit family in the state will be given Rs 5,000 cash while rest of the financial assistance will be deposited in their respective bank accounts 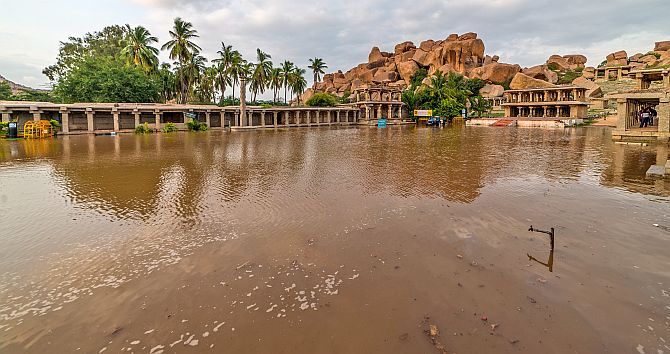 -- The state government had on Sunday evening put the death toll at 40, and those missing at 14. A total of 5,81,702 people have been evacuated till Sunday evening and 1,168 relief camps have been opened where 3,27,354 people are taking shelter 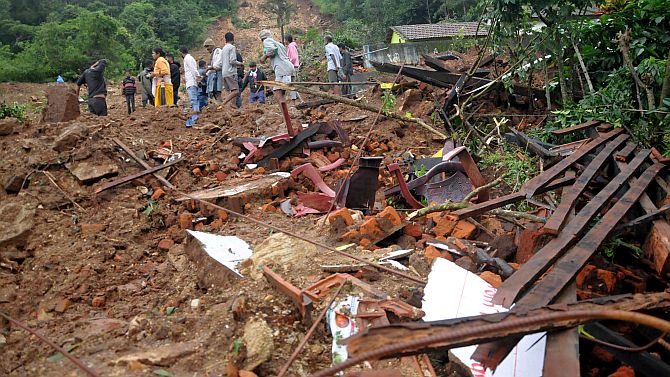 IMAGE: Debris of house near the site of a landslide triggered by heavy rains at Ballur near Chikmagalur. Photograph: PTI Photo

-- Karnataka Chief Minister B S Yediyurappa  said on Sunday that initial estimates of losses in the floods was about Rs 10,000 crore and that the state government had requested the Centre to immediately release Rs 3,000 crore 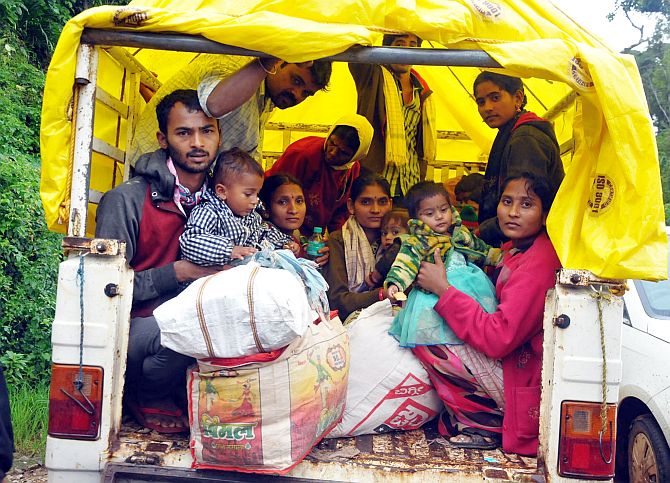 IMAGE: Flood affected people shift to safe place at Sampali near Chikmagalur. Photograph: PTI Photo
© Copyright 2020 PTI. All rights reserved. Republication or redistribution of PTI content, including by framing or similar means, is expressly prohibited without the prior written consent.