Kerala and Karnataka are facing a grim situation on Saturday as floods and landslides triggered by torrential rains left 66 people dead, while over four lakh people have been evacuated in Maharashtra and 19 lost their lives in rain-related incidents in Gujarat. 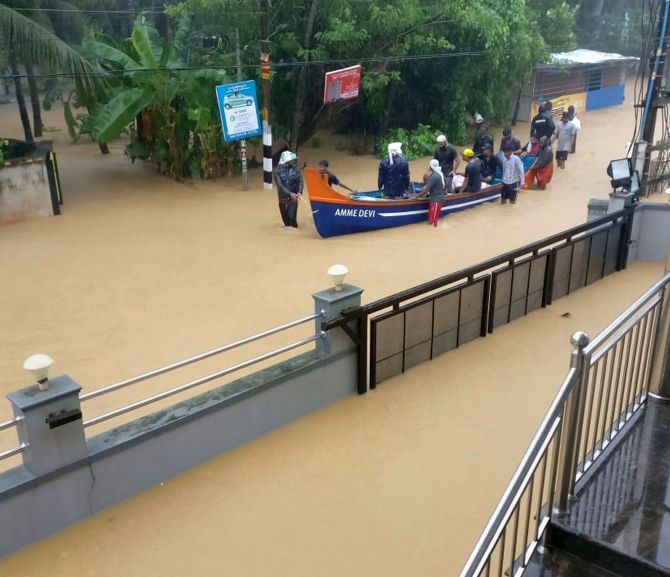 Many people are still feared trapped under debris following major landslides that hit Kavalappara in Malappuram and Puthumala in Meppadi in Wayanad even as a red alert has been issued in eight districts of Ernakulam, Idukki, Palakkad, Malappuram, Kozhikode, Wayanad, Kannur and Kasargod. 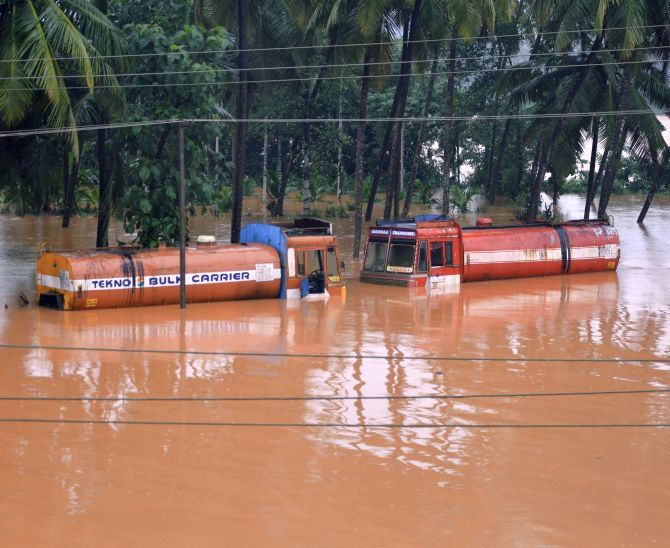 Congress leader Rahul Gandhi said he might visit his flood-ravaged constituency of Wayanad on August 11.

"Probably going to Kerala tomorrow. I don't want to disturb the rescue missions there. If I go there, I will be there for two days. I have spoken to the prime minister, (Kerala) chief minister, district collector and Congress workers of the state," he told reporters in New Delhi. One of the four shutters of the Banasurasagar dam, located about 21 km from Kalpetta in Wayanad was opened at 3 pm to discharge excess water and people on the banks of the Kabini river have been asked to be cautious.

Banasurasagar, one of the largest earth dams in India and the second largest of its kind in Asia, impounds the Karamanathodu tributary of the Kabini River. 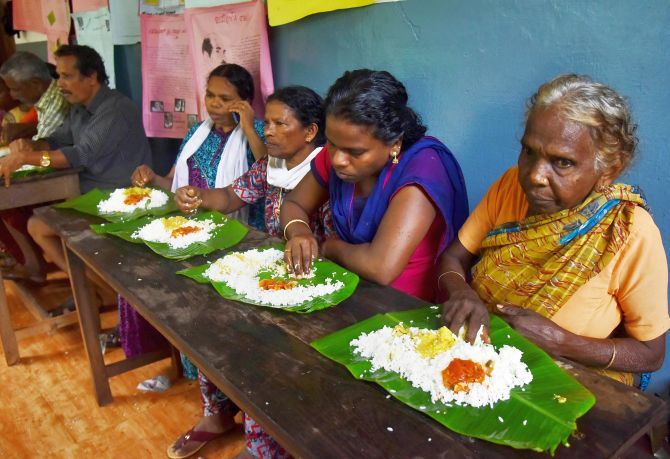 Several trains have been cancelled and flight operations from the Kochi international airport, which had been suspended following inundation, will resume at noon on Sunday, an airport official said. 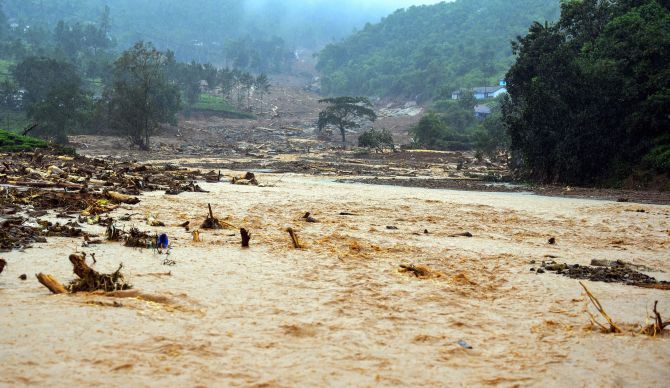 Meanwhile, flight operations from the Kochi international airport will resume at 12 noon on Sunday, an airport official said.

"Airport is ready. Flight operations will resume at 12 noon tomorrow. That is ahead of deadline. Airlines are instructed to facilitate services accordingly," a Cochin International Airport Limited Spokesperson told reporters on Saturday. 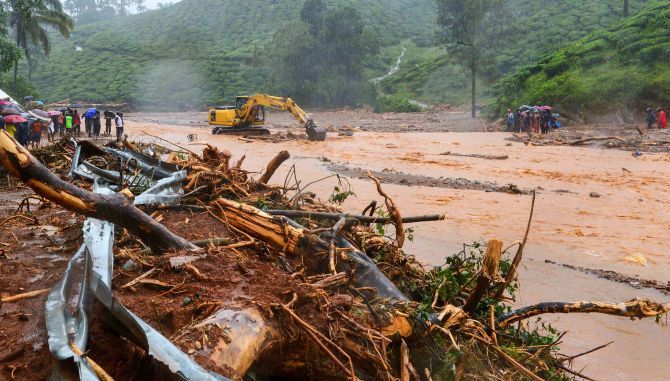 IMAGE: Officials conduct search for bodies washed away due to incessant rainfall in flood-hit areas, at Meppadi in Wayanad. Photograph: PTI Photo

Earlier, the official said water level in apron areas of the airport was receding and cleaning operations have begun.

"Ferry operation was successfully carried out. Six out of eight stranded aircraft departed, while the remaining two will fly to their destinations tomorrow as scheduled services," he said. The Kochi International airport had on Friday suspended all operations till Sunday as the runway area in the airport was waterlogged due to floods.

The operations were suspended as there was a rise in water level in Periyar river and a canal adjacent to the airport due to heavy rains. 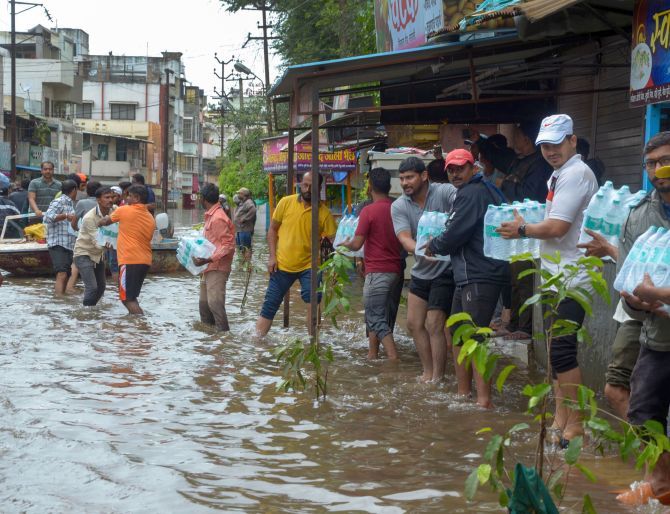 The flood situation worsened in Karanataka too, where the death toll rose to 24 in rain-related incidents.

Chief Minister B S Yediyurappa has termed the natural calamity the "biggest" in 45 years. 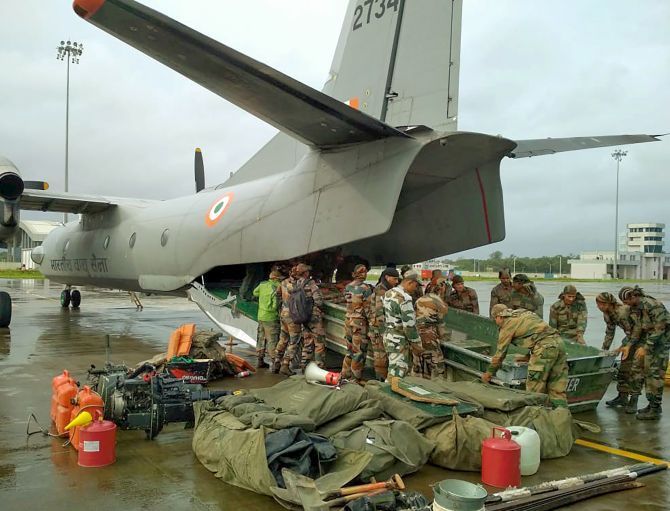 The state government pegged the losses caused by rains and floods at Rs 6,000 crore and Yediyurappa revealed that his government has sought Rs 3,000 crore as relief from the Centre.

Landslides were reported near Maranahalli in Sakaleshpur, official sources said. 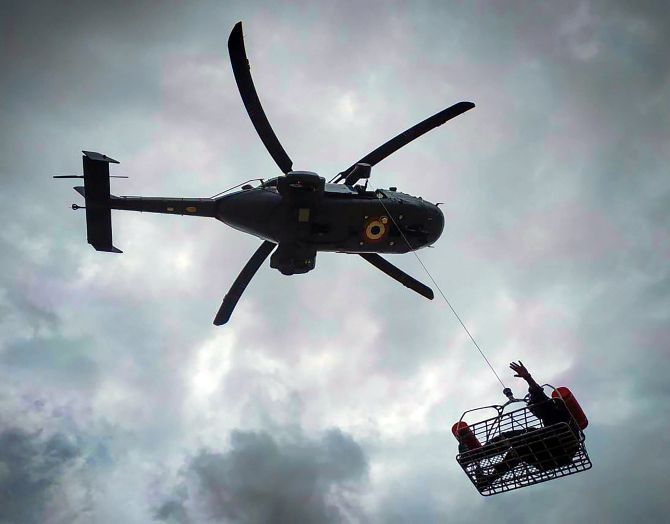 The entire Pane Mangaluru village in Dakshina Kannada district was inundated by the swollen Netravati river, they said.

Over four lakh people have been moved to safety from the flood-hit parts of Maharashtra so far, including 3.78 lakh from the worst-hit Kolhapur and Sangli districts where the situation showed signs of improvement on Saturday as the water level started receding. 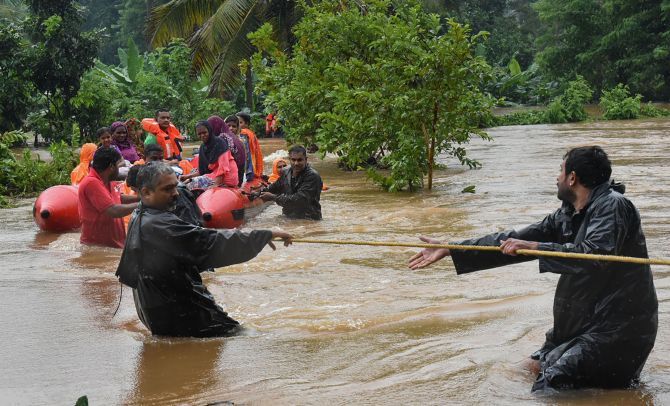 IMAGE: Army and NDRF personnel carry out a rescue operation in a flood affected area of Ernakulam district, on Friday. Photograph: PTI Photo

Chief Minister Devendra Fadnavis reviewed the rescue and relief operations in Sangli on Saturday and interacted with the people. He assured all assistance to them.

Addressing a press conference there later, Fadnavis attributed the flooding to "unprecedented" rainfall during this monsoon, which he said was "more than double" of what was witnessed in 2005, when many parts of the state, including large areas of Mumbai, were submerged. 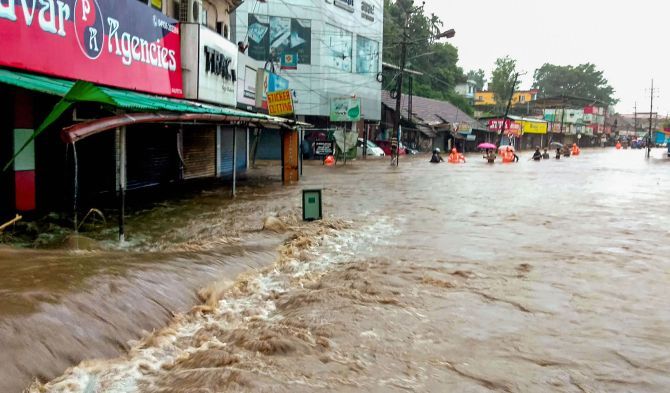 Three more bodies were recovered in the boat capsize incident that took place on Thursday near Brahmanal village in Palus tehsil of Sangli district during the flood rescue operations.

Nine persons had drowned and as many others had gone missing in the incident. 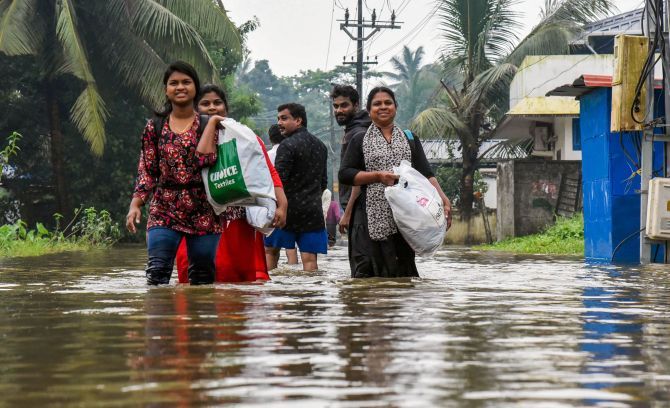 With the recovery of three more bodies, the death toll in the incident has gone up to 12.

In Gujarat, 19 people have been killed in rain-related incidents. 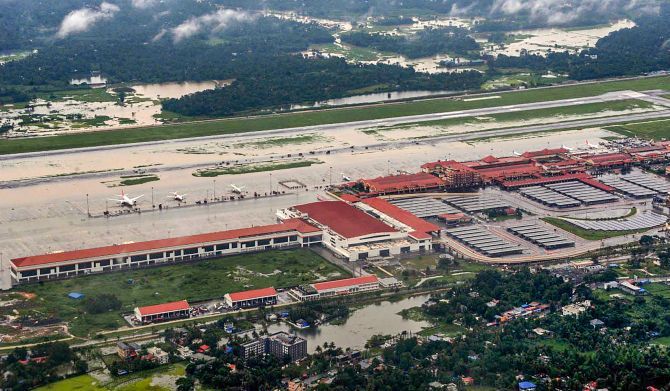 As of Saturday morning, the state received 77.80 per cent of annual average rainfall, according to data by the MeT Department.

"Seventeen dams are overflowing. Last year, by the end of monsoon, dams had only 56 per cent water. This year there is 60 per cent water stock in dams already," Chief Minister Vijay Rupani told reporters. 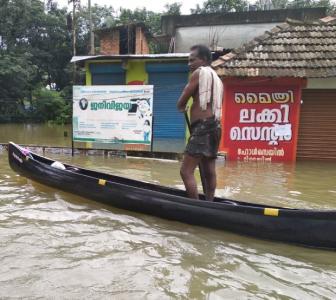 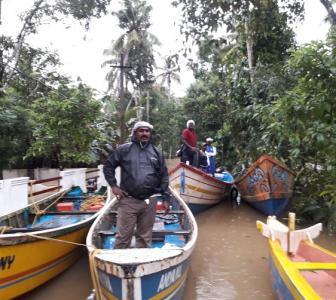 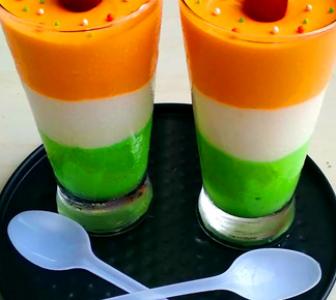 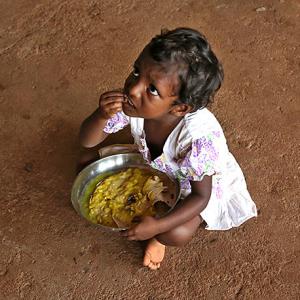