Terming the Kerala floods as a “very big tragedy”, Congress president Rahul Gandhi on Tuesday assured that his party would bring pressure on the central and state governments to provide compensation which they ‘owe’ to the affected people. 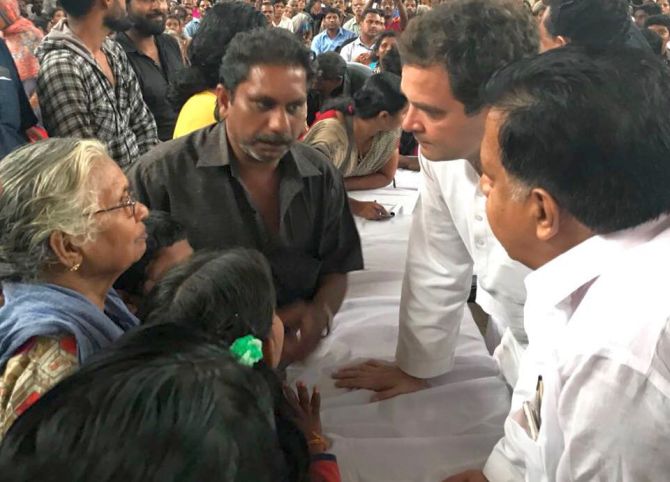 Visiting the flood-ravaged areas of Alappuzha, Ernakulam and Thrissur districts, he also urged the party workers to actively participate in relief and rehabilitation operations and help the people to make their ravaged houses liveable.

“It has been a very big tragedy for all of us. Many, many people have lost their lives, many lost their property. I want all of you to know that you are not alone and we are all with you,” he said.

Arriving in Kerala on a two-day visit on Tuesday morning, Gandhi spoke to people at relief camps, days after the deadliest deluge in the last 100 years left a trail of destruction and claimed 474 lives in rain-related incidents since May 29 when the monsoon set in over the state.

“The government owe you compensation and the government has to help you rebuild your houses. We are in the opposition and it is our job to bring pressure on the government,” he told people sheltered in a relief camp in Aluva near Kochi, one of the worst affected areas in the monsoon fury. 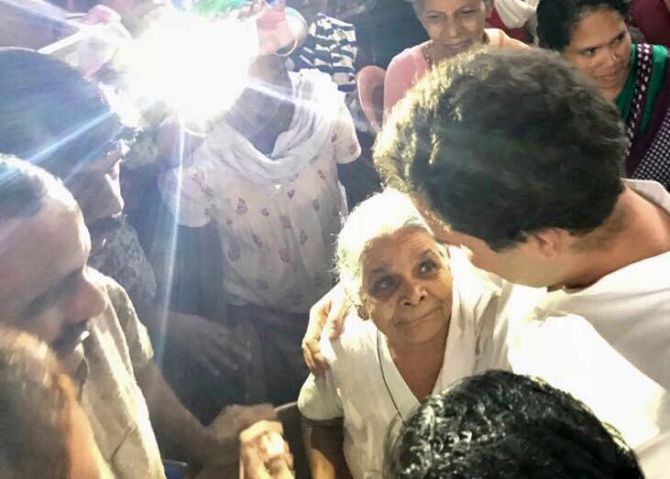 Reaching out to the flood affected people, the Congress president said “we cannot do very big things” as the party was not in power in both the state and the Centre, but promised to extend whatever possible.

He urged the Congress workers and leaders to “pressure” the governments to get the people compensation.

“We will also apply pressure on the Bharatiya Janata Party government in Delhi,” he said addressing people at a relief camp in North Parvoor in Ernakulam district.

Gandhi hailed every Keralite for standing together at the time of the calamity, saying they should be proud of themselves.

All religions, all communities, all castes, all regions stood together and fought the tragedy, he added. 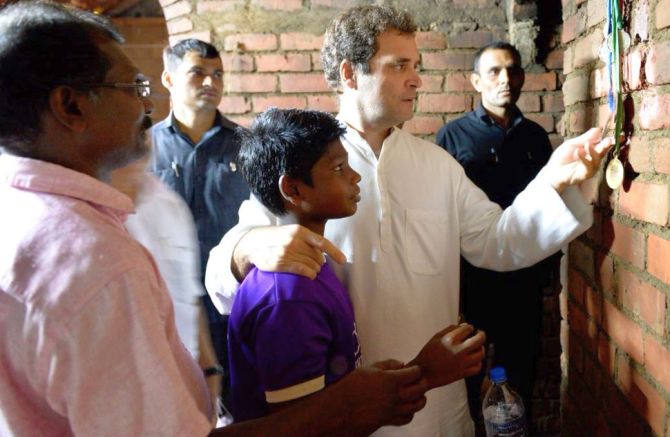 The Congress party was raising funds so that it can also help people rebuild their houses, he said.

Earlier, addressing a programme in Alappuzha, the Congress president saluted fishermen who played a key role in rescuing those marooned in the deluge.

Claiming that the fishermen community in the country was facing a crisis similar to that by the farmers, he said if the Congress comes to power at the Centre, a separate fisheries ministry would be set up. At a reception hosted by the Congress in the worst-hit Alappuzha to honour the fishermen community, Gandhi said the Coast Guard should make use of the services of fishermen for rescue operations in the future.

“I am proud to say that through all your difficulties...through all your hardships... whenever Kerala needed you... you stood up and gave your best. I salute your commitment to the people of Kerala,” he said.

Three thousand fishermen had saved 70,000 lives in the recent floods, he said. Alleging that the fishermen community in the country was facing a crisis similar to that by the farmers, Gandhi said, the moment the Congress came to power at the Centre, a ministry of fisheries would be set up.

“God’s own army will have its own ministry. So your problems can be looked after and your words can be heard at the national level,” he said, adding, “I do not want to make fake promises. This is a word of the Congress president.” 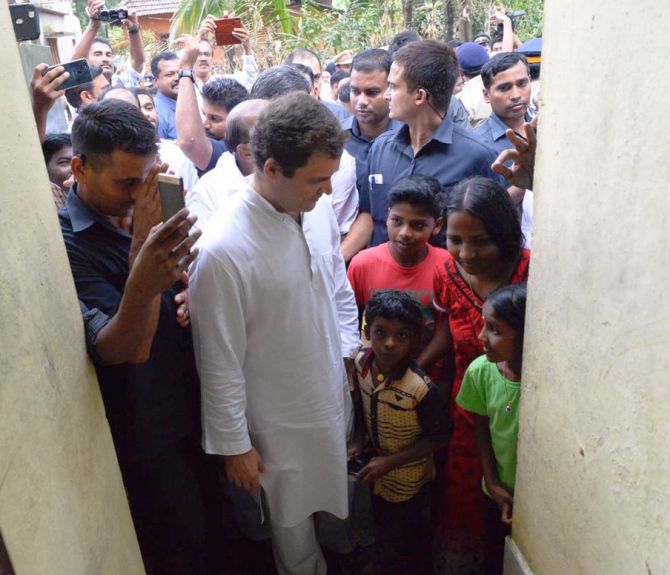 Along with farmers, fishermen have also helped build the country, Gandhi said and asserted that it was an “honour” for him to felicitate the fishermen who had saved several lives.

Recalling his last visit to the state in the aftermath of Cyclone Ockhi, he said, “I came and visited your houses and I must say looking back, I am not happy for the help you had received for the damage (suffered in the cyclone).”

Leader of the Opposition in the Kerala assembly Ramesh Chennithala and Congress’s state unit president M M Hassan were among those who accompanied Gandhi.

The Congress chief is scheduled to tour Wayanad and Kozhikode districts on Wednesday.