Congress President Rahul Gandhi on Wednesday filed his nomination for the Lok Sabha elections from the Gandhi bastion of Amethi in Uttar Pradesh.

Prior to filing his nomination, Rahul Gandhi held a road show during which he was accompanied by Priyanka Gandhi and her husband Robert Vadra alongwith their children Raihan and Miraya. 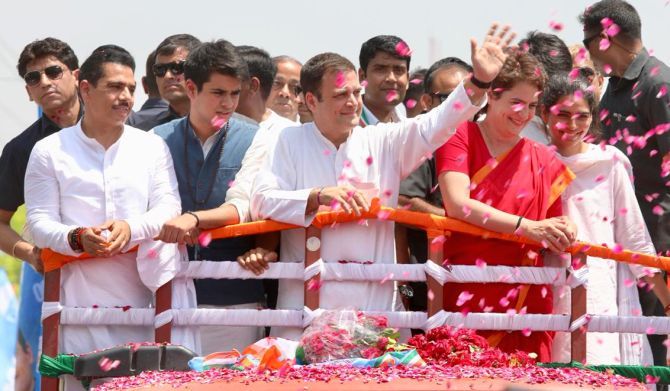 After the roadshow, Rahul filed his nomination papers for the Amethi Lok Sabha seat in the presence of his mother Sonia Gandhi, his sister Priyanka Gandhi Vadra and her husband Robert Vadra. Photograph: PTI Photo Rahul Gandhi and Priyanka waved to the crowds from their open truck as it weaved through the crowded streets. Photograph: @INCIndia/Twitter Chants of Congress's theme -- Nyay -- rang out on the streets as Rahul made his way to the Collectorate's office. Photograph: @INCIndia/Twitter

WATCH: Thousands come out to support Rahul as he files his nomination Surging crowds of Congress supporters walked along as the truck made its way to the Collectorate. Photograph: @INCIndia/Twitter 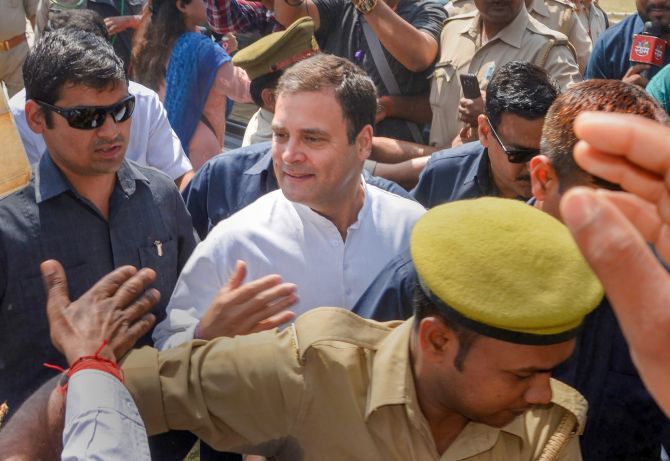 Rahul reached Amethi, which goes to the polls on May 6 in the fifth phase of the Lok Sabha elections, early on Wednesday morning. Photograph: PTI Photo 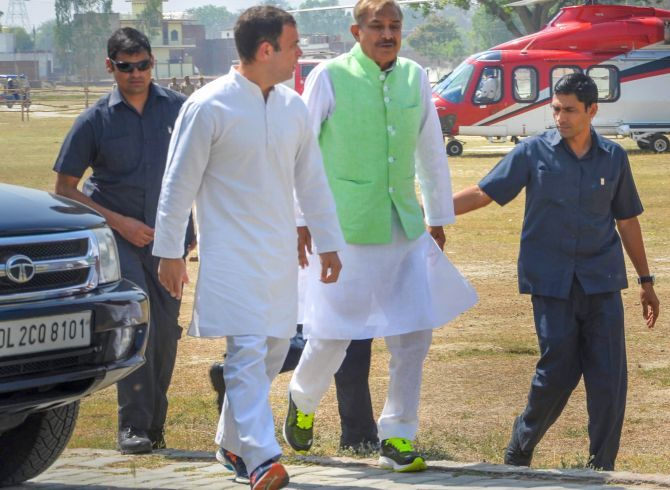