Republic Day celebrations culminated on Friday with the Beating Retreat ceremony that featured 26 soulful band performances, including special composition 'Swarnim Vijay' to commemorate 50 years of India's victory in the 1971 war against Pakistan. 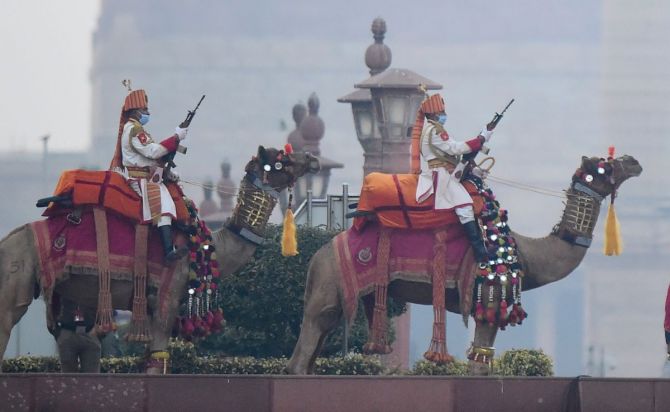 Indian tunes were the flavour of this year's ceremony that brought the curtains down on the four-day-long Republic Day celebrations. 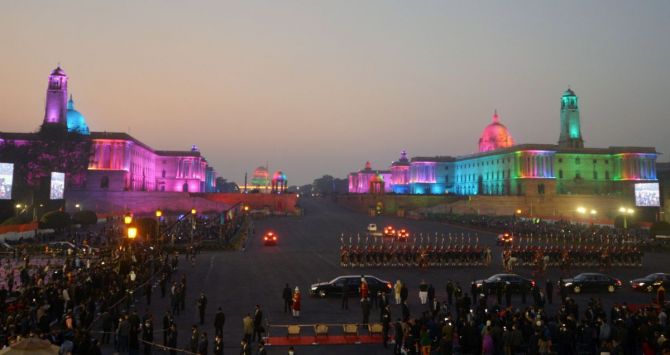 IMAGE: An illuminated view of the Raisina Hill during the Beating Retreat ceremony at Vijay Chowk in New Delhi on Friday. Photograph: ANI Photo

Fifteen military bands and an equal number of pipes and drums bands from regimental centres and battalions participated in the ceremony. 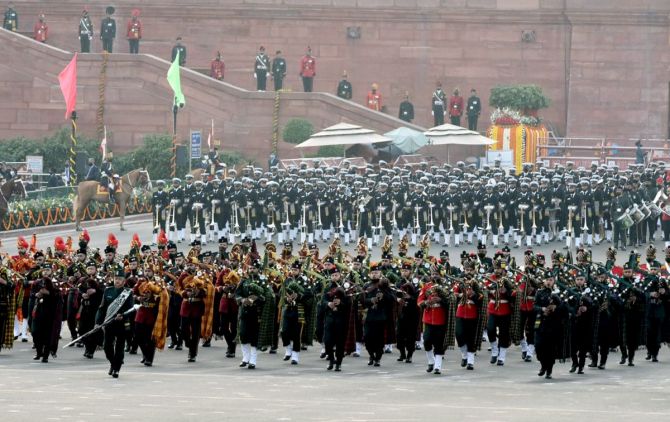 Besides, there were performances by one band each of the Navy, the Air Force and Central Armed Police Forces (CAPFs). 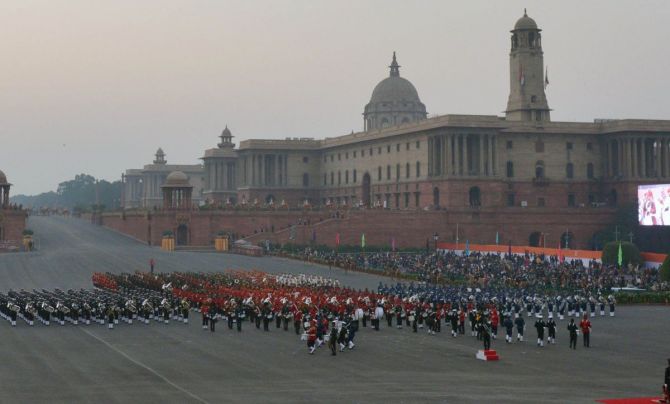 As many as 26 musical performances enthralled the audience at the historic Vijay Chowk. 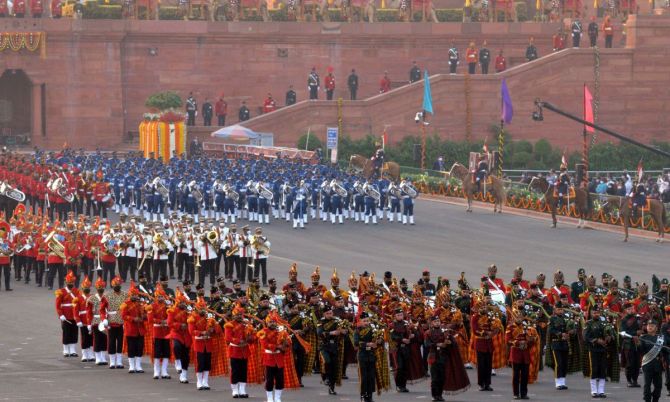 The entry band was a massed one with 'Swarnim Vijay' theme.

It was a special new composition to commemorate 50 years of victory of India in the 1971 war against Pakistan that led to the creation of Bangladesh. 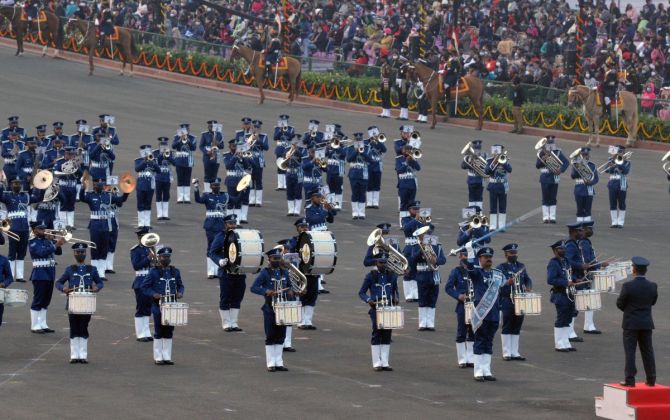 A contingent of 122 soldiers of Bangladesh armed forces had participated in the Republic Day Parade on the Rajpath on January 26. 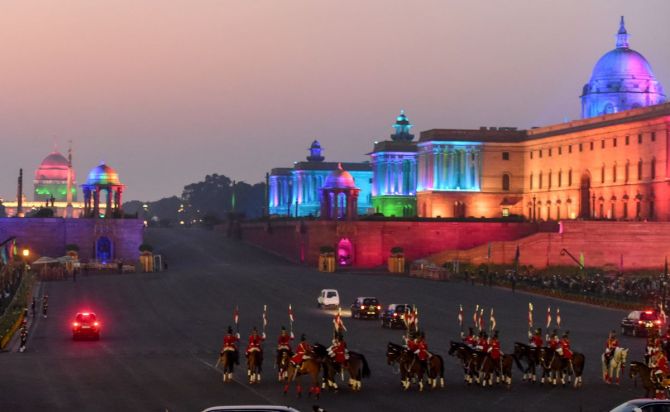 The Swarnim Vijay performance at the Beating Retreat was followed by pipes and drums bands, and the bands of CAPFs, Air Force, Navy, Army and massed bands.

The ceremony ended with the ever-popular tune of 'Sare Jahan se Acha'. 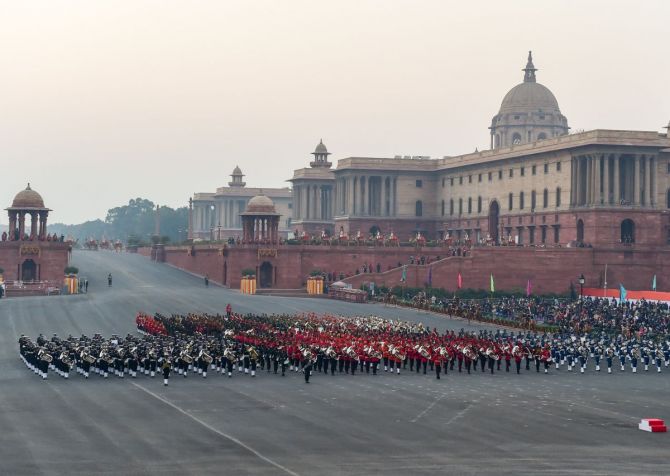 The principal conductor of the ceremony was Lt Col Girish Kumar U of AEC Training College and Centre. 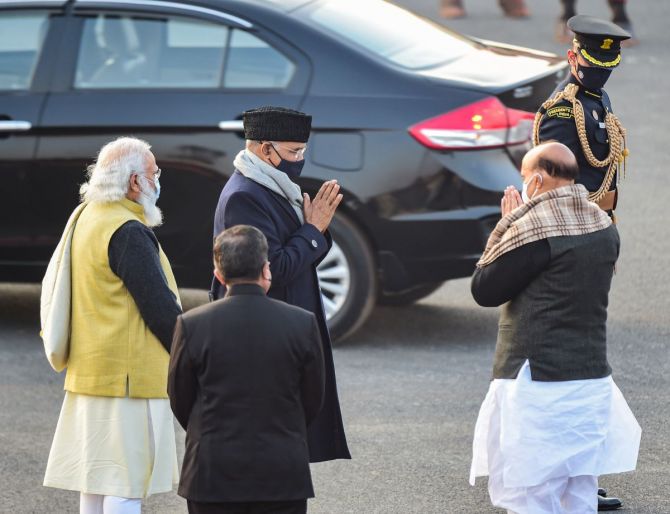 Beating Retreat is a centuries-old military tradition. It dates back to the days when troops disengaged from battle at sunset. 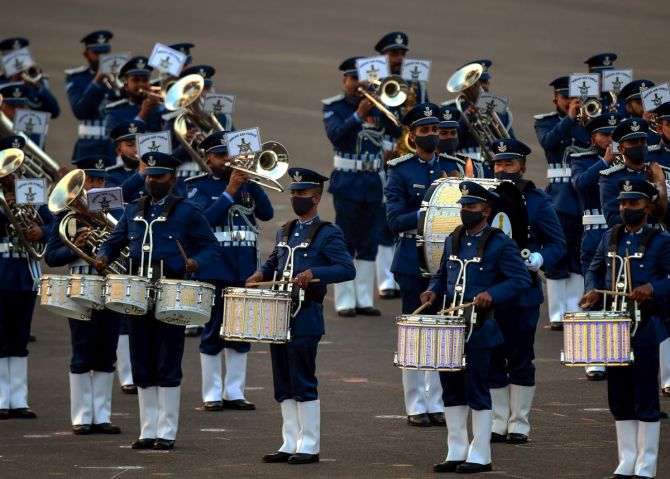 As soon as the buglers sounded the 'retreat', the troops ceased fighting, sheathed their arms and withdrew from the battlefield.