Congress leader Rahul Gandhi along with party candidates for the Punjab assembly polls paid obeisance at the Golden Temple in Amritsar on Thursday. 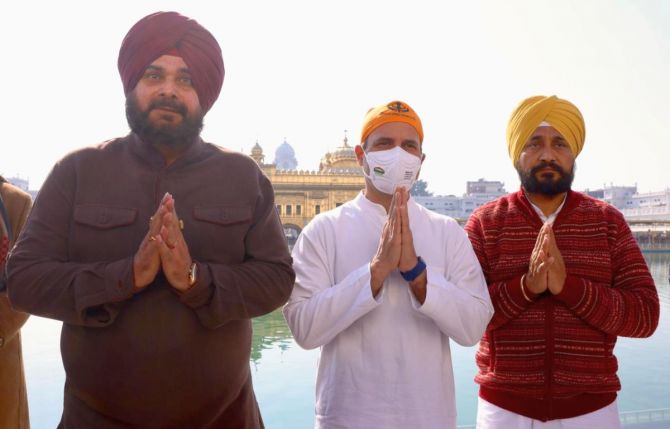 In a tweet in Hindi, Gandhi said he along with the Congress candidates prayed for the future of Punjab at Harmandir Sahib.

After offering prayers at the sanctum sanctorum of the Golden Temple, Gandhi partook 'langar' along with the party candidates. Gandhi was flanked by Chief Minister Charanjit Singh Channi and party's state unit chief Navjot Singh Sidhu.

Kicking off his poll campaign in Punjab, Gandhi is scheduled to address a virtual rally at Mithapur in Jalandhar.

He is visiting the poll-bound state for the first time after the election dates were announced on January 8 by the Election Commission of India. 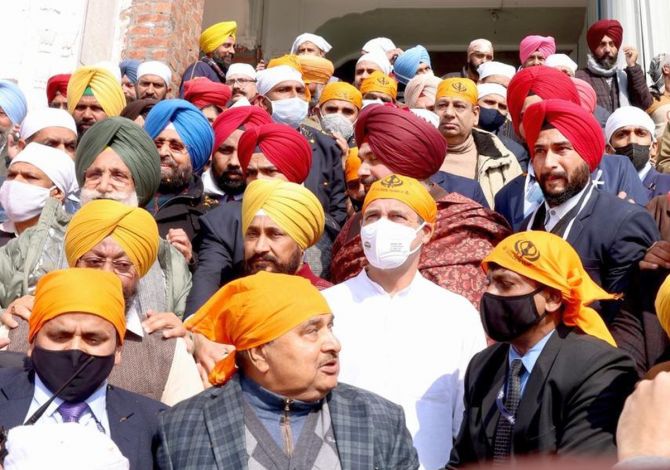 The Congress has announced 109 candidates for the February 20 Punjab Assembly polls. The names of candidates for eight seats are yet to be announced. At Jalandhar's Mithapur, Gandhi will address the 'Punjab Fateh' virtual rally in the afternoon before returning to Delhi in the evening.

The Election Commission had extended the ban on physical rallies and road shows till January 31 in the five poll-going states, including Punjab.

The Congress is seeking to retain power in Punjab which will go to polls on February 20.