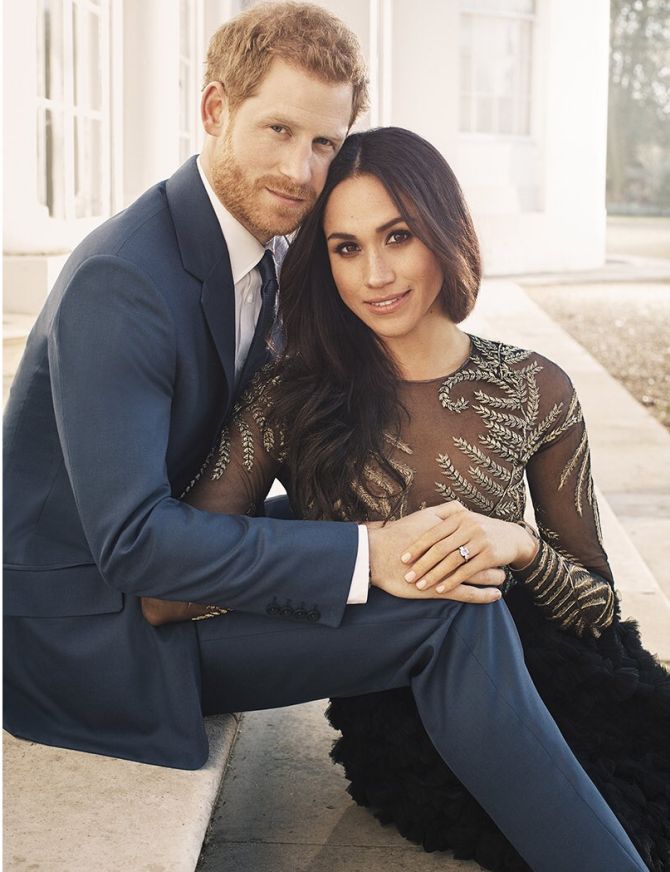 The 33-year-old fifth in line to the British throne is seen hand-in-hand with the 36-year-old American actress on the grounds of Frogmore House in Windsor in photographs taken by fashion photographer Alexi Lubomirski earlier this week.

The series includes a black and white portrait of the couple embracing, with Meghan in a sweater by designer Victoria Beckham wrapped in Prince Harry's Burberry coat as she holds his face and they both smile.

A colour photograph shows the prince and his bride-to-be, dressed in a flowing black dress with gold detailing, sitting on the steps at Frogmore House.

The prince is dressed in a blue suit and the couple have their heads pressed together and are holding hands in a way that shows off Markle's engagement ring, which was designed by the prince.

"Prince Harry and Ms Meghan Markle have chosen to release official photographs to mark their engagement. The photographs were taken by Alex Lubomirski earlier this week at Frogmore House, Windsor," Kensington Palace said in a statement.

Lubomirski thanked the couple for allowing him to take the official engagement portraits. 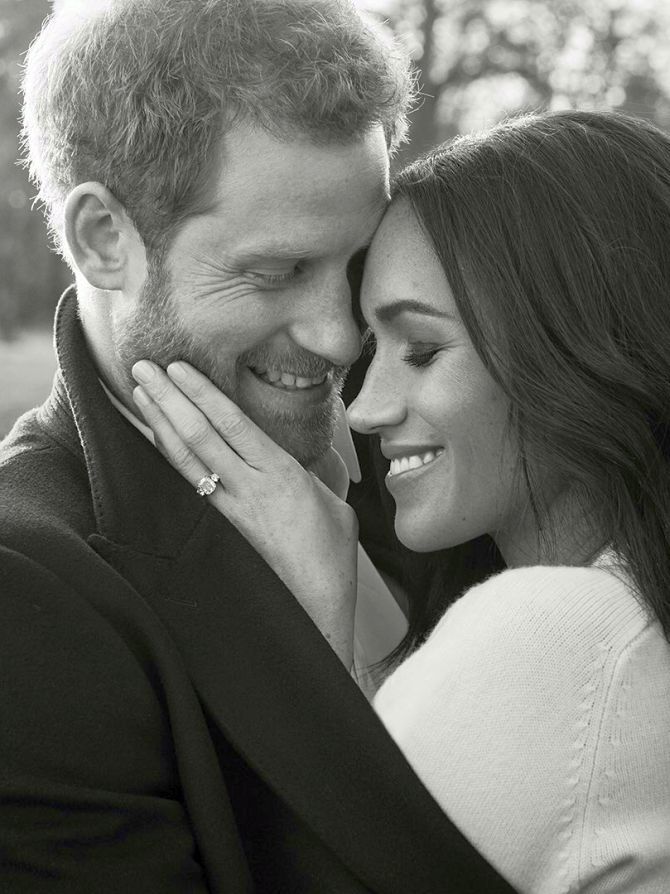 "Not only was it an incredible honour, but also an immense privilege to be invited to share and be a witness to this young couple's love for each other. I cannot help but smile when I look at the photos that we took," he said.

New York-based Lubomirski is a former assistant to famous photographer Mario Testino, who created some of the most famous images of Prince Harry's mother Diana, Princess of Wales.

A second black and white image, shared by the couple via social media site Instagram as a "candid" shot shows them walking in embrace along the grounds of Frogmore House near Windsore Castle, the venue of their wedding set for May 19 next year.

"Thank you so much for all of the wonderful comments following the release of Prince Harry and Ms Meghan Markle's engagement photographs. The couple are so grateful for the warm and generous messages they have received during such a happy time in their lives," Kensington Palace said with the release on Instagram. 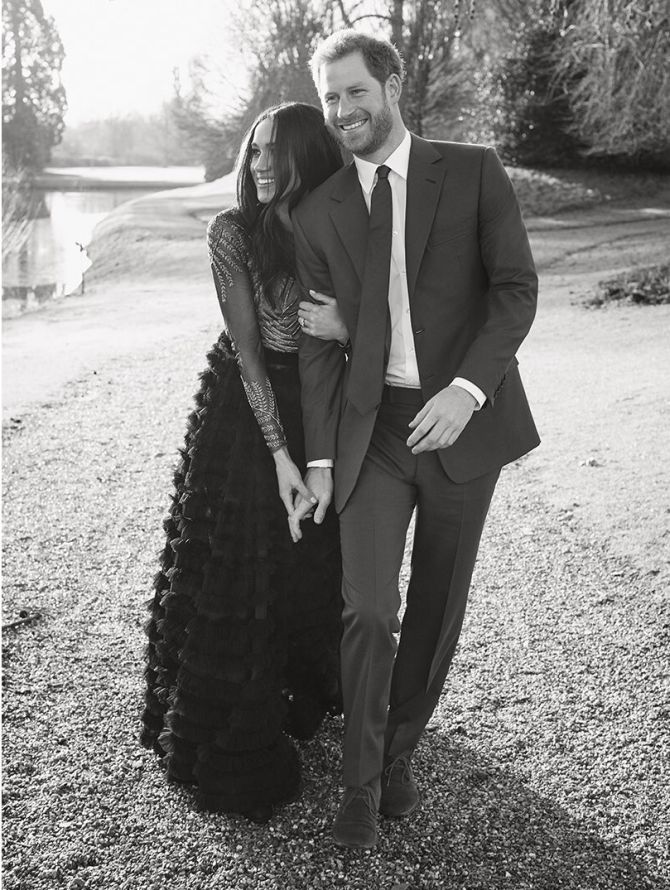 "As a way to say thank you, they have decided to share this candid photograph from the day of their portrait sittings directly with all of you," it adds.

The British monarch traditionally hosts a festive lunch for her family in London before leaving for her private Sandringham Estate in Norfolk, where she spends the rest of the Christmas period.

In a break from royal tradition, Markle has also been invited to join the festivities at Sandringham this year despite not being officially married to Harry as yet.