President Ram Nath Kovind on Tuesday conferred the Kirti Chakra and Shaurya Chakra posthumously to Major David Manlun and Major Satish Dahiya, who lost their lives while fighting with terrorists in Nagaland and Jammu and Kashmir. 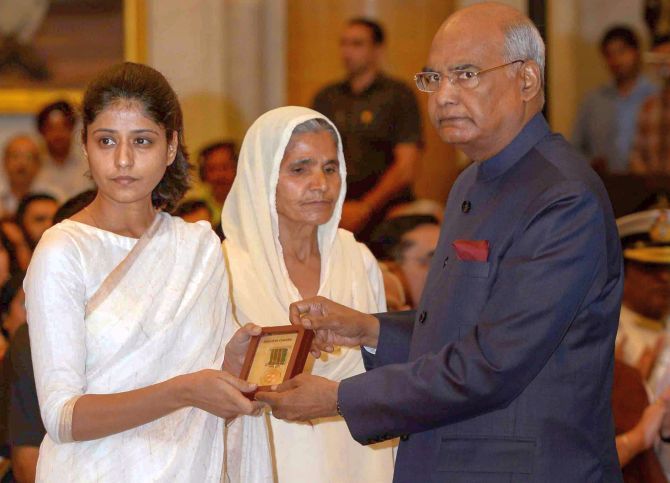 Malun lost his life in a fight with militants in northern Nagaland, but eliminated three of them before succumbing to his injuries.

“Major Dahiya displayed his inspirational leadership and gallantry throughout the operation to kill three terrorists in Bandipora till his martyrdom.

“During search operation for three terrorists in a village, Maj Dahiya isolated the suspected house by putting a tight cordon, placing himself at the likely escape route. Militants suddenly rushed out, firing indiscriminately. He was hit on his chest but killed all the militants,” the official handle of the President of India said in a tweet. 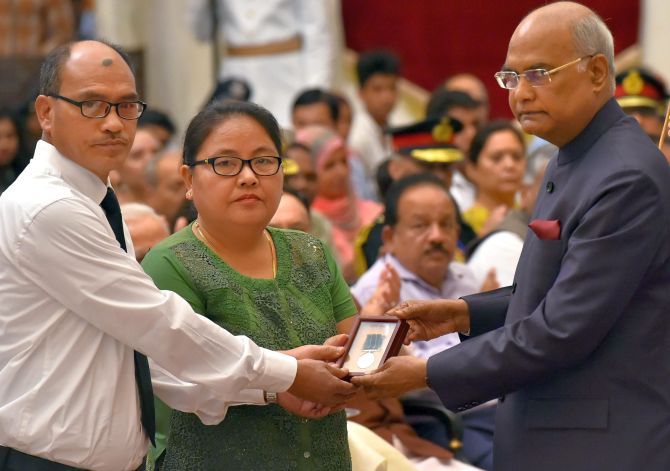 IMAGE: Major David Manlun's family receives his posthumous Kirti Chakra from the President. Malun lost his life in a fight with militants in northern Nagaland, but eliminated three of them before succumbing to his injuries. Photograph: Kamal Kishore/PTI Photo

The Kirti Chakra and Shaurya Chakra are awarded for “gallantry in presence of the enemy”.

Cheeta was grievously injured in an operation against terrorists in Bandipora district of Jammu and Kashmir last year. Cheeta lost an eye in the operation. 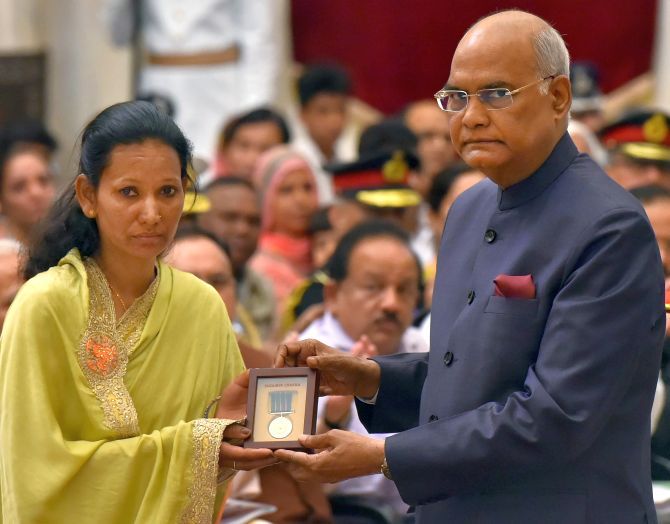 A man with an extensive combat experience, Cheeta said he was raring to go back to the field. He is currently posted at CRPF Headquarters in New Delhi.

“I fought with my wife so that I could get back to work,” Cheeta said after the award ceremony.

The Param Vishisht Seva Medal were awarded to 14 top officers from the army, navy and the air force. PVSM is awarded to officers for “distinguished service of the most exceptional order”. 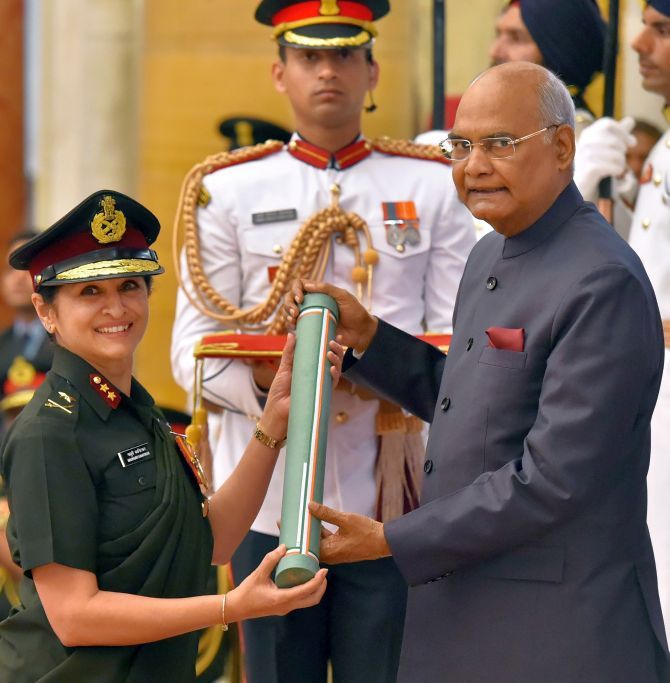 Among those awarded the AVSM was Maj Gen Madhuri Kanitkar, the only woman officer among the awardees.

Kanitkar, a paediatric nephrologist, is the first woman Dean of the Armed Forces Medical College.