Police are probing suspected foul play in the death of 11 people due to food poisoning after consuming ‘prasad’ at a temple in Chamarajanagar district, a senior official said on Saturday. 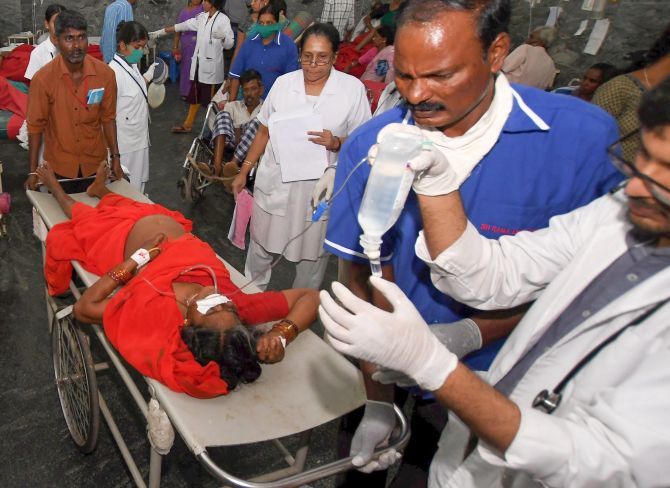 IMAGE: A woman is shifted to a hospital in as she complained of sickness after consuming prasad at Maramma temple in Chamrajanagar district, in Mysuru. Photograph: PTI Photo

Two more people died on Saturday, pushing up the toll to 11, while 93 others were hospitalised, said Chamarajanagar district Superintendent of Police Dharmender Singh Meeena.

Three cooks, who are undergoing treatment in a hospital, are stated to be in a critical condition, he said.

The police are investigating suspected foul play, Meena said, amid reports that a running feud between two factions in Kicchgutti Maramma temple over some issue might have led to the tragedy after the victims consumed the ‘prasad’ allegedly blended with poisonous substance.

Food samples collected from the temple have been sent to a forensic lab in Mysuru.

“The substance in the food can only be told after receiving FSL reports,” he said.

However, District Health Officer Prasad had suspected that the prasad was poisoned.

On Friday, Chief Minister H D Kumaraswamy had announced assistance of Rs five lakh to the next to the kin of the deceased.

Kumaraswamy flew to Chamarajnagar by special plane from Belagavi, where he is attending the winter session of the state legislature. 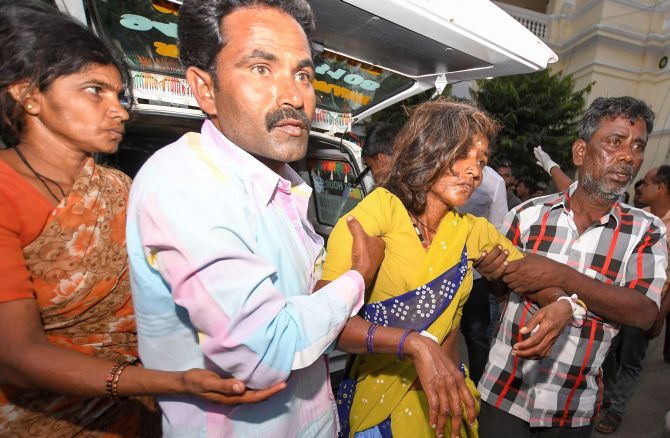 IMAGE: People had to be rushed to the hospital after they started to vomit and complained of stomach pain. Photograph: PTI Photo

He had directed local authorities to make all arrangements for those who took ill and said the government would bear the medical expenses.

The foundation laying ceremony of Maramma temple was organised on Friday morning at the village situated along the border of Karnataka and Tamil Nadu.

‘Om Shakti’ devotees from adjoining villages in Karnataka and Tamil Nadu had gathered for the event, where rice “baath” was served as ‘prasad’ after the rituals.

After consuming the offering, people started to vomit and complained of stomach pain.

Commotion had prevailed as people hurried to nearby hospitals for treatment.

The affected people said there was a smell of kerosene oil in the prasad, but they ignored it. 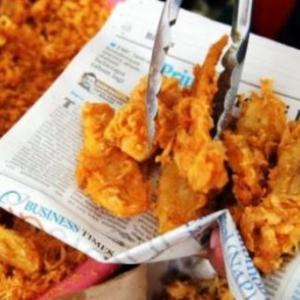