It has been a year of bans in India with the government going all out in blocking everything it deems unfit for its people. In the past 8 months India has already seen a string of prohibitions been imposed, which include pornography, movies, food and more.

After the government issued notices to internet service providers across India to block pornographic sites, Twitterati voiced its opposition by starting #NextBanIdea, giving the authorities advice on what they can ban next.

Here's a list of all things banned in India, this year 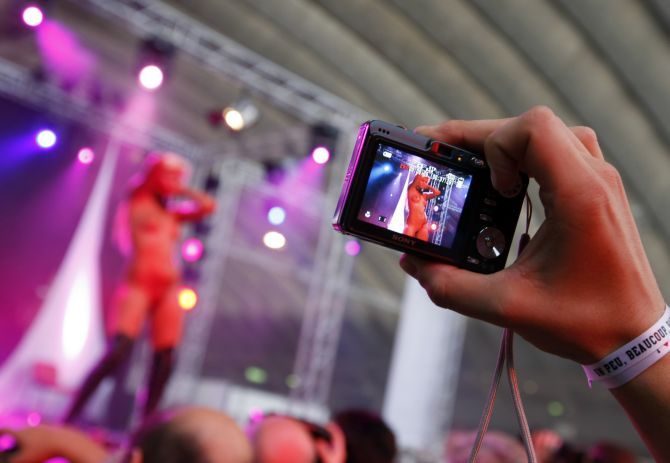 Last week, the department of telecom issued a directive that sparked a raging debate on social media and other platforms with the government being accused of indulging into Internet censorship.

The government had asked Internet service providers to block a total of 857 websites, although some websites were found to be hosting jokes, memes and other humourous content without any pornography.

But after facing flak over the ban, the government made a quick turn around to say it was reviewing its order and decided to lift the ban on those sites that did not contain pornographic material. 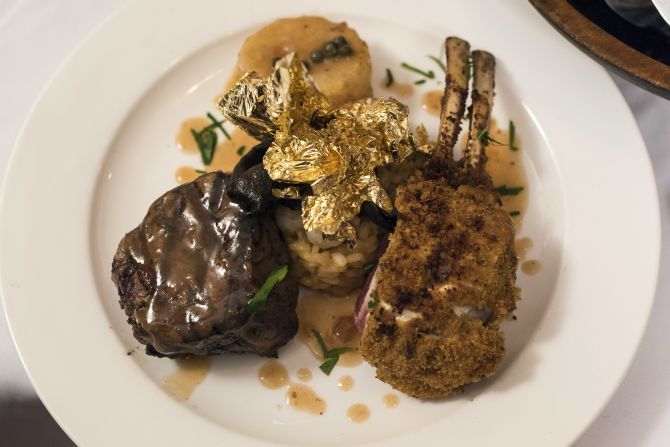 The President’s assent to the Maharashtra Animal Preservation (Amendment) Bill, 1995, put the seal on a nearly 19-year-old bill that banned the slaughter of bulls as well as bullocks, which was previously allowed based on a fit-for-slaughter certificate.

The Maharashtra Assembly had passed this Bill during the BJP-Shiv Sena rule in 1995. “Thanks a lot Hon President Sir for the assent on Maharashtra Animal Preservation Bill. Our dream of ban on cow slaughter becomes a reality now,” Chief Minister Devendra Fadnavis had tweeted.

The Maharashtra Animal Preservation (Amendment) Act, enforced by the state government, bans slaughter of cows, bulls and bullocks and also consumption and possession of their meat.

Beef lovers in Maharashtra will now have to do without the red meat. 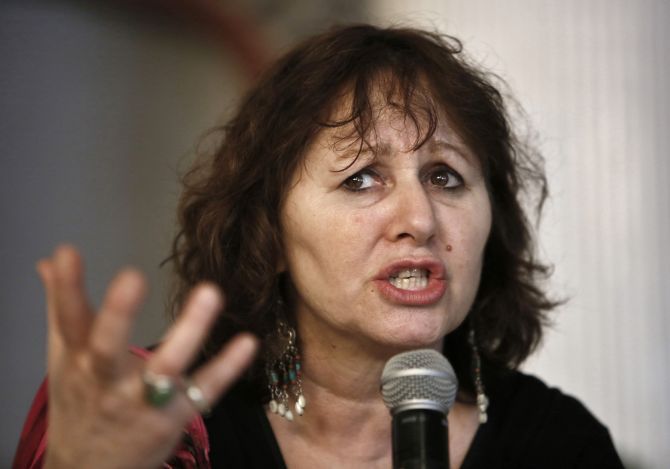 In March, the government put a ban on the broadcast of the controversial documentary featuring a convict in the 2012 December 16, Delhi gang rape case. Maintaining that it would not allow commercial use of such incidents, Home Minister Rajnath Singh said he was "stunned" as to how permission was granted for the convict's interview inside the Tihar Jail in the first place.

Making a statement in both Houses, the Home minister said he had asked the information and broadcasting ministry to look for ways to ban its broadcast abroad. Singh said he would also review the existing provisions for allowing such shoots inside prisons to ensure that such incidents are not repeated.

"Because this whole broadcast and the content of the broadcast violates the programming code of the information and broadcasting ministry, wherein there is derogatory language towards women, it seems to incite violence against women... there is also contempt of court in the context of the interview as the matter is sub-judice,” Minister of State for Information and Broadcasting, Rajyavardhan Rathore had said. 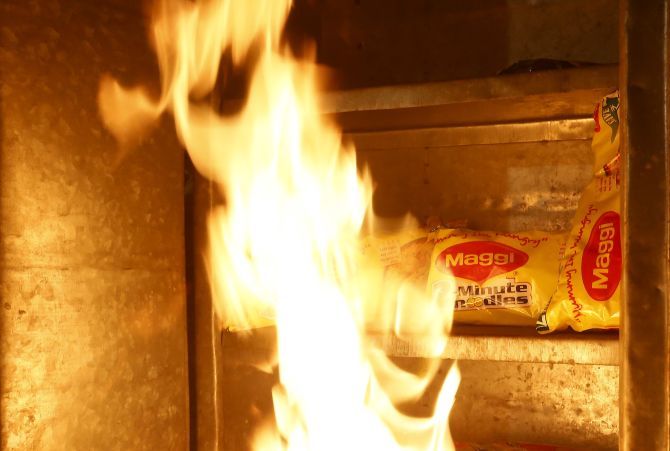 Packets of Nestle’s Maggi noodles are seen on display at a roadside eatery in New Delhi. Photograph: Adnan Abidi/Reuters

Nestlé’s Maggi noodles has been banned in several states in the country after samples of the food failed Food Safety and Drug Administration’s lab tests. The government said its tests had found the popular snack unfit for consumption and imposed a temporary ban on the product.

In June this year, FSSAI had also banned Maggi instant noodles terming them “unsafe and hazardous” for human consumption. Last week, FSSAI-approved laboratory of Central Food Technological Research Institute had found Maggi noodles to be in compliance with the country’s food safety standards. However, later FSSAI trashed all-clear report saying that it had not given any clean chit to Nestle’s banned Maggi noodles adding that there were lapses in the tests.

Nestle India had to recall Maggi worth Rs 320 crore (Rs 3.2 billion) after it was termed 'unsafe' by the food regulator because of presence of lead and taste enhancer monosodium glutamate beyond permissible limits.

Interestingly, amid this controversy, seven foreign countries, including UK and Canada, gave a clean chit to Nestle for Maggi manufactured in India saying levels of lead in the product are well within the EU permissible levels. 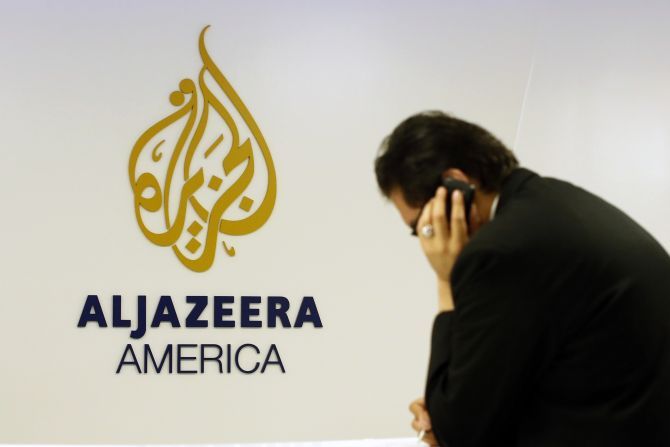 A man works at a desk in the Al Jazeera America broadcast center in New York. Photograph: Brendan McDermid/Reuters

International news channel Al Jazeera was forced to go off air in the country for five days in April as the government penalised it for repeatedly showing wrong maps of India.

The website displayed a blank screen with a message saying that "as instructed by the ministry of Information and Broadcasting, this channel will not be available from 00.01 hours on 22nd April till 00.01 hours on 27th April 2015."

As per the order of the I&B ministry, the Inter Ministerial Committee which was also attended by representatives of the MEA, after deliberations, held that the channel had clearly violated the provisions of the programme code and recommended to prohibit transmission or re-transmission of the channel throughout India for five days. The government said the measures were part of twin notifications issued by the Narendra Modi government on February 18 by which the use of private e-mail networks like Gmail and Yahoo has now also been officially banned for all government use.

The government has been monitoring online activities of bureaucrats on official computers, blocking content it feels is adversely affecting the productivity of the bureaucrats and also has a right to delete e-mails or internet history on such computers after intimating the user. 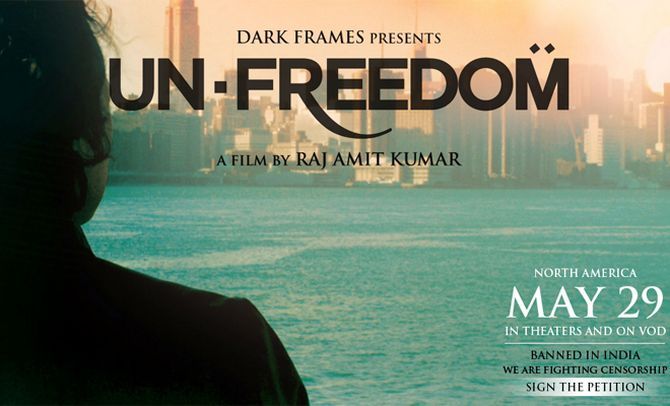 Florida-based director Raj Amit KumarKumar's first feature film 'Unfreedom' was banned in India for its "content" of a "different kind". In India, the film was refused certification by the Examining Committee and a revising committee of the Censor Board proposed cuts. Kumar refused to the cuts and appealed against the Censor Board's demand. In response to his appeal, the authorities completely banned the film regardless of cuts.

Some scenes depicting same-sex love from the film that juxtaposes two stories (one about how a Muslim terrorist attempts to silence a liberal Muslim scholar and another about a woman who escapes an arranged marriage because she in a lesbian relationship) went viral after being leaked online. 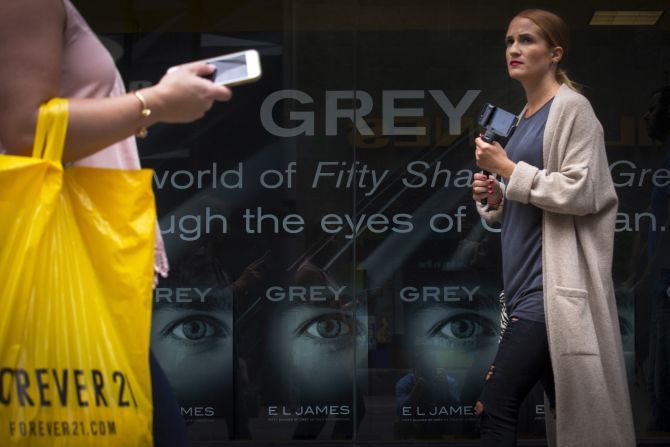 Women pass by an advertisement for 'Grey' outside a bookstore in New York. Photograph: Brendan McDermid/Reuters

A Universal Pictures source familiar with the review process said the board had objected to some of the film's dialogue, even after the studio made voluntary edits to the film to tone down its sex scenes and removed all nudity. 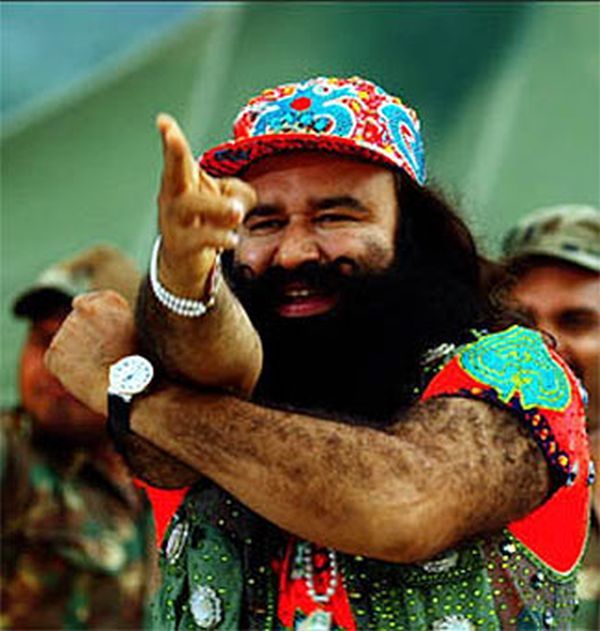 'MSG -- The Messenger of God', featuring controversial chief of Dera Sacha Sauda, Gurmeet Ram Rahim Singh, in lead role was denied certification by the Censor Board after committee members took exception to Ram Rahim Singh depicting himself as god in the film.

However, the movie was later cleared by the Film Certification Appellate Tribunal.

Fearing communal flare-up during the screening of the movie, the Centre has asked all states to take every possible step to prevent any untoward incident as Sikh groups were against "glorification" of the Dera Sacha Sauda chief who is allegedly facing serious criminal cases.

The Punjab government decided to ban the screening of the controversial movie in apprehension of breach of peace. The movie had the controversial Dera chief -- who is facing cases of sexual abuse and murder -- in the lead role and portrays him as a swashbuckling hero fighting "social evils" in flashy costumes.

Word 'lesbian' in a film 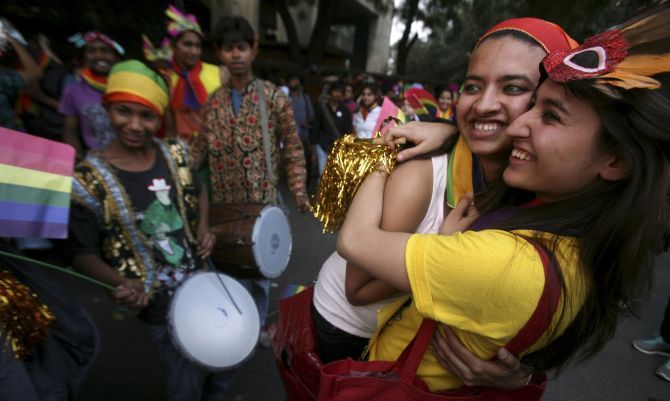 A controversial list of cuss words that was circulated by the Central Board of Film Certification or CBFC after Pahlaj Nihalani took over as its chairperson has been withdrawn after a majority of members voted against it.

But much before that the CBFC had asked the makers of Dum Laga Ke Haisha to mute the word “lesbian” and ensuring that four other words -- Ghanta, haramipana, haram ke pille and haramkhor -- would also not be heard by the audiences.

In may the government banned a film saying it could strain “friendly relations with foreign States. The Central Board of Film Certification refused to certify ‘Porkalathil Oru Poo,’ a film based on real life story of television journalist, Isaipriya, who was allegedly killed in captivity by the Sri Lankan armed forces in the final stages of the civil war in 2009.

The Rediff News Bureau / Rediff.com in Mumbai
Print this article