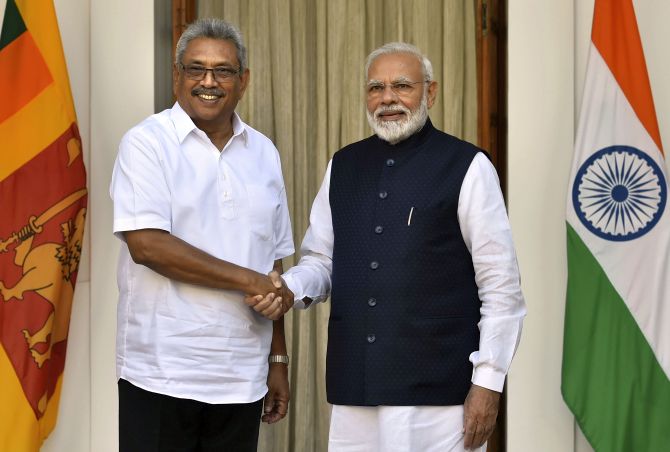 The talks focused on issues like fulfilling aspirations of the Tamil community in Sri Lanka, ways to boost security and trade ties and address concerns of the fishermen.

In his media statement after the talks, Modi said he assured Rajapaksa of India's full assistance in taking his country in the path of rapid development.

The prime minister announced a line of credit of $400 million for development projects in Sri Lanka besides granting a separate fund of $50 million to help the country deal with challenges of terrorism.

Sri Lankan capital Colombo was hit by a series of bombings in April in which over 250 people were killed.

"I have discussed in detail with President Rajpaksa how to strengthen our mutual cooperation in dealing with terrorism. Sri Lankan police officers are receiving training on countering terrorism in prominent Indian institutions," Modi said.

Rajapaksa arrived here on Thursday on a three-day visit, in his first overseas tour after taking over the reins of Sri Lanka 10 days back in reflection of importance he attaches to ties with India. 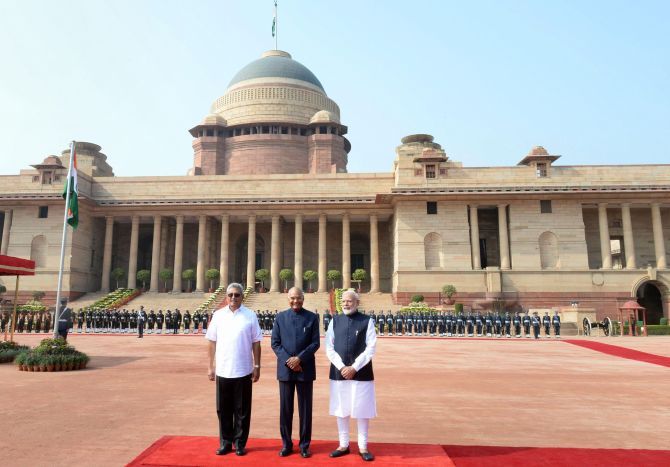 On the lingering Tamil issue, Modi said he was confident that the Sri Lankan government will carry forward the reconciliation process and fulfil the aspirations of the Tamil community.

"The mandate that you have received reflected the aspirations of the Sri Lankan people for a strong and prosperous Sri Lanka. India's good wishes and cooperation are always with Sri Lanka in this regard," Modi said.

Modi said a stable Sri Lanka is not only in interest of India but for entire Indian Ocean Region.

On his part, Gotabaya said the talks were "fruitful" and that a major focus area of the deliberations was on security cooperation.

"My talks with Prime Minister Modi also focused on economic cooperation," he said. 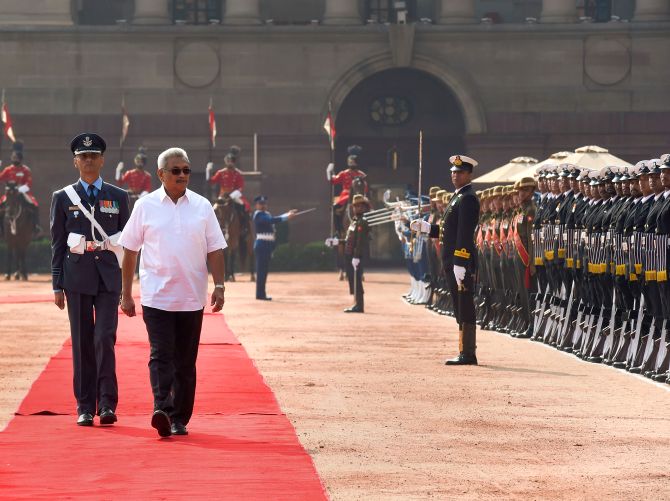 IMAGE: Gotabaya Rajapaksa inspects the guard of honour during his ceremonial reception at the Rashtrapati Bhavan. Photograph: Atul Yadav/PTI Photo

Earlier, Gotabaya said he would strive to take his country's bilateral relationship with India to a "very high level".

Speaking to reporters after a ceremonial welcome at the Rashtrapati Bhavan, he also said both India and Sri Lanka need to work together on issues relating to security.

"During my tenure as president, I want to bring the relationship between India and Sri Lanka to a very high level. We have a long-standing relationship historically as well as politically," Rajapaksa said.

Rajapaksa, a former defence secretary who is credited with ending the country's long civil war, was sworn in as the island nation's new president on November 18, a day after he won the closely fought presidential election in island nation. 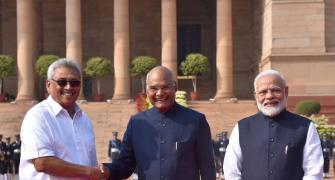 India turns on the charm, will Rajapaksas reciprocate?