The event was planned in such a way that it would serve as a giant display of opposition unity against the Bharatiya Janata Party.

Is the BJP watching? 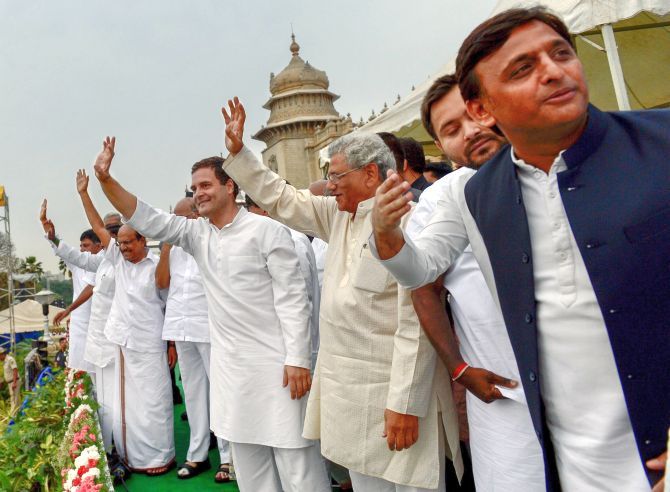 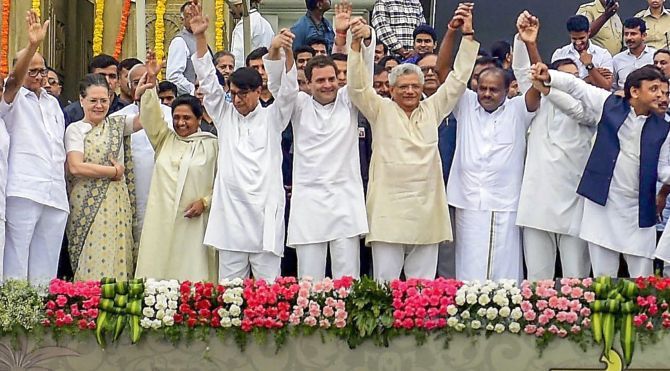 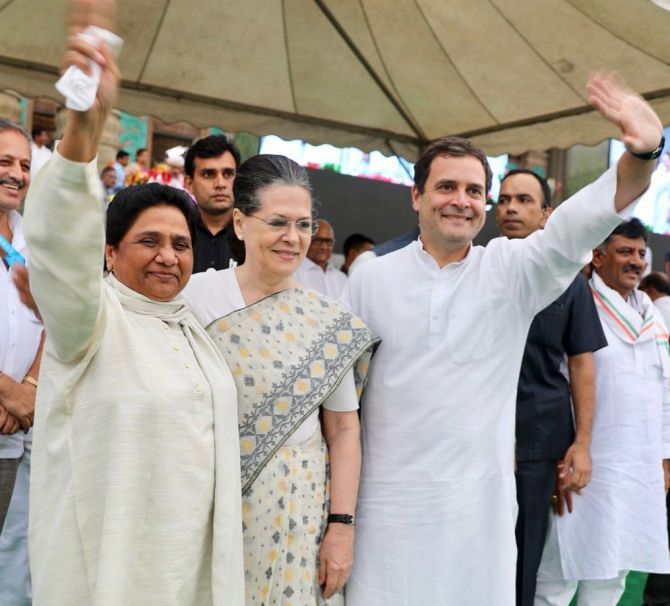 BSP's Mayawati waves to the happy crowds as she hugs UPA chairperson Sonia Gandhi who was accompanied by son and Congress president Rahul Gandhi. Photograph: @INCIndia/Twitter 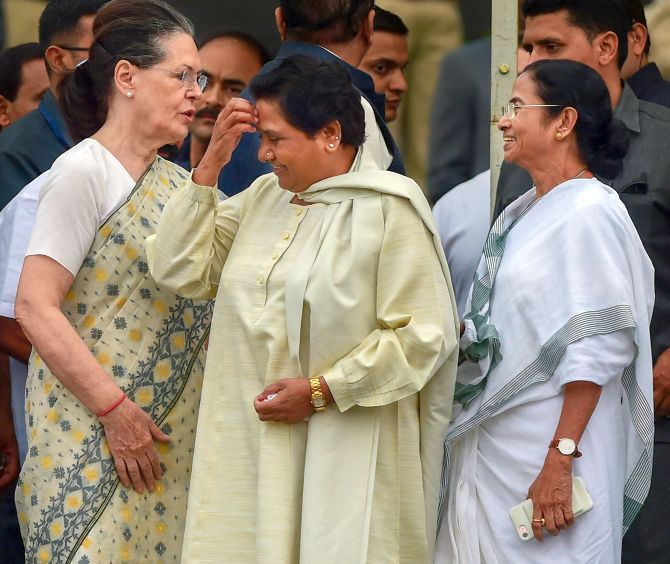 The three most powerful women in politics seem to have a great rapport as Sonia, Mayawati and West Bengal's Mamata Banerjee laugh. Photograph: Shailendra Bhojak/PTI Photo 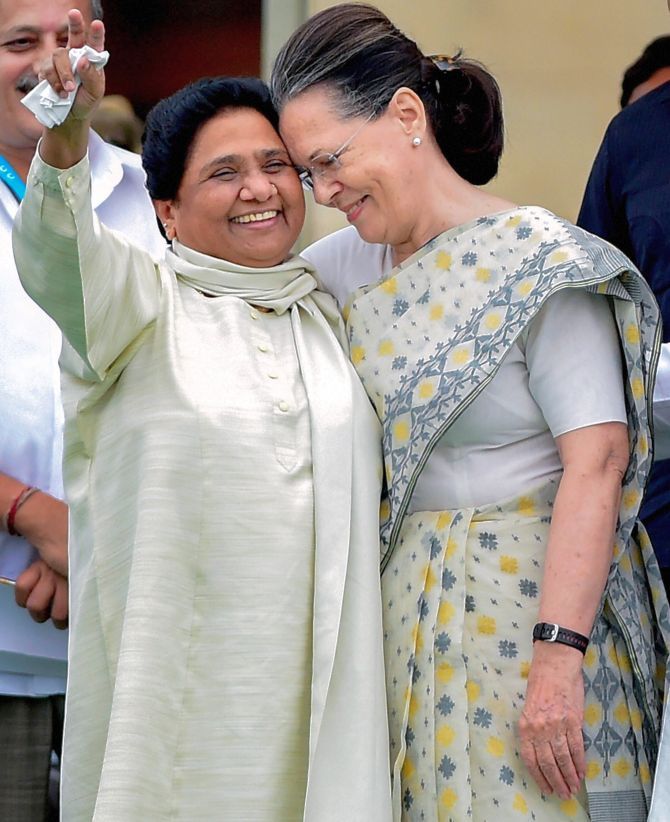 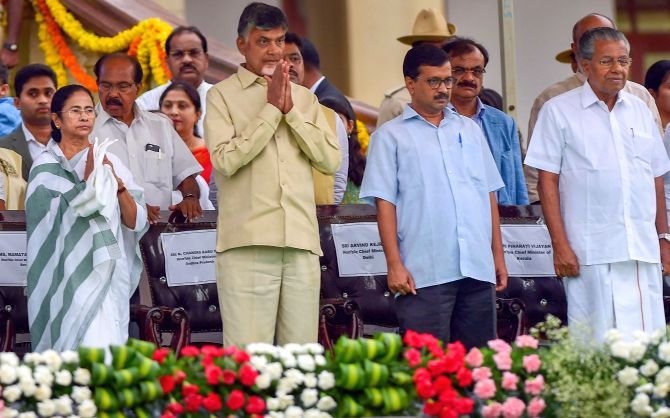 Ahead of the ceremony, N Chandrababu Naidu and Mamata Banerjee called upon all regional parties to come together on a common platform to strengthen federalism. "I met Mamata ji and we all have come here to witness the swearing-in ceremony of Kumaraswamy. He is from a regional party and we are very happy that he has become the chief minister of Karnataka," he said.Photograph: Shailendra Bhojak/PTI Photo 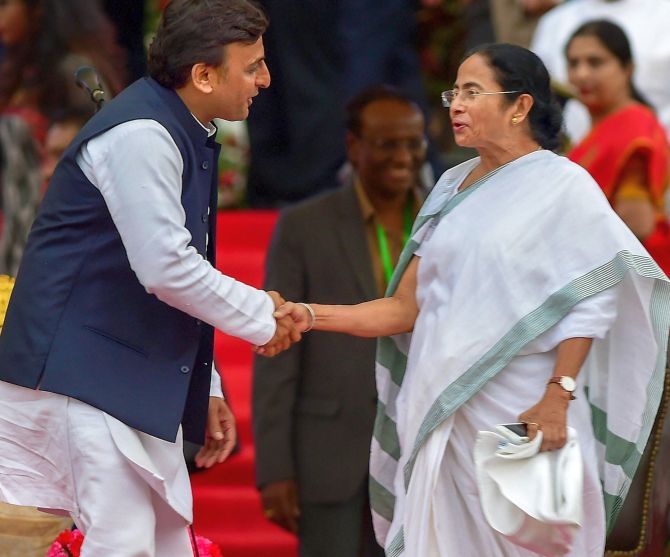 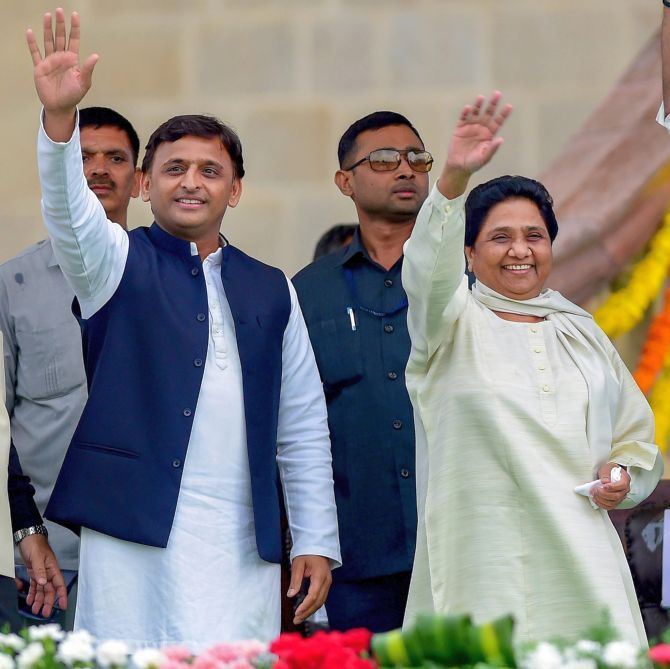 One-time rivals in Uttar Pradesh, Bahujan Samaj Party chief Mayawati and Samajwadi Party president Akhilesh Yadav share the stage at Vidha Soudha in Bengaluru. Though, both the parties have recently come closer, particularly after they together managed to win the Lok Sabha by-elections in Gorakhpur and Phulpur, this is the first time the two leaders will share a platform together at a public event. Photograph: Shailendra Bhojak/PTI Photo 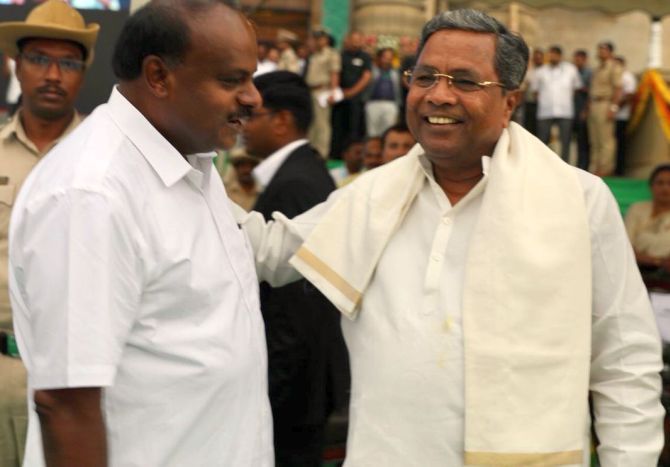 Any advice for me? Newly-sworn in CM Kumaraswamy with previous CM Siddaramaiah. Photograph: @INCIndia/Twitter 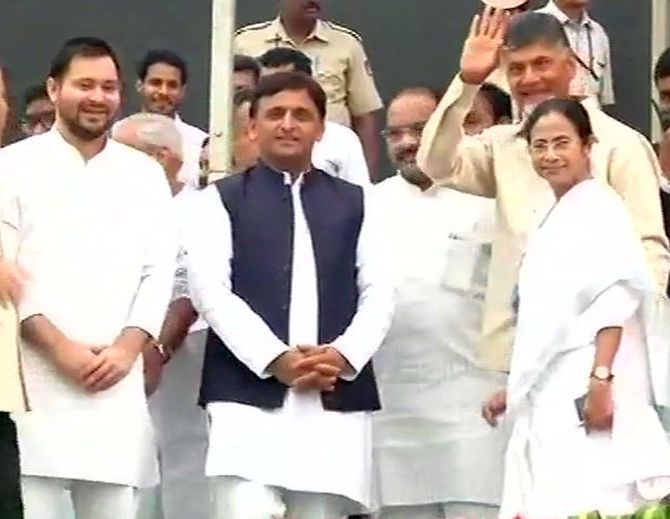 From Patna to Lucknow to Thiruvananthapuram, leaders of opposition parties from across the country showed up for the ceremony. Here's RJD's Tejashwi Yadav with Akhilesh and Mamata di. Photograph: ANI/Twitter 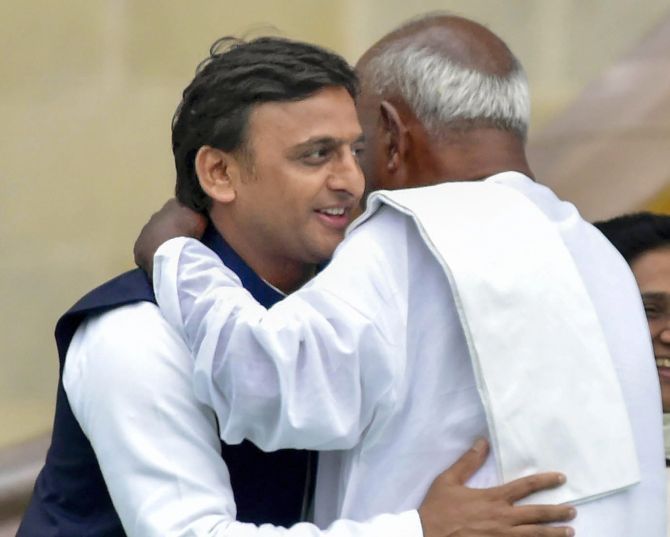 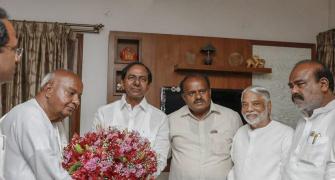 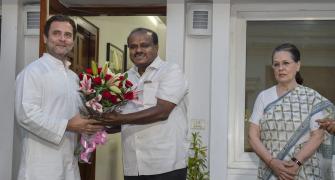 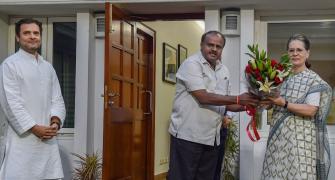 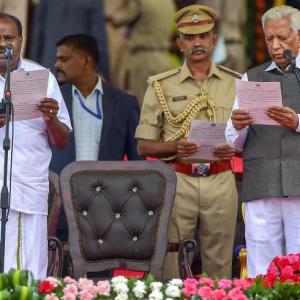 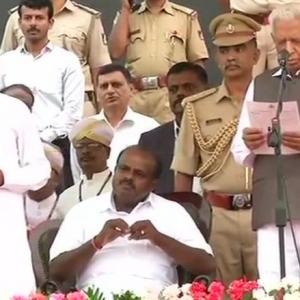