What would you give for a basketball jersey worn by a president? 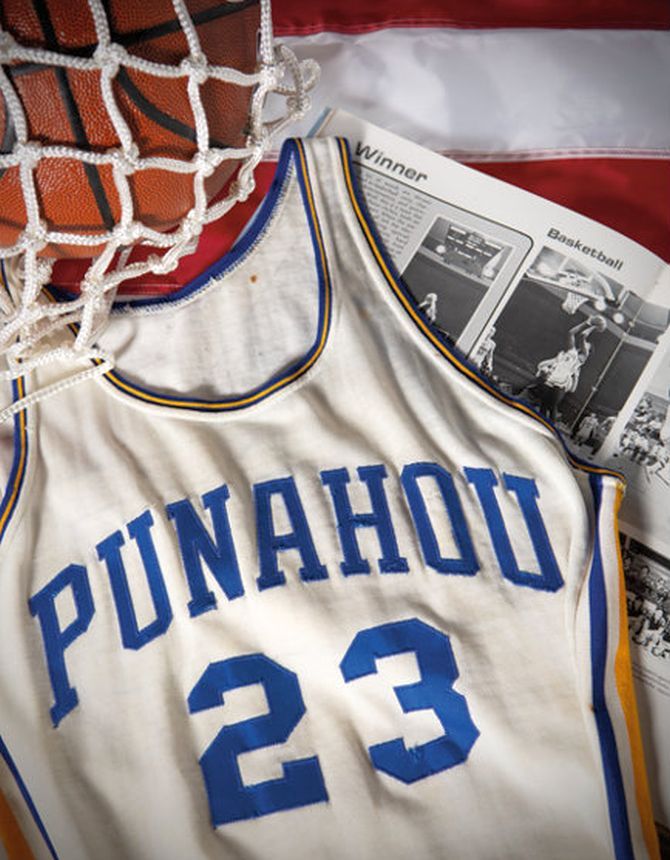 The former United States president wore the jersey during his senior year at Punahou School in Honolulu as a member of the 1979 Hawaii State Champion boys' varsity basketball team.

The jersey was sold by Peter Noble, 55, who was three grades behind Obama at Punahou. Noble wore the same jersey, and when it was going to be thrown out, he took it.

When Noble looked in his yearbook as an adult, he saw a picture of Obama wearing the same No. 23, according to Heritage Auctions. Details on the jersey matched the one in the picture. The jersey is white with blue print and has Punahou and No. 23 on the front in large print. The back has the number and the sides have two blue stripes around a yellow one. The auction site says it is slightly faded and has small stains.

Heritage Auctions estimated the Punahou jersey could sell for $100,000.

The total eclipsed that projection, going up to $120,000 by the time the auction came to a close Saturday night.