The best of the annual 'No Pants' Subway ride

Subway riders across the world got an eyeful on Sunday as thousands of commuters across several countries, including the United States, Britain and Czech Republic, stripped down to their underwear in celebration of the 19th annual No Pants Subway Ride.

'The idea behind No Pants is simple: Random passengers board a subway car at separate stops in the middle of winter without pants,' the event's website says.

The silly tradition was created by Improv Everywhere, a comedy performance art group, in New York City in 2002. 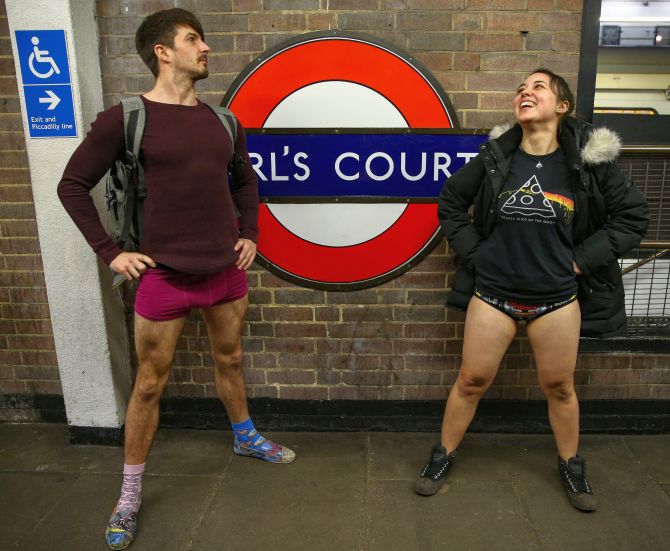 Pants or no pants, we are superheroes! Photograph: Hollie Adams/Getty Images 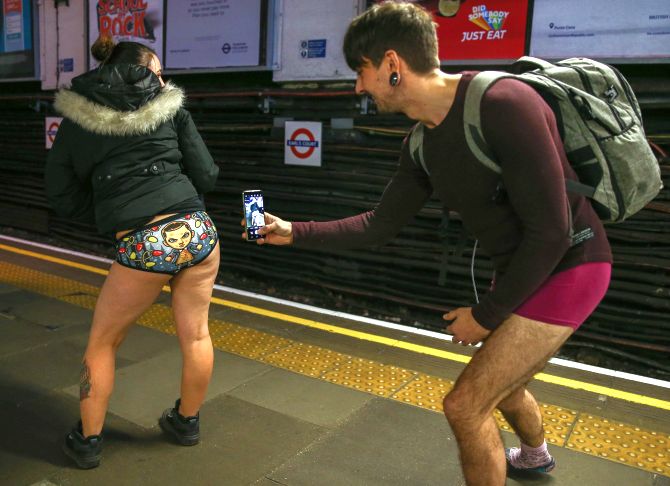 Participants being a bit cheeky on the platform in London. Photograph: Hollie Adams/Getty Images 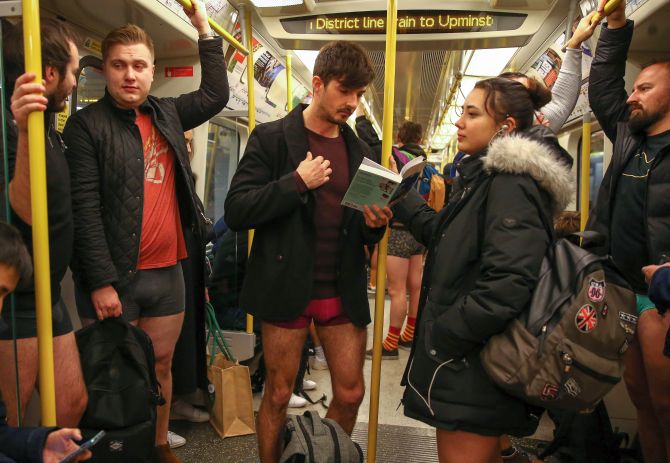 The aim of participants is to travel around town with just lingerie on their lower halves in an effort to help people banish their January blues. Photograph: Hollie Adams/Getty Images 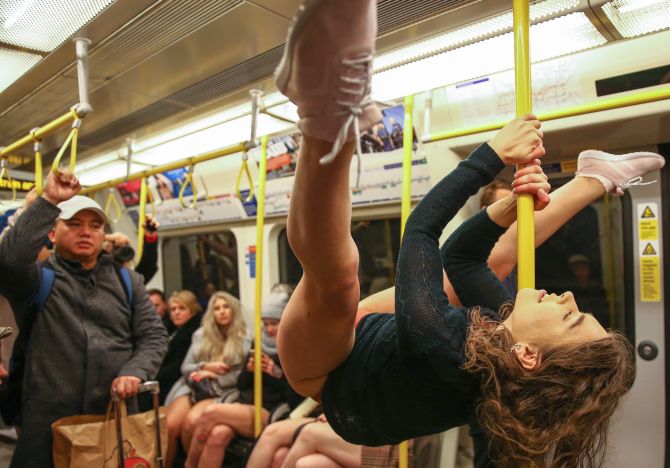 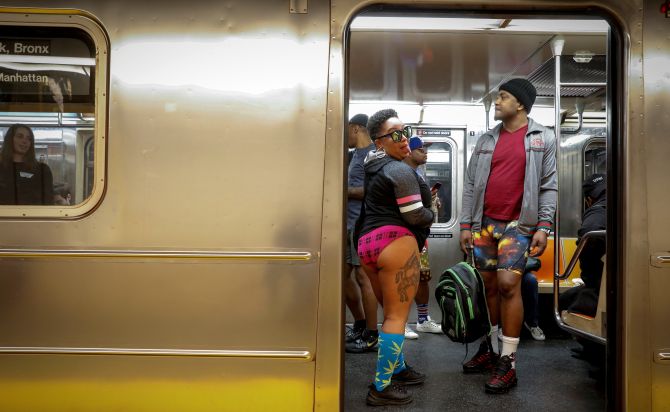 Addressing the reason behind the event, now in its 11th year, organisers said: 'Surely "it's fun" is a good enough reason?.' Photograph: Brendan McDermid/Reuters 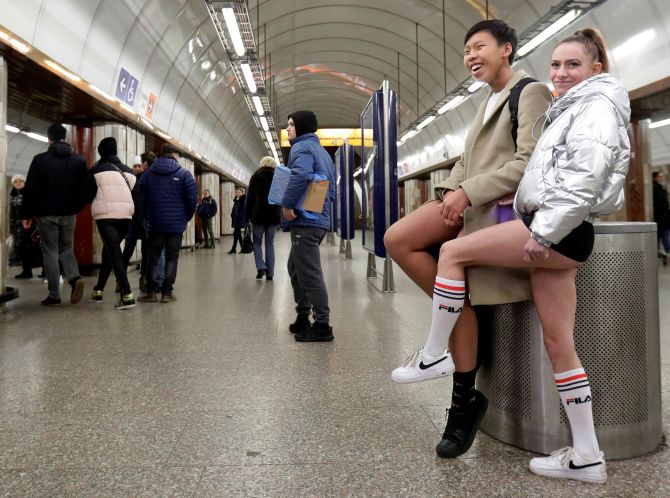 Smile and show off your legs... Photograph: David W Cerny/Reuters 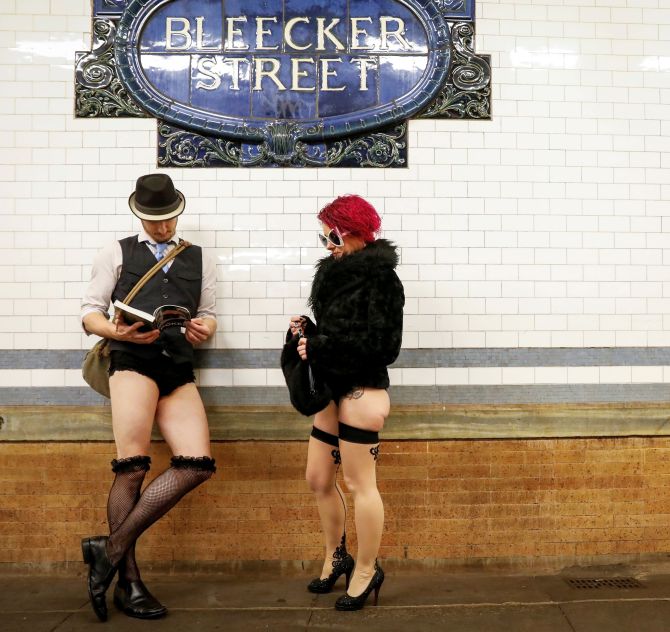 The event began in 2002 as a prank, but has expanded into a national and international event that has happens in several places every year. Photograph: Brendan McDermid/Reuters 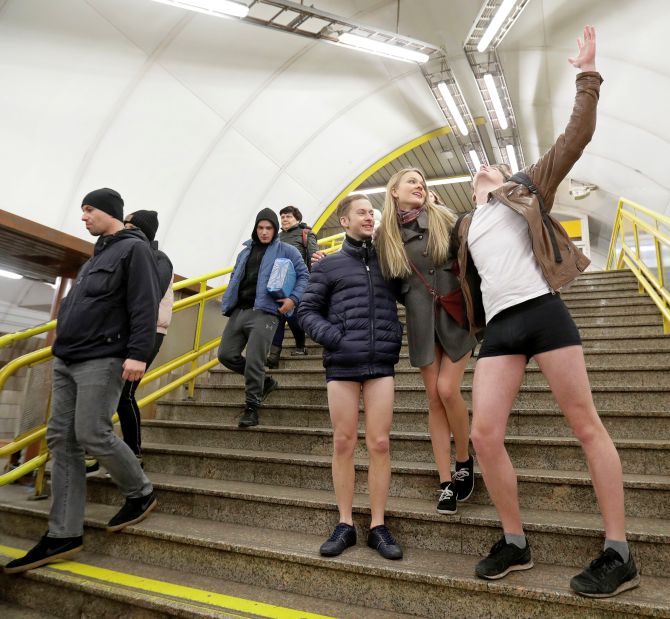 No pants, no problem... we shall pose for selfies. Photograph: David W Cerny/Reuters 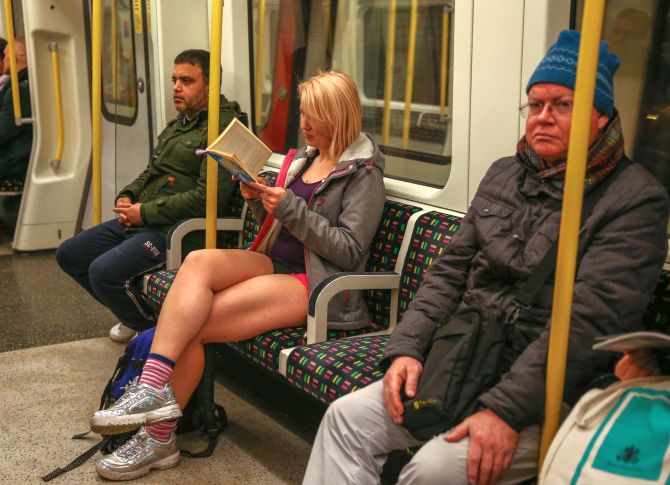 Some people revealed they join the festivity for the thrills, saying: 'Who doesn’t want to throw on their undies and ride the subway in the middle of the winter?' Photograph: Hollie Adams/Getty Images 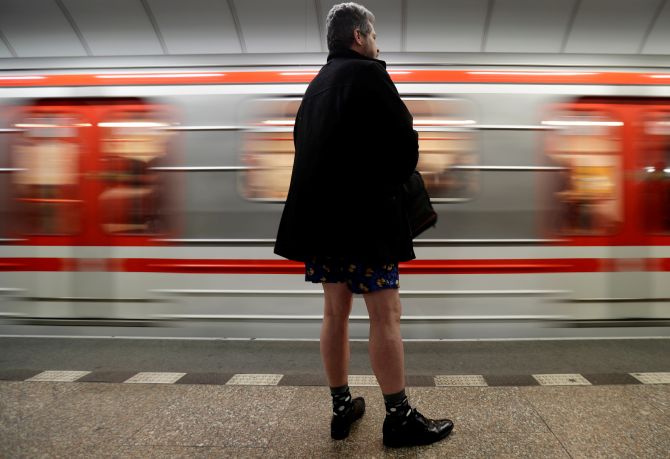