SpaceX capsule Crew Dragon, the first commercial mission to the International Space Station, returned safely to Earth on Sunday, August 2, splashing down in the Gulf of Mexico on Florida's Gulf coast. 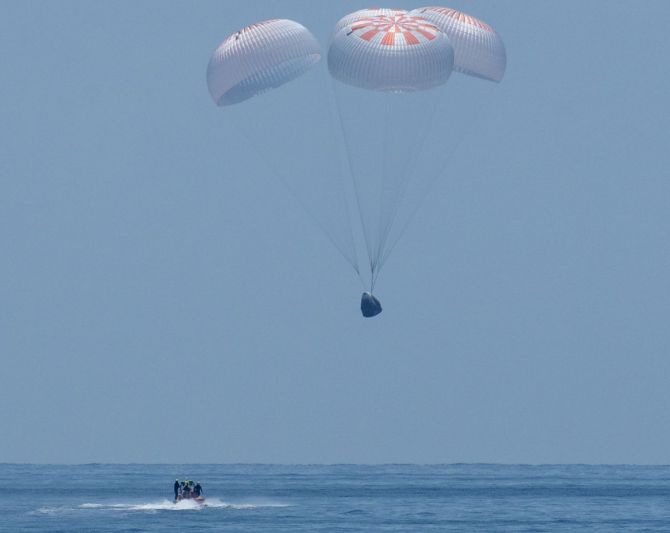 IMAGE: The SpaceX Crew Dragon Endeavour spacecraft is seen as it lands with NASA astronauts Robert Behnken and Douglas Hurley on board in the Gulf of Mexico off the coast of Pensacola, Florida. Photographs: Bill Ingalls/NASA

A recovery ship GO Navigator picked the spacecraft, carrying National Aeronautics and Space Administration astronauts Doug Hurley and Bob Behnken, out of the ocean where it parachuted down, and nestled it in an onboard dock, nicknamed the 'Dragon's Nest'.

The Crew Dragon opened its hatch and the astronauts, who had spent more than 60 days in space, were brought out of the spacecraft. 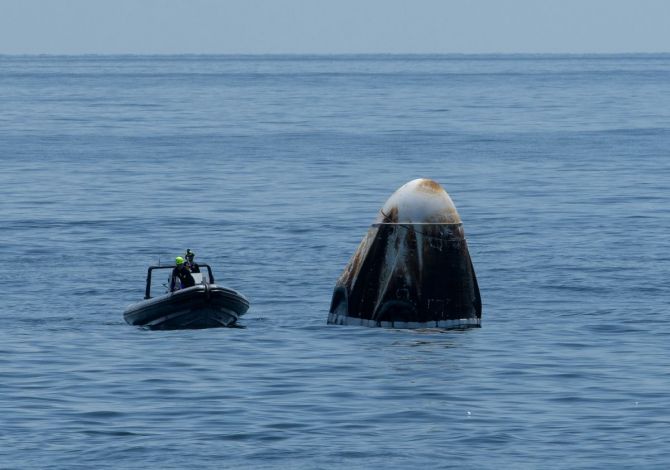 IMAGE: Support teams arrive at the SpaceX Crew Dragon Endeavour spacecraft shortly after it landed in the Gulf of Mexico.

'"To anybody who has touched Endeavour, you should take a moment to just cherish this day." Touching words from @Astro_Doug as @AstroBehnken is safely brought out of the spacecraft. #LaunchAmerica,' NASA said in a tweet. 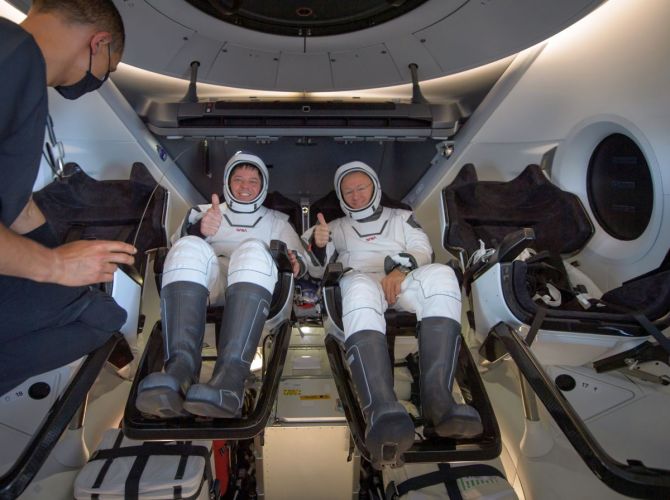 'Thanks for flying @SpaceX. Current Location: Planet Earth. A 2:48pm ET, @AstroBehnken and @Astro_Doug splashed down, marking the first splashdown of an American crew spacecraft in 45 years. #LaunchAmerica,' NASA tweeted.

The last water landing by NASA took place in July 1975.

IMAGE: Support teams and curious recreational boats arrive at the SpaceX Crew Dragon Endeavour spacecraft shortly after it landed in the Gulf of Mexico off the coast of Pensacola.

The astronauts were examined by medical staff before being flown to shore in a helicopter.

Hurley and Behnken arrived at the orbiting laboratory in the Crew Dragon May 31 following a launch from NASA's Kennedy Space Center in Florida on May 30. 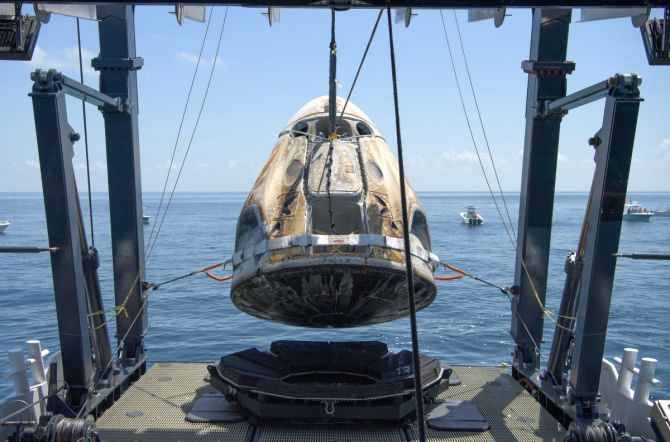 The SpaceX mission could be the first step towards more people going to space as early as September.