According to the Mumbai Traffic Police, a road over-bridge in Ghatkopar area was closed for vehicular traffic as a precautionary measure after a crack was spotted in one of its pillars. Since long-distance and local trains pass under the Ghatkopar bridge, the decision to close it was taken to avoid an incident like the bridge collapse in Andheri last week, an official of the Central Railway said. Several roads were waterlogged and rail tracks submerged at some places as heavy rains continued in the city and the suburbs since Saturday night.

The low-lying areas of Parel, Dharavi, Matunga and King's Circle in Mumbai and towns in the neighbouring Thane district, including Diva, Dombivali, Kalyan and Ambernath, were flooded due to copious rains. Of the 26 weather stations in Mumbai and its suburbs, 14 recorded more than 100 mm rainfall since Saturday, the India Meteorological Department (IMD) in Mumbai said, adding the city's Chembur area received the highest 184.2 mm rainfall followed by Goregaon (162.2 mm). 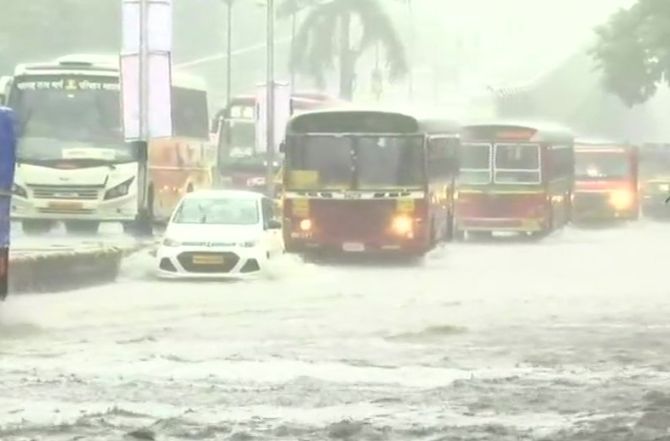 The MeT department has issued a warning for 'heavy to very heavy with isolated extremely heavy rainfall' later in the day in the metropolis and the neighbouring Thane, Palghar and Raigad districts.

It has predicted heavy rains in the city on Monday as well. 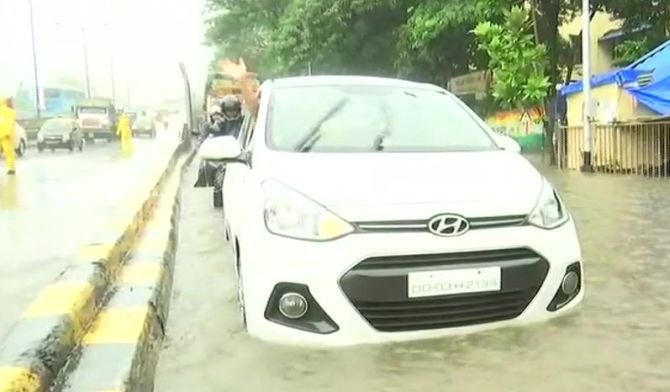