Mumbai local trains open for all after 10 months

After a gap of about 320 days, the Railways permitted all members of the general public to travel in local trains in Mumbai from Monday morning, though for limited hours. 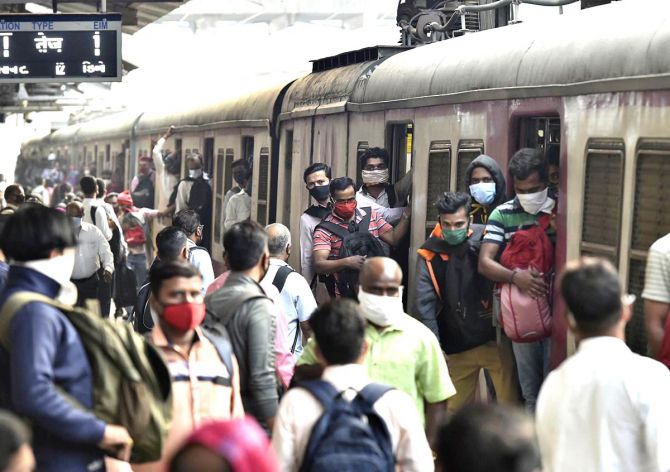 IMAGE: Commuters board a crowded train as authorities permitted all members of the general public to travel in local trains, after a gap of about 320 days owing to the coronavirus pandemic in Thane. Photograph: Mitesh Bhuvad/PTI Photo

Help of local police is being taken to manage the crowd and all authorised entry/exit points and ticket counters have been opened for smooth conduct of the services, Central Railway's Chief Public Relations officer Shivaji Sutar said.

From 7 am to 12 noon and from 4 pm to 9 pm, only employees of the essential services and categories of commuters specified by the Maharashtra government and the ministry of railways are permitted to travel in local trains.

"Wearing of masks is compulsory and coordination will be ensured with civic authorities for collecting fines from those who violate the COVID-19 prevention norms," Sutar said.

The suburban train services, considered as the lifeline of Mumbai, were suspended on the midnight of March 22 last year due to the COVID-19 outbreak and gradually resumed from June 15. 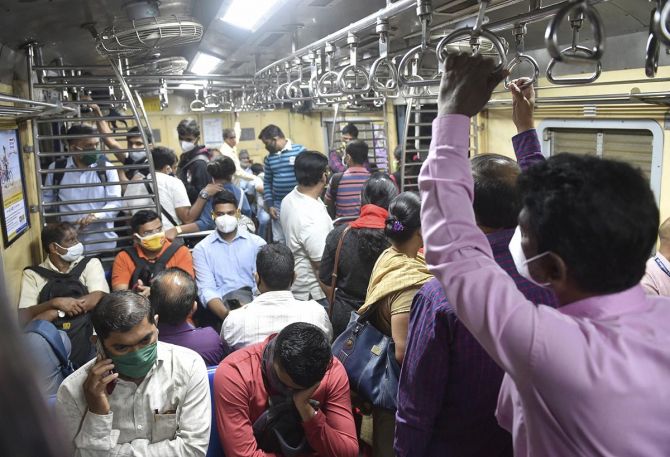 Sutar said for resuming the local train services for all members of the general public now, they have opened all the authorised entry-exit gates, lifts, escalators and foot over-bridges on the suburban railway stations.

All the commercial ticket counters and automatic ticket vending machines have also been opened.

"There is more deployment of security force at crowd-sensitive stations," the official said. Random checking of tickets will be done to see that people are travelling as per the time slots allotted to them, he said.

After the resumption of local train services in June last year, initially, only essential and emergency services staff were allowed to travel in the suburban trains.

Later, various other categories of commuters, including women, were allowed during restricted hours. 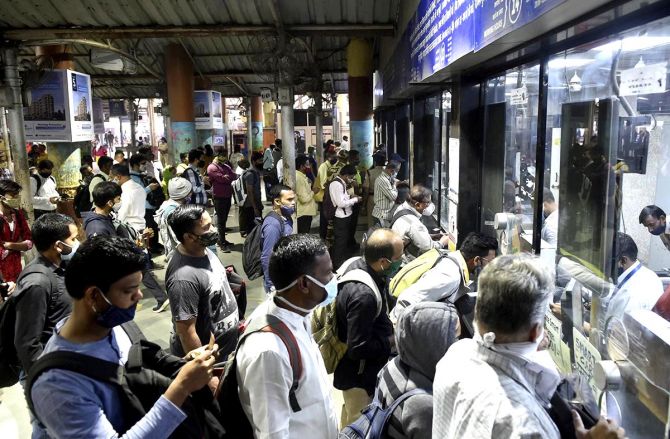 Currently, a total of 2,985 local train services are being operated on the Mumbai suburban network.

These constitute about 95 per cent of the total 3,141 services, which were being operated collectively by the Central Railway and the Western Railway before the coronavirus outbreak, railway officials said.

Out of these, 204 special suburban services were added on Friday, they said.

During normal times before the lockdown, the CR used to operate 1,774 services, while the WR ran 1,367 services on the suburban network.

Source: PTI  -  Edited By: Hemant Waje© Copyright 2021 PTI. All rights reserved. Republication or redistribution of PTI content, including by framing or similar means, is expressly prohibited without the prior written consent.
Related News: Sutar, Central Railway, Mumbai
SHARE THIS STORY
Print this article 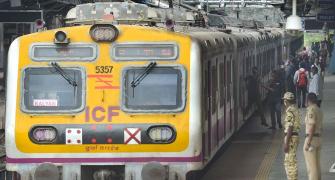 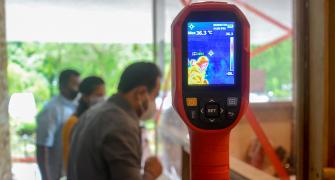 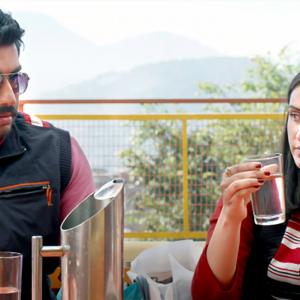