Mumbai finally gets some respite from heavy rains

While water levels have receded in almost all parts of Mumbai, National Disaster Relief Force teams have been kept on standby in different parts of the city in view of heavy rainfalls predicted by the meteorological department. 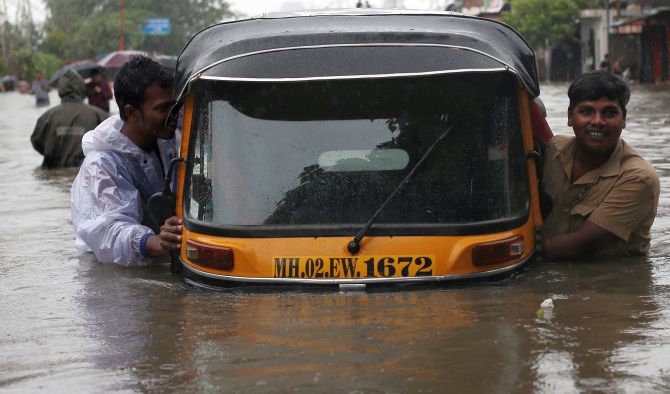 IMAGE: Men push an auto-rickshaw through a flooded road after a heavy rainfall in Mumbai. Photograph: Francis Mascarenhas/Reuters

NDRF teams are kept on standby in Kurla, Parel and Andheri, said an official on Thursday.

As incessant rains lashed Mumbai and Maharashtra, life was thrown out of gear with delay in train and flight services causing great inconvenience to passengers.

Several passengers were seen sleeping outside the Mumbai Domestic Airport amid the flight delays due to rainfall. 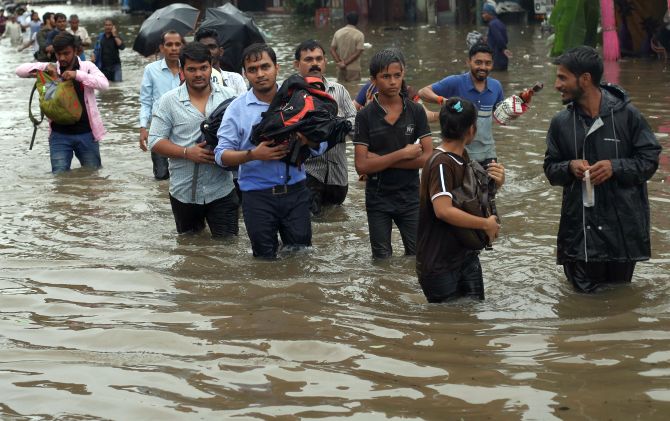 IMAGE: People wade through a flooded road after a heavy rainfall in Mumbai. Photograph: Francis Mascarenhas/Reuters

"Passenger alert!! Due to heavy rains, flights out of Mumbai will be delayed. Passengers are requested to check flight status through Air India website, mobile app or customer care," Air India tweeted on Wednesday.

The India Meteorological Department has predicted heavy rains in several parts of the city and suburbs in the next 48 hours. 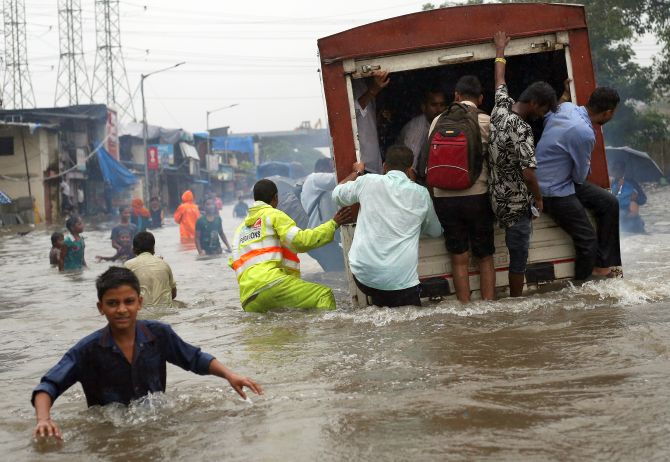 IMAGE: People ride on a truck on a flooded road after heavy rainfall in Mumbai. Photograph: Francis Mascarenhas/Reuters

"Mumbai most likely to get continuous rains and showers with the possibility of extremely heavy falls at isolated places in city and suburbs for the next 48 hours," an IMD release read.

There are relentless rains in several parts across Maharashtra for the past few days. It has also resulted in massive water logging and flood-like situation in some regions. 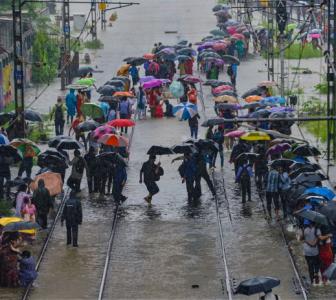 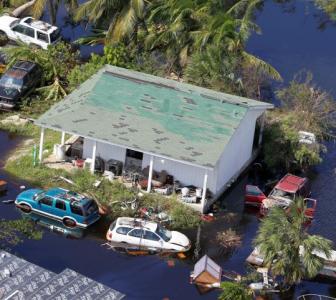 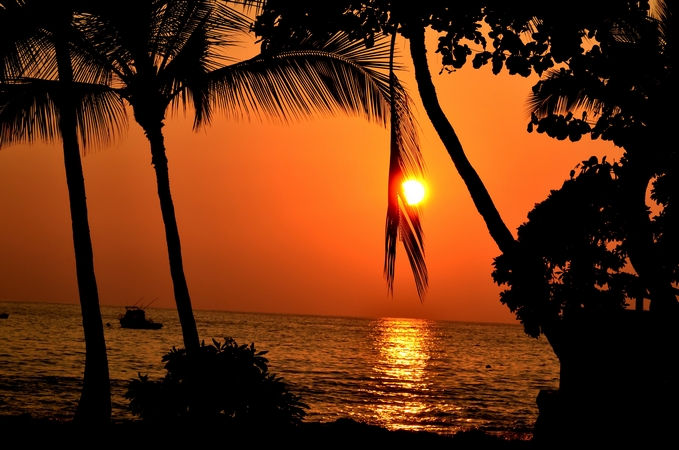 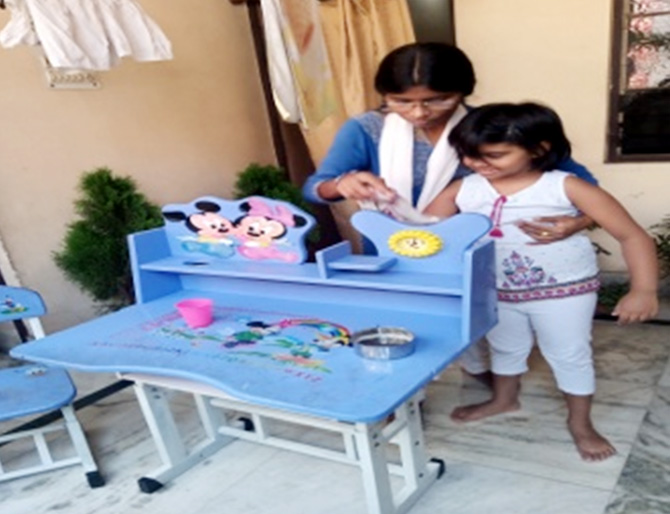 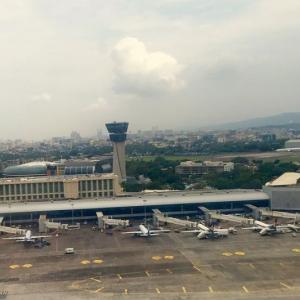