MPs use e-cars, bikes to reach Parliament for Winter Session

Several MPs on Monday made a statement against pollution in the national capital by riding bicycles, sporting masks and even choosing electric vehicles over fuel guzzlers as they arrived for the Winter Session of Parliament.

The air quality in Delhi improved marginally on Monday but remained in the "poor" category for the second consecutive day.

"The government is gradually switching to electric cars as they are pollution-free. I appeal to people to contribute to fight pollution -- start using public transport, electric vehicles etc", he told reporters.

Congress MP Gaurav Gogoi wore a mask as a mark of protest in front of the Mahatma Gandhi statue on the Parliament premises against rising air pollution levels. 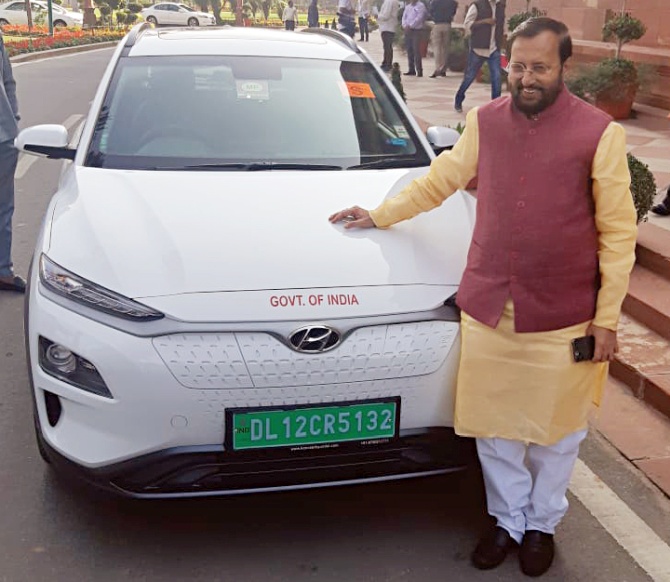 Union Environment Minister Prakash Javadekar opted for an electric car to make his way to Parliament for the first day of the Winter Session. Photograph: ANI Photo 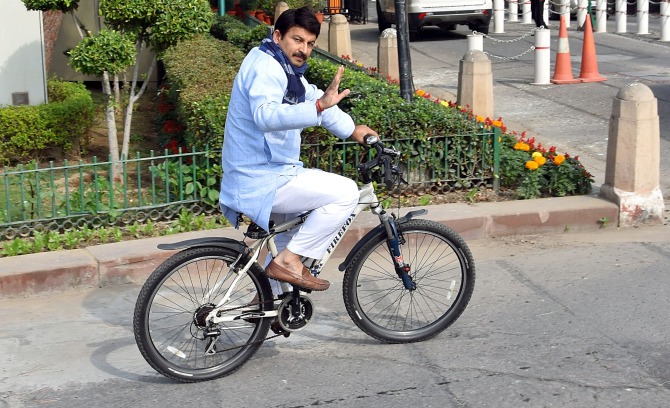 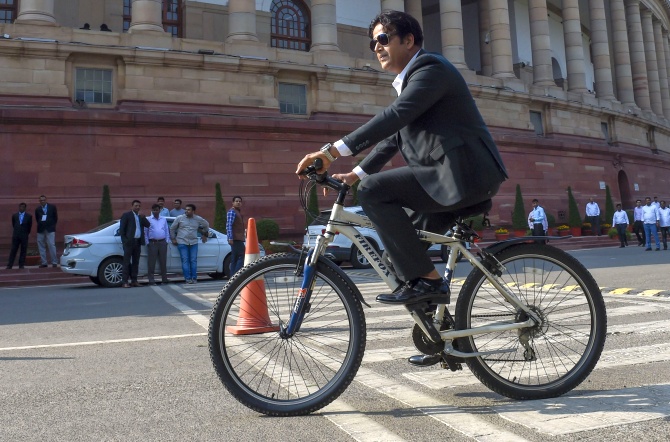 BJP MP Ravi Kisan on a cycle as he makes his way to Parliament. Photograph: Kamal Singh/PTI Photo 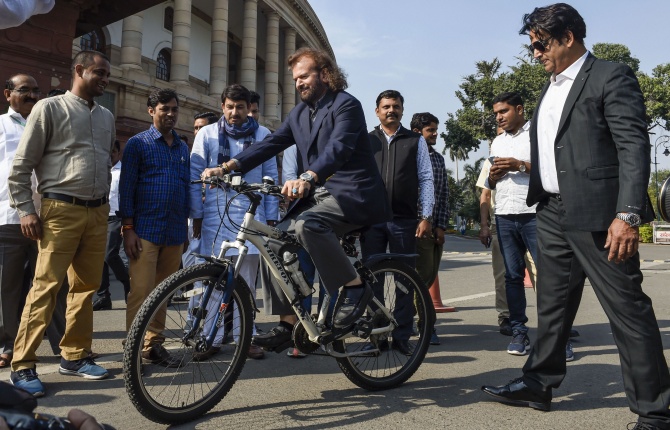 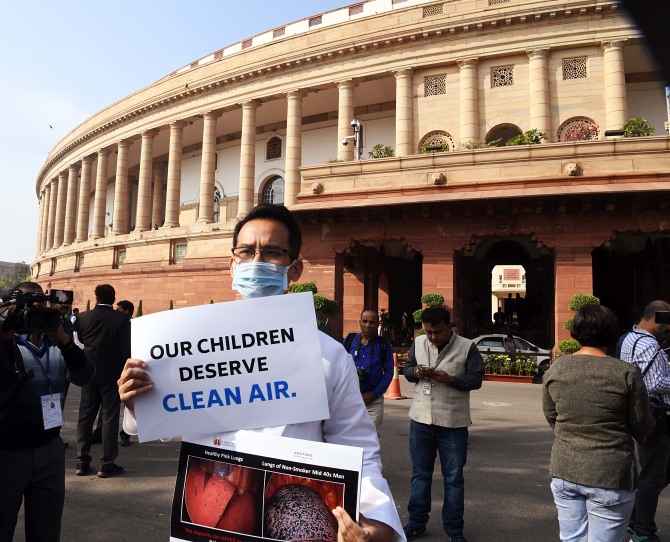 Congress MP from Assam Gaurav Gogoi holds placards during his protest in front of the Parliament House against government inaction on pollution at the winter session of Parliament. Photograph: Raveendran/ANI Photo
© Copyright 2020 PTI. All rights reserved. Republication or redistribution of PTI content, including by framing or similar means, is expressly prohibited without the prior written consent.