The mortal remains of two Indians who were among the 39 people killed in a terror attack in an Istanbul nightclub, will be brought back to India on Wednesday. 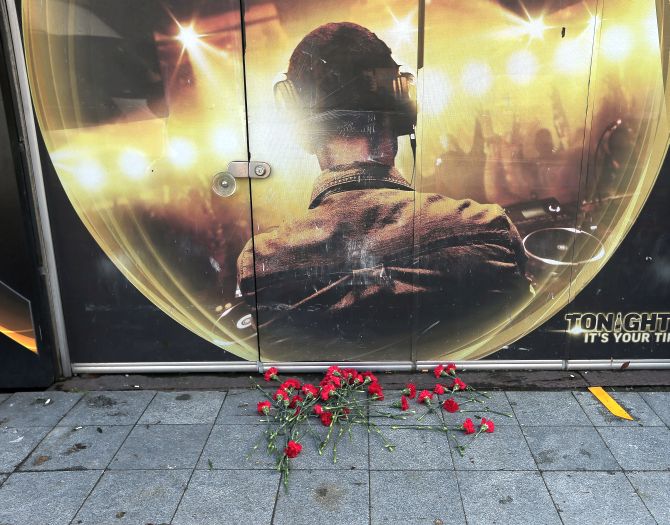 IMAGE: Flowers are placed outisde the Reina nightclub by the Bosphorus, which was attacked by a gunman, in Istanbul. Photograph: Huseyin Aldemir/Reuters

External Affairs Minister Sushma Swaraj said the bodies of Abis Hasan Rizvi and Khushi Shah from Gujarat will be brought back by Turkish Airlines flight from Istanbul on Tuesday night and reach Mumbai on Wednesday morning.

The minister added that Indian envoy in Turkey Rahul Kulshreshth made all the necessary arrangements.

Khushi Shah’s last WhatsApp status said: “What if God asks you after you die… So how was Heaven?”

The 27-year-old fashion designer, hailing from Vadodara, arrived in Turkey on December 28 to meet clients and was scheduled to return to Mumbai on January 2 after ringing in the New Year in Istanbul.

“I have just spoken to Mr Akhtar Hassan Rizvi and Akshay Shah in Turkey. Indian Ambassador Rahul Kulshreshth has made all arrangements for them.

“They are returning with mortal remains by Turkish airlines flight leaving Istanbul tomorrow night and reach Mumbai next morning,” Swaraj said in a series of tweets. 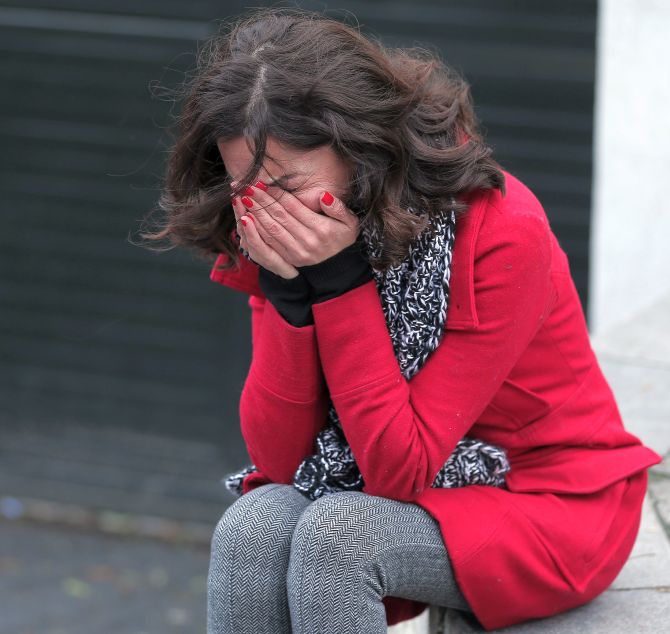 IMAGE: A former employee of the Reina nightclub reacts outside following an attack by a gunman in Istanbul. Photograph: Huseyin Aldemir/Reuters

They were among the 15 foreigners who were killed when a gunman went on a rampage at the waterside Reina nightclub in Istanbul where revellers were celebrating the New Year.

Earlier, external affairs ministry spokesperson Vikas Swarup has said that Indian envoy Kulshreshth was doing everything possible to send back the mortal remains at the earliest. 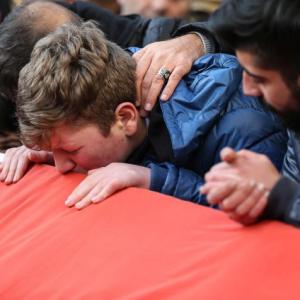