Defying the security cordon, Modi even got off his vehicle a couple of times, walked to the people waiting for him for hours in the summer sun, greeted them and even shook hands with some of them. 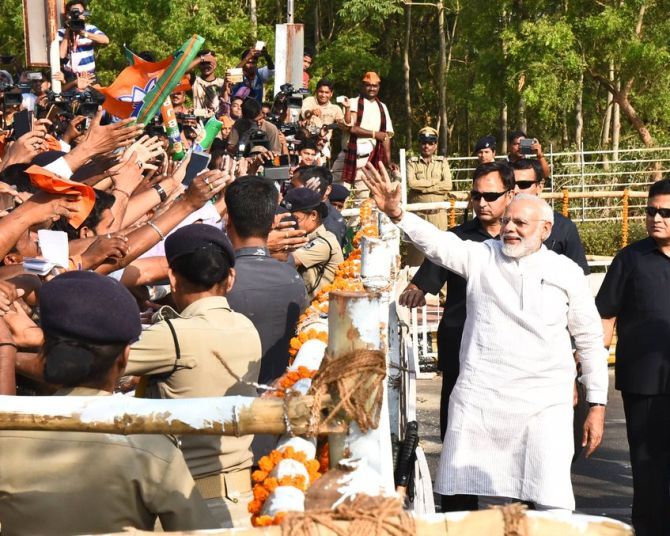 Prime Minister Narendra Modi was given a rousing welcome by the people in Bhubaneswar on Saturday during his 9-km roadshow that he held soon after arriving at the city airport to attend the Bharatiya Janata Party national executive meet.

He was welcomed at the Biju Patnaik International Airport by senior party leaders, state Chief Secretary A P Padhi and Director General of Police K B Singh on behalf of the Odisha government after he boarded off the Indian Air Force’s ‘Raj Hans’ aircraft. 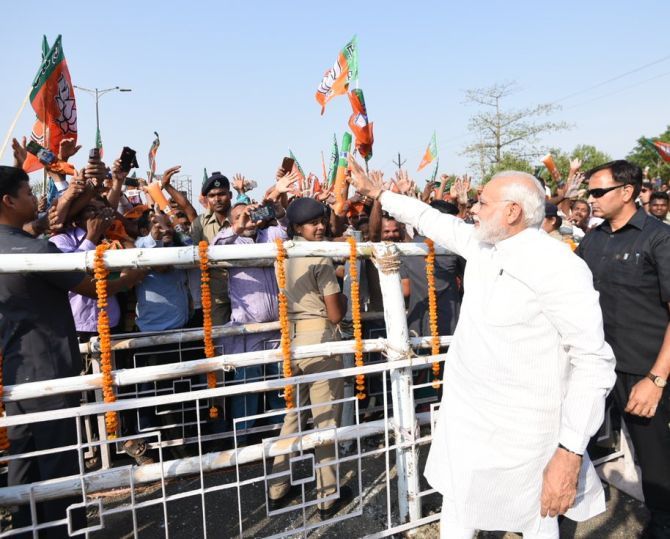 Governor S C Jamir and Chief Minister Naveen Patnaik were not seen at the airport to welcome the prime minister as his visit was ‘non-official’ and political in nature, said the government sources.

Clad in an all white, Modi stood on the foot rest of his Range Rover, beamed and waved at the people who had gathered on both sides of the road with lotus flowers in their hands to greet him. 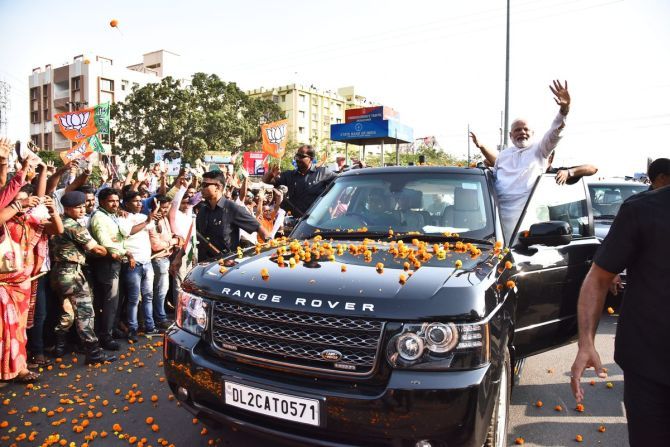 Defying the security cordon, Modi even got off his vehicle a couple of times, walked to the people waiting for him for hours in the summer sun, greeted them and even shook hands with some of them.

He also paid floral tributes to the freedom fighters and illustrious sons of the soil on his way to the Raj Bhavan. 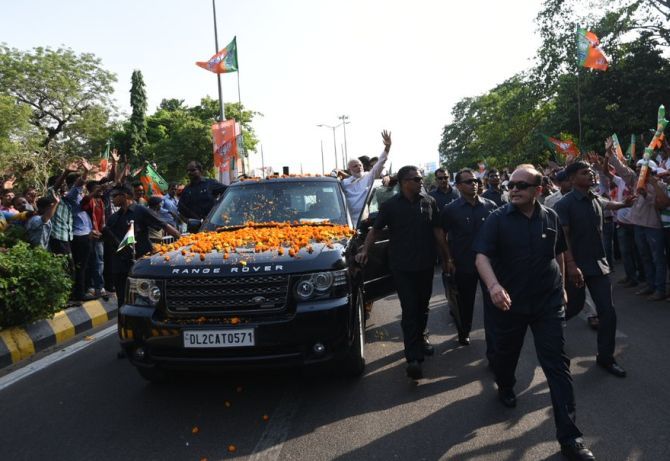 As the prime minister’s 9 km-long roadshow passed through the main road connecting the airport and the Raj Bhavan, the chants of ‘Modi .. Modi’, ‘Bharat Mata ki Jai’ and ‘Bande Mataram’ rent the air.

The state BJP also organised folk dance, songs and folk music at different places along the route taken by the prime minister. 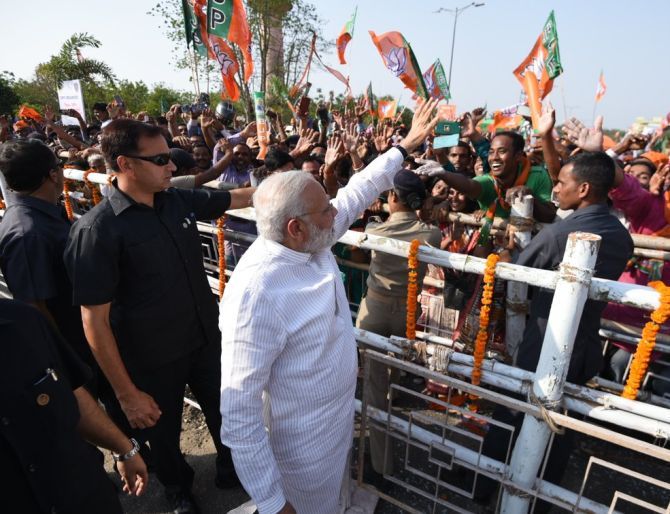 The members of the BJP’s Mahila Morcha felicitated the prime minister in front of the Raj Bhavan, giving him lotuses.

After a 20-minute halt at Raj Bhavan, Modi resumed his roadshow. He got off the vehicle and walked for about half-a-km near Jaidev Vihar, mingling freely with the people before arriving at Janata Maidan, the venue of the two-day national executive. 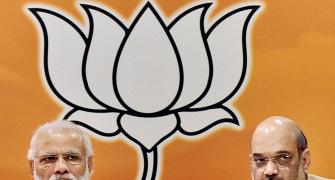 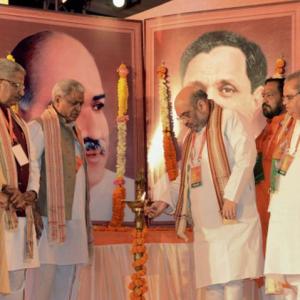