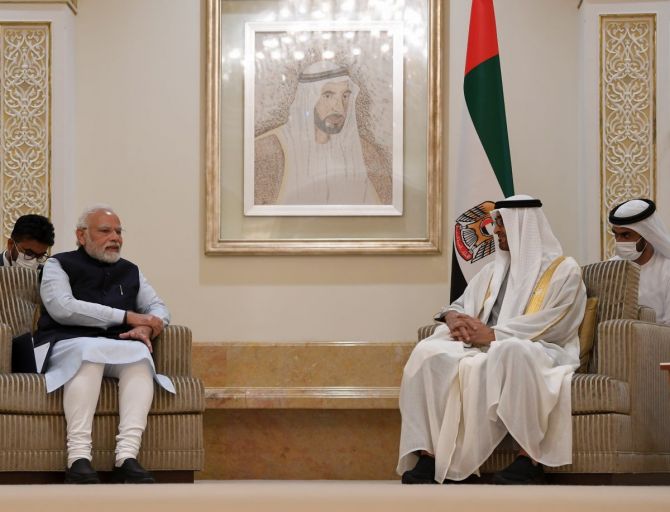 Modi met Sheikh Mohamed during a brief stopover in Abu Dhabi on his way to India from Germany to personally convey his condolences on the demise of former president of the Gulf nation Sheikh Khalifa bin Zayed Al Nahyan.

"I am touched by the special gesture of my brother, His Highness Sheikh Mohamed bin Zayed Al Nahyan, of coming to welcome me at Abu Dhabi airport. My gratitude to him," Modi tweeted.

This is their first interaction after the UAE leader's election as the new president of the Gulf nation last month.

During the meeting, Prime Minister Modi conveyed his heartfelt condolences to Sheikh Mohamed as well as Royal family members, the Ministry of External Affairs said in a press release. 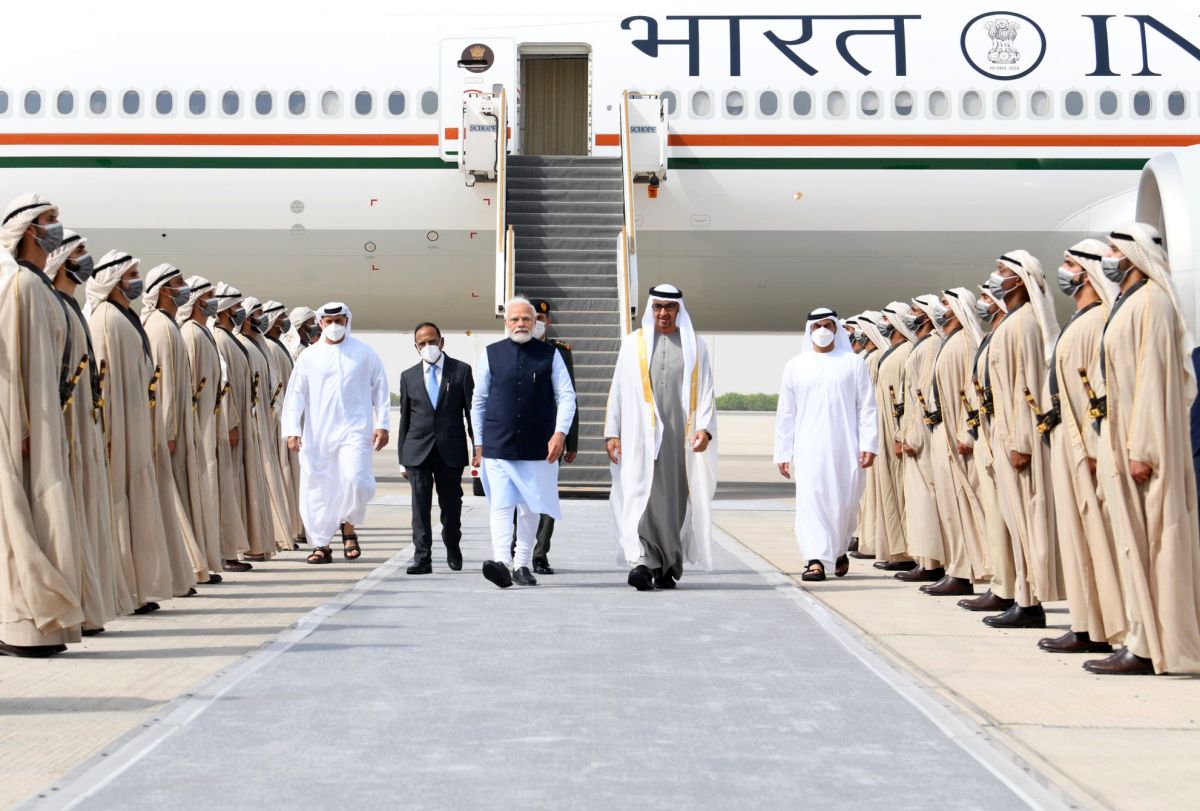 Modi had expressed grief over Sheikh Khalifa's death last month, calling him a great statesman and visionary leader under whom India-UAE relations prospered.

India had announced one day of state mourning following the demise of Sheikh Khalifa.

Sheikh Khalifa died on May 13 at the age of 73 after a long illness.

He served as the President of the UAE and ruler of Abu Dhabi from November 3, 2004 until his death.

Vice President M Venkaiah Naidu last month visited the UAE and offered condolences to the UAE leadership on the demise of Sheikh Khalifa.

During the meeting, Modi also congratulated Sheikh Mohamed on his election as the third President of the UAE and becoming the Ruler of Abu Dhabi, the release said.

Both leaders reviewed various aspects of India-UAE Comprehensive Strategic Partnership which they have carefully nurtured over the past few years, it added. 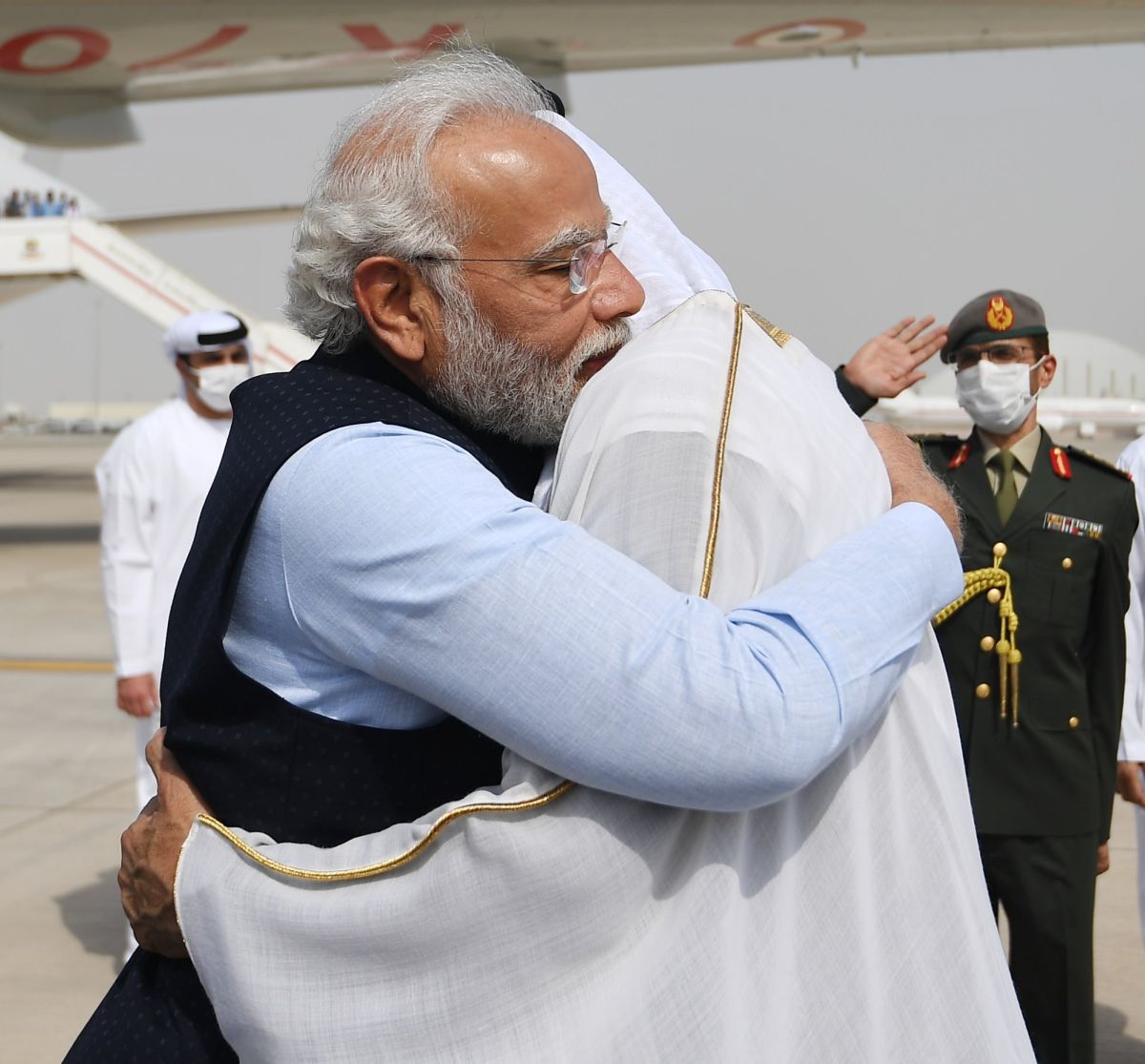 During their Virtual Summit on February 18, both countries signed the Comprehensive Economic Partnership Agreement, which has since entered into force on May 1. The CEPA is expected to further boost trade and investment between both countries.

The UAE is India's third largest trade partner and second largest export destination. UAE FDI in India has continuously increased over the past few years and currently stands at over USD 12 billion.

During the Virtual Summit, both leaders had also released a Vision Statement which has laid the roadmap for bilateral cooperation in coming years in diverse areas including trade, investment, energy including renewable energy, food security, health, defence, skills, education, culture and people-to-people ties.

Both leaders expressed satisfaction that India and UAE continue to forge closer partnership in these areas building on their close and friendly relations and historical people-to-people connect. India-UAE have a strong energy partnership which is now acquiring new focus on renewable energy, the release added.

Indian expatriate community is the largest ethnic community in UAE constituting roughly about 35 per cent of the country's population. 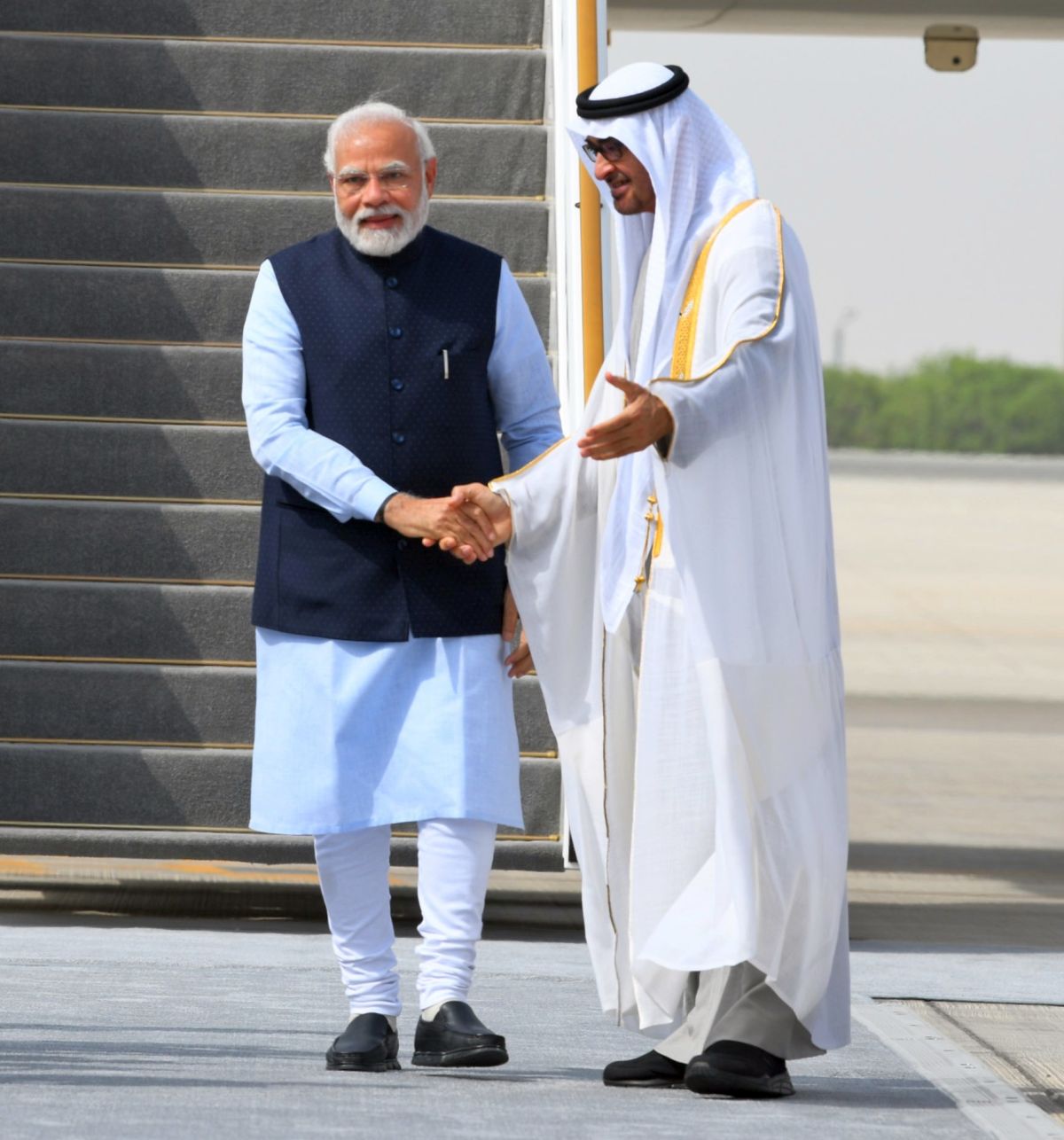 Later in the evening, Modi left for India. He was seen off by UAE President Sheikh Mohamed at the airport.

Modi arrived in Abu Dhabi on a brief visit after attending a productive G7 Summit in Germany where he interacted with several world leaders on the margins of the summit and discussed issues aimed at furthering global well-being and prosperity.

The last visit by Modi to the UAE was in August 2019 during which he received the UAE's highest award, 'Order of Zayed' conferred upon him by the UAE President.

The UAE is the third-largest export destination of India (after the US and China) with an amount of nearly USD 16 billion for the year 2020-21.

For the UAE, India is the third-largest trading partner for the year 2020 with an amount of around USD 27.93 billion (non-oil trade).

Photographs: @narendramodi/Twitter
© Copyright 2022 PTI. All rights reserved. Republication or redistribution of PTI content, including by framing or similar means, is expressly prohibited without the prior written consent.