The PM held wide-ranging talks with the Sultan of Oman and signed eight agreements, including pacts on cooperation in the field of defence, health and tourism. 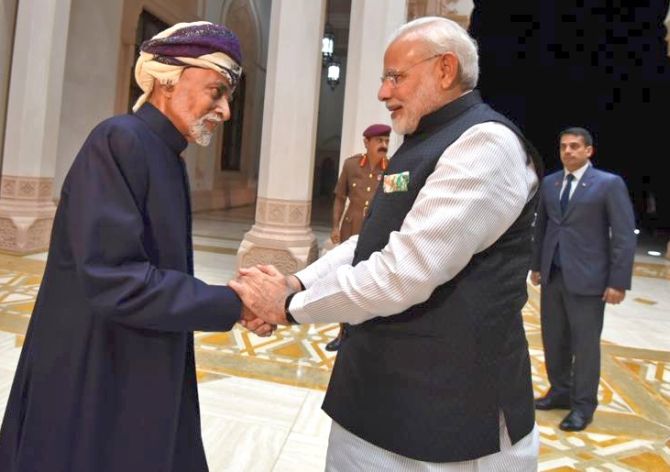 Prime Minister Narendra Modi on Monday held wide-ranging talks with the Sultan of Oman as the two sides signed eight agreements, including pacts on cooperation in the field of defence, health and tourism.

Modi, who arrived from Dubai on the last leg of his three-nation tour, led delegation-level talks with Qaboos bin Said al Said and discussed measures to strengthen cooperation in trade and investment, energy, defence, security, food security and regional issues.

Sultan Qaboos appreciated the contribution of “honest and hard working” Indian nationals in the development of Oman. 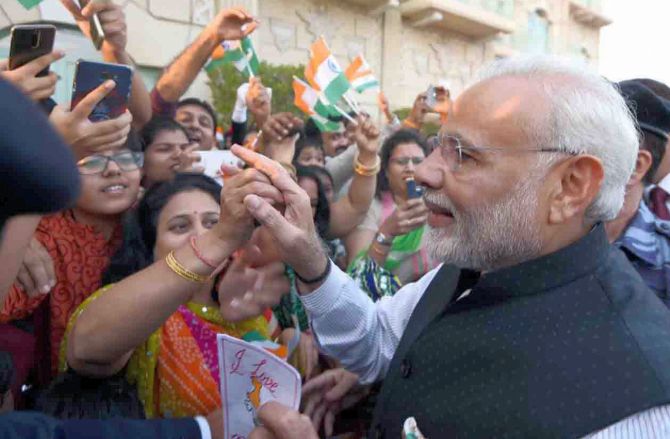 IMAGE: Modi told the members of the Indian community that they are partners in realising the vision of new India. Photograph: PTI Photo

After their talks, the two sides signed eight agreements, including an MoU on legal and judicial cooperation in civil and commercial matters.

They also signed an agreement on mutual visa exemption for holders of diplomatic, special, service and official passports and an MoU on cooperation in the field of health, tourism and peaceful uses of outer space.

An MoU on academic and scholarly cooperation between National Defence College, Sultanate of Oman and the Institute for Defence Studies and Analyses.

The two sides also signed annexure to the MoU on military cooperation. 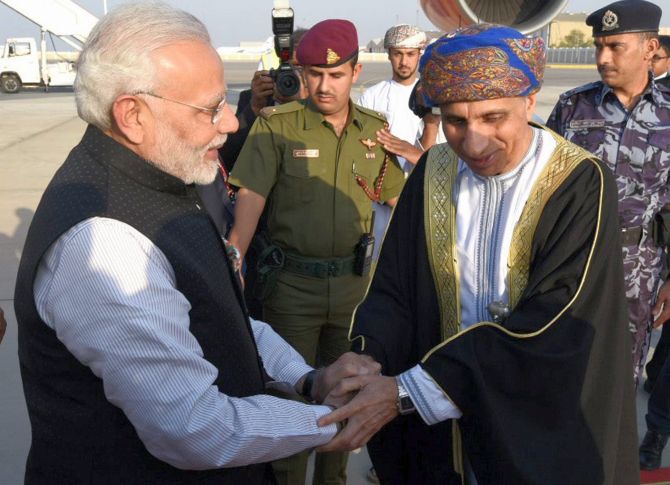 IMAGE: Modi arrived in Oman after his visit to Ramallah and the United Arab Emirates.
Photograph: PTI Photo

Earlier addressing the Indian diaspora, the PM took a dig at the Congress, saying India’s image had suffered due to a long list of scams in the previous regime and his government worked hard to change the “style of misgovernance”.

Modi said that with the mantra of “minimum government, maximum governance”, his government was working to make the life of citizens easier.

“The country cannot progress in the 21st century with a style of misgovernance. The long list of scams (in previous regime) had harmed India’s image. We have worked hard to bring out the country from that phase of misgovernance,” he said. 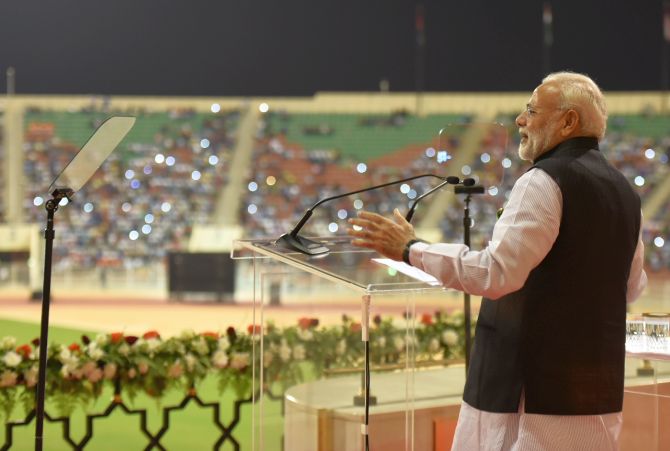 IMAGE: Speaking to the Indian Diaspora, Modi said that his government was working towards a ‘new India’ where the poorest of the poor can strive to achieve their dream. Photograph: MEA/Flickr

Modi said his government has scraped 1,400-1,450 outdated laws, made procedures simple, pays attention to people’s problems with sincerity and take action on them as part of efforts to change the culture of governance in new India.

“All of us are working towards a ‘new India’ where the poorest of the poor can strive to achieve their dream,” Modi told a cheering crowd during his hour-long speech.

“The people have already started to feel a change,” he said, amid chants of ‘Modi Modi’.

Modi told the members of the Indian community that they are partners in realising the vision of new India.

“The eight lakh Indians in Oman are good-will ambassadors who have contributed to the development of the country. I get a feeling of home in Oman. This is possible only because of the people and the leadership of Oman,” he said. 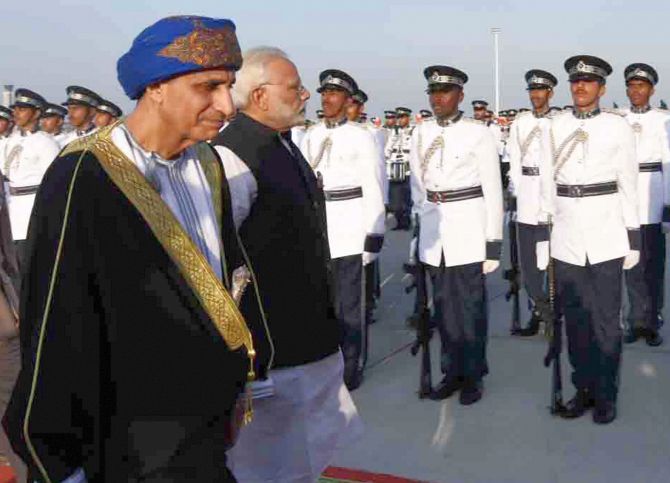 The PM said that the fact that he delivered the inaugural address at the World Government Summit in Dubai shows that India’s stature is growing.

“For the last three years, we have been improving India’s relationship with the Gulf countries,” he said, adding that with India’s increasing progress and credibility, the Gulf countries have increased their interest in the country.

Modi said the ties of India and Oman have always remained strong despite the ups and downs in the political environment in both the countries.

He also said that Indian diaspora has played an essential role in strengthening these ties.

On the first leg of his trip, Modi had travelled to Ramallah, becoming the first Indian prime minister to make an official visit to Palestine. From there he visited the UAE, before arriving in Oman. 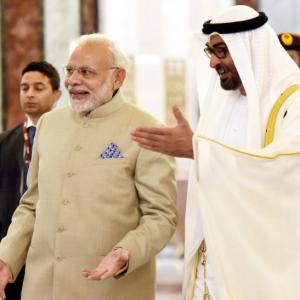 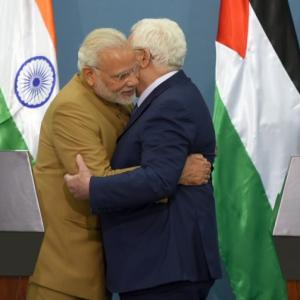