Let me pass: Migrant mom begs soldier to let her enter US

A photo of a Guatemalan mother pleading with a Mexican National Guard soldier to let her and her child continue on to the United States border has gone viral, shining a light on the plight of asylum seekers hoping to reach American soil. 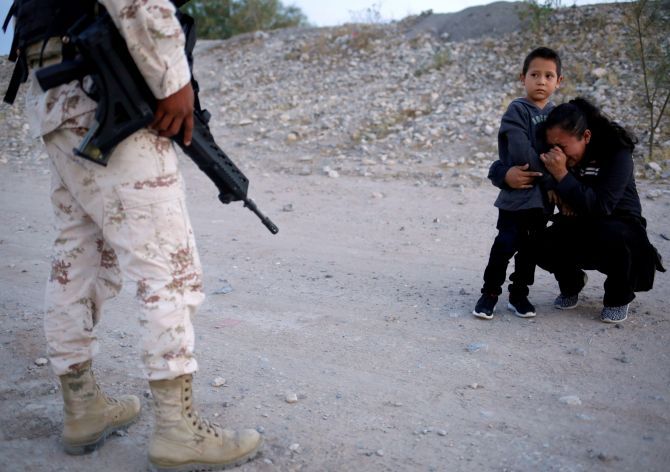 IMAGE: Guatemalan migrant Lety Perez embraces her son Anthony while praying to ask a member of the Mexican National Guard to let them cross into the United States, as seen from Ciudad Juarez, Mexico. Photograph: Jose Luis Gonzalez/Reuters

The image captured by Reuters photographer Jose Luis Gonzalez on Monday shows the horrible plight of this mother and son who had travelled some 2,410 kilometre from their home country of Guatemala to the border city of Ciudad Juarez, only to be stopped mere feet from the United States.

According to the Reuters photographer, the woman -- identified as Lety Pérez -- begged the soldiers to let her and her son pass. "The woman begged and pleaded with the National Guard to let them cross ... she wanted to cross to give a better future to her young son," photographer Jose Luis Gonzalez was quoted as saying.

Pérez cries out to the unidentified soldier: "Let me pass, I beg of you." 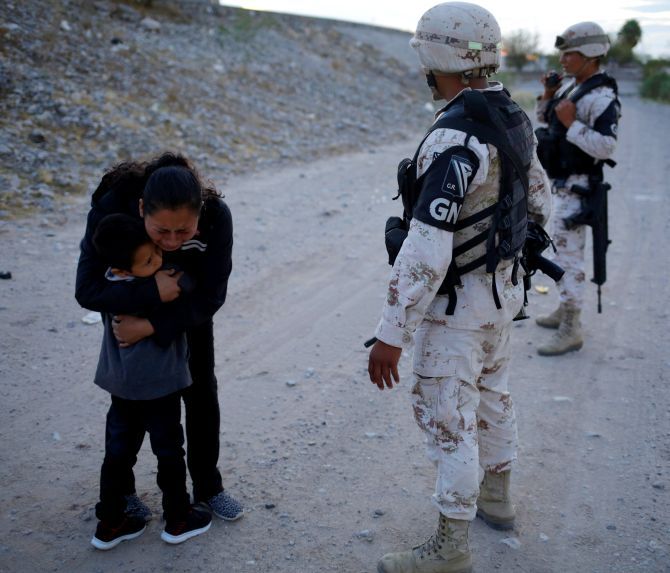 IMAGE: The incident took place when the Reuters photographer was making his daily round alongside the dry riverbed of the Rio Grande that separates his native Ciudad Juarez from El Paso, Texas, and the guards apprehended a handful of migrants, including the mother and son duo, on a dusty, dirt road overlooking the river. Photograph: Jose Luis Gonzalez/Reuters

"Don't let them send me back," she says. "I just want to give my son a better life."

Migrant movement along the United States border has been highlighted in the recent past. IMAGE: The migrant mother with tears rolling down her face told the guard, 'Don't let them send me back. I just want to give my son a better life'. Photograph: Jose Luis Gonzalez/Reuters

Trump said on Wednesday that Mexico will "probably put up more" troops to its US border.

In response to a request for information, a spokesman said US Customs and Border Protection did not have the resources needed to track the current whereabouts of Perez and her son. 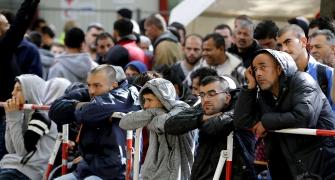 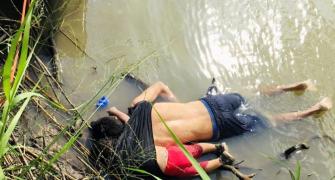 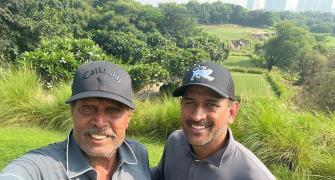 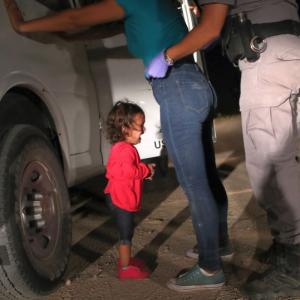 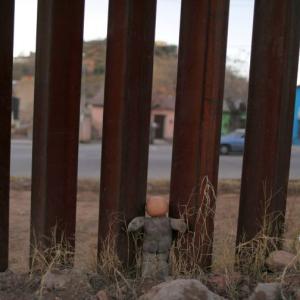