Saudi journalist Jamal Khashoggi, who was murdered at the Gulf Kingdom's consulate in Istanbul in October, and three other journalists were named TIME's Person of the Year, an honour that recognises them for "taking great risks in pursuit of greater truths" and "for speaking up and for speaking out".

"For taking great risks in pursuit of greater truths, for the imperfect but essential quest for facts, for speaking up and for speaking out, the Guardians -- Jamal Khashoggi, the Capital Gazette, Maria Ressa, Wa Lone and Kyaw Soe Oo -- are TIME's Person of the Year," the magazine said on Tuesday.

Here's all you need to know about TIME's Guardians. 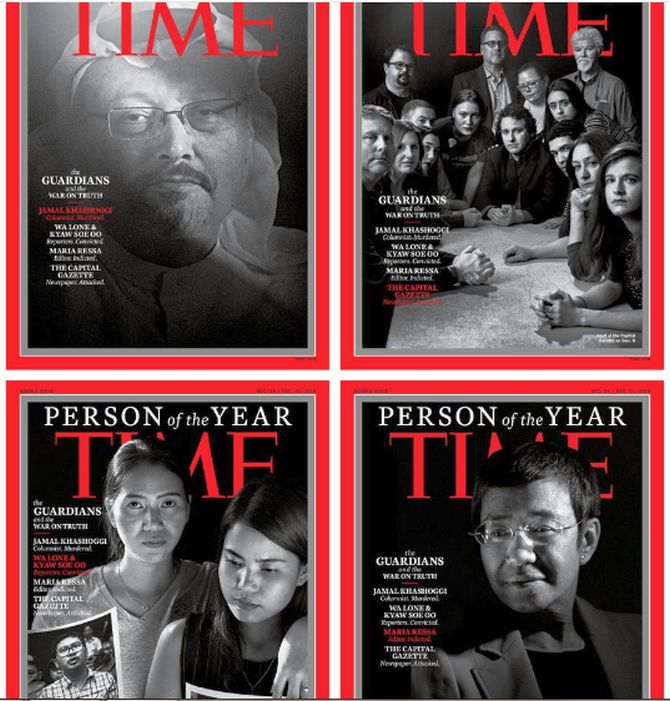 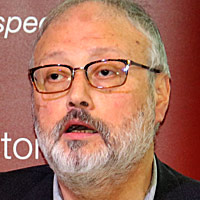 Jamal Khashoggi
Saudi journalist
Khashoggi was killed in the Saudi Arabian consulate in Istanbul, Turkey, on October 2 after apparently being tortured. The correspondent had been a prominent critic of Crown Prince Mohammed bin Salman.

The killing has led to international condemnation of Saudi Arabia, but US President Trump and his administration have refrained from joining others in blaming MBS.

The magazine said that the Saudi journalist "dared to disagree with his country's government. He told the world the truth about its brutality toward those who would speak out. And he was murdered for it."

"Khashoggi had fled his homeland last year even though he actually supported much of Crown Prince Mohammed bin Salman's agenda in Saudi Arabia. What irked the kingdom and marked the journalist for death was Khashoggi's insistence on coming to that conclusion on his own, tempering it with troubling facts and trusting the public to think for itself," TIME said. 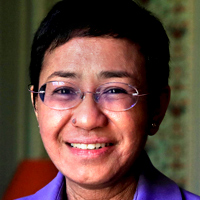 Maria Ressa
Philippine journalist
Ressa is the founder and editor of a Philippine news site, Rappler. She has faced a barrage of government lawsuits and violent hate messages on social media -- at one point, 90 of them an hour.

Rappler has chronicled the violent drug war and extrajudicial killings of President Rodrigo Duterte that have left some 12,000 people dead, according to a January estimate from Human Rights Watch.

The Duterte government refuses to accredit a Rappler journalist to cover it, and in November charged the site with tax fraud, allegations that could send Ressa to prison for up to 10 years. 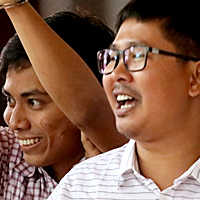 Wa Lone, Kyaw Soe Oo
Reuters reporters
The two Reuters reporters were arrested in Myanmar for their part in investigating the massacre of Rohingya Muslims. In September, they were sentenced to seven years in jail for violating a state secrets act.

They have always maintained their innocence and say they were set up by the police.
The case has been widely seen as a test of press freedom in Myanmar.

Aung San Suu Kyi, who was once seen as a beacon of human rights and democracy, has faced international condemnation for her government's handling of the case.

She defended the verdict saying the two journalists had broken the law and that their conviction had "nothing to do with freedom of expression at all". 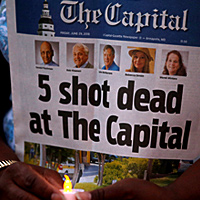 Capital Gazette
Maryland newspaper
A gunman walked into the offices of the Capital Gazette in Annapolis, Maryland, on July 28 and killed five members of editorial staff.

The suspect had a longstanding grudge against the newspaper after unsuccessfully suing it for defamation in 2012, investigators later said.

Despite the horror that unfolded in their workplace, staff worked in the car park to put out an edition the next day. As well as publishing the obituaries of their colleagues, they left the editorial page blank with a note saying they were speechless. 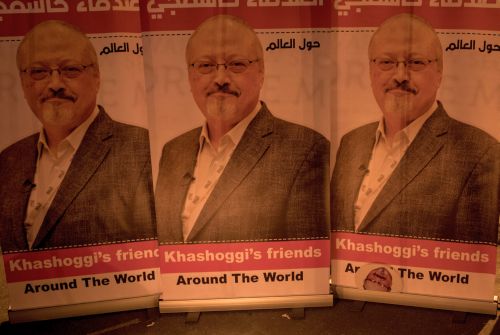