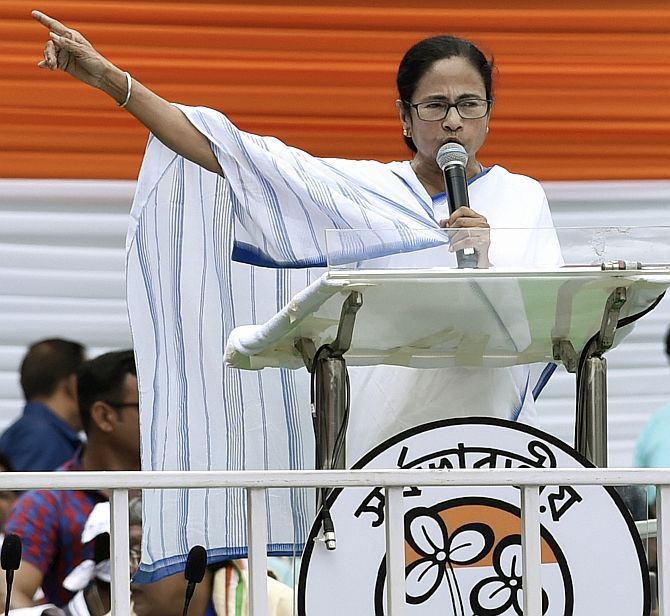 Addressing the Martyrs' Day rally, the TMC chief accused the saffron party of trying to replicate the "Karnataka horse trading model" by luring TMC MLAs with money and other perks.

The chief minister, speaking at her first major political rally after the Lok Sabha polls, also said the party will launch a statewide protest on July 26, demanding return of black money "siphoned off" by the BJP.

"Central agencies are summoning our leaders and threatening elected representatives over chit fund scams, asking them to get in touch with BJP leaders or face prison," she said.

"The BJP is offering Rs 2 crore and a petrol pump to our MLAs to switch over. At the gram sabha level, the amount offered is Rs 20 lakh... Just like in Karnataka, it is indulging in horse trading everywhere, and trying to replicate that model here, too. The BJP thinks it can buy out everybody," Banerjee alleged.

In a bid to counter allegations of 'cut money' being taken by a large section of TMC leaders, she asked party cadres to launch a movement against the BJP from July 26, demanding that its leaders return black money and also the cut money taken in the Ujjawala scheme.

While criticising the saffron party and its policies, during her 60-minute speech, the chief minister did not take the name of any BJP leader.

"They (the BJP) are asking us to return cut money. They have misinterpreted my statement. I had said we should keep a watch to ensure that no one misuses government schemes. But, they are using my statement to attack our party leaders. We will not tolerate it," the TMC boss said.

TMC leaders at the municipal and panchayat levels have been facing public ire over 'cut money' allegations in the districts of Birbhum, Cooch Behar, Jalpaiguri, Burdwan, Malda, Purulia, Nadia, West Midnapore and Bankura. 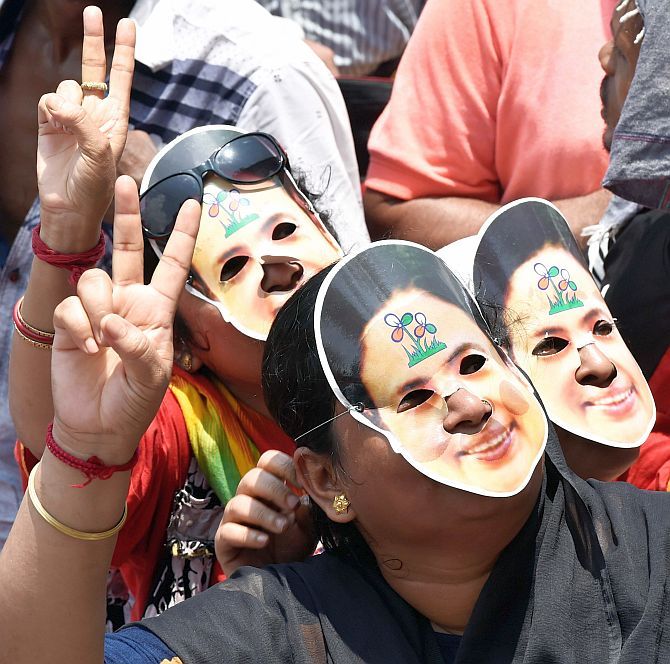 "From July 26, we will launch a statewide agitation demanding return of black money and of the cut money taken by BJP leaders, while providing free LPG connections to the poor.

"We have received complaints from leaders of their party (the BJP). We have all the documents and will very soon launch an investigation into it," Banerjee said.

The chief minister asserted that her party would bounce back in the 2021 assembly polls, and alleged that the BJP won the Lok Sabha polls by "manipulating" EVMs.

"The 2019 election result is not history, but a mystery. I will request the Election Commission to conduct elections through ballot paper," she said.

The TMC chief said the BJP government at the Centre would not last for "more than two years", considering the way it was functioning.

"Credit for the smooth conduct of Parliament goes to opposition parties, not those in power," she said. 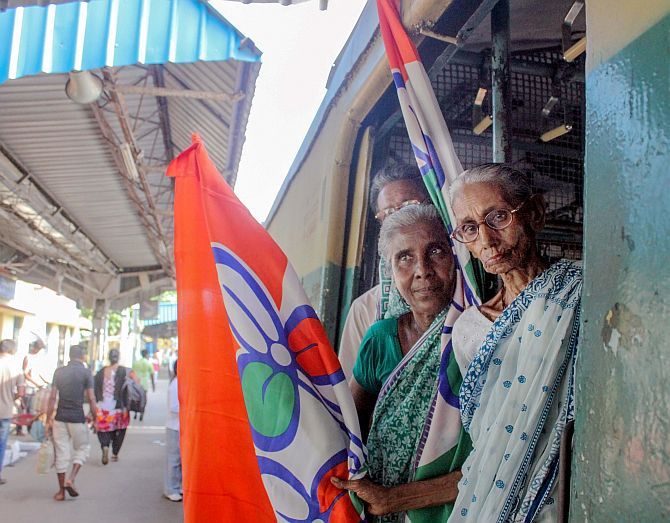 IMAGE: Elderly women board a Sealdah bound train along with other Trinamool Congress Party supporters to attend the Martyrs Day rally in Kolkata. Photograph: PTI Photo

The BJP was behaving as if it had captured West Bengal by winning "just" 18 of the 42 seats in the Lok Sabha polls (the TMC won 22 seats), the chief minister said.

"It is trying to take over our party offices and beating up our people. We, too, had won in the 2009 Lok Sabha polls by getting 26 seats during the Left rule, but we never behaved in such a manner," Banerjee said.

She dubbed the BJP a party of "parasites in Bengal" which was banking on goons and "rejected" leaders of the Communist Party of India-Marxist and the Congress.

"We don't need the CPI-M and the Congress to fight the BJP. But, we will urge them to not cut off the branch on which they are sitting," the chief minister said.

Spelling out guidelines for party workers, Banerjee asked them to not "leave an inch of space to the BJP", and be more humble to people and apologise for the mistakes committed in the past.

The TMC holds the Martyrs' Day rally in Kolkata every year on July 21 in the memory of 13 Youth Congress activists, who were killed in police firing in 1993. Banerjee was a Youth Congress leader during the time. 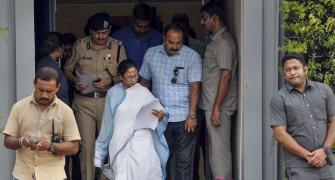 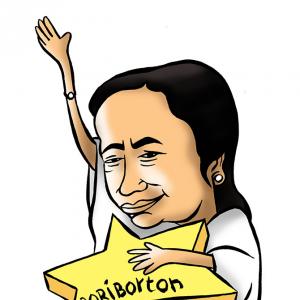 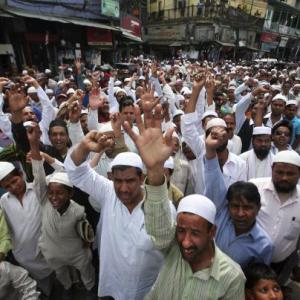