Five people, including four senior citizens, were killed and two others injured in a major fire that broke out in a high-rise residential building in Mumbai on Thursday evening, a civic official said. 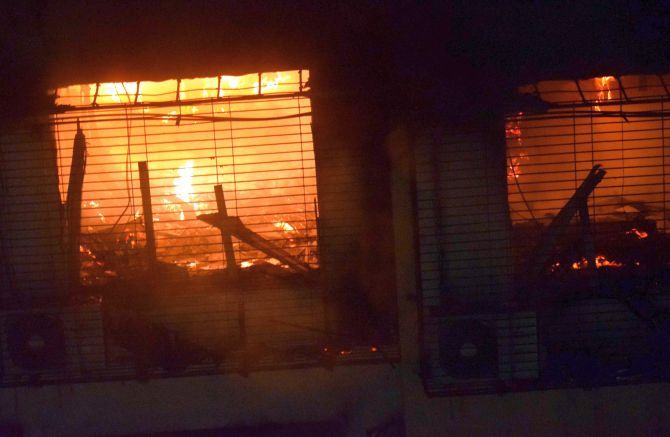 IMAGE: A view of a flat, reportedly on the 14th floor, burning due to a fire that broke out at Tilak Nagar's Sargam Society, in Mumbai. Photograph: PTI Photo

The 16-storey building is located in suburban Tilak Nagar, where search and rescue operation by the Mumbai Fire Brigade is underway, said the official from the Disaster Management Unit of the Brihanmumbai Municipal Corporation.

WATCH: When the blaze broke out

“Our fire brigade control room got information about the incident at 7.51 pm after which our fire-fighting team along with an ambulance rushed to the spot,” he added.

“The blaze started on the 10th floor of the building, Sargam Society (G+16), located near Ganesh Garden in Tilak Nagar,” he said.

The fire brigade team rescued six people from the floor and admitted them to the nearby Rajawadi Hospital, he said.

According to a senior doctor at the civic-run hospital, five of them succumbed to burn injuries. 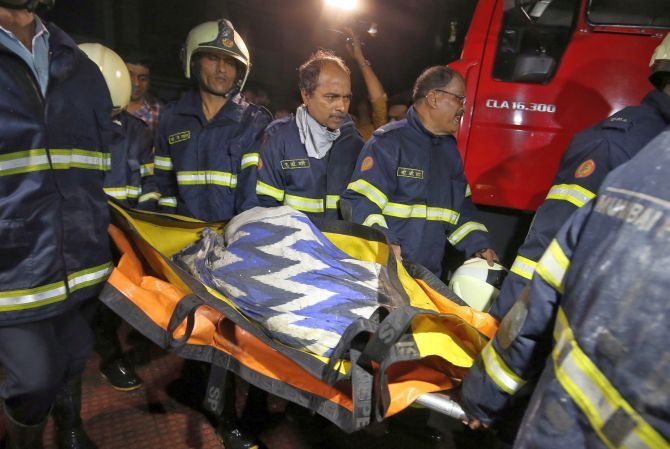 IMAGE: Firefighters carry a victim on a stretcher after a fire at the building in Tilak Nagar. Photograph: Francis Mascarenhas/Reuters

The two injured, including a fireman, were admitted to a hospital, where their condition is stable, the doctor said.

Sunita Joshi is the mother of Sanjay Joshi, in-charge of the Vikhroli police station, he said.

The injured were identified as Shrinivas Joshi,86, and Chagan Singh, 28, the fireman, the official said.

The fire has been brought under control, but its cause will be known only after an inquiry, he added.

Fire brigade personnel are searching the building to ascertain if there are more casualties, he said.

Local residents said indiscriminate parking of vehicles in the area delayed the arrival of fire brigade tankers and equipment. 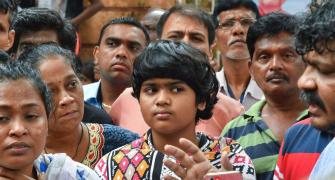 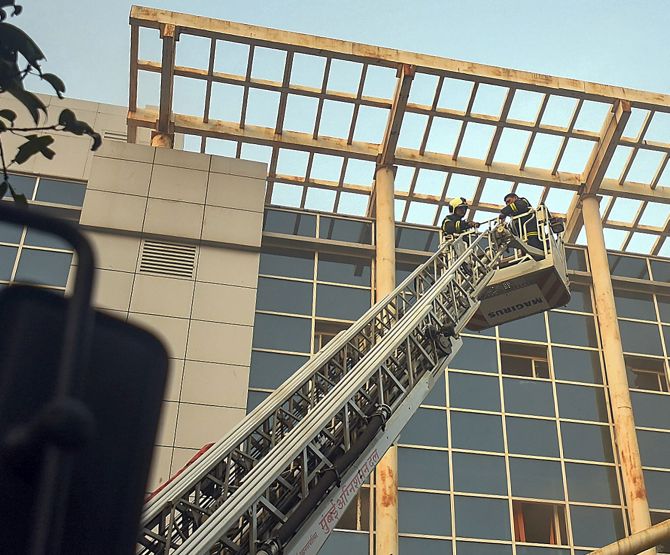