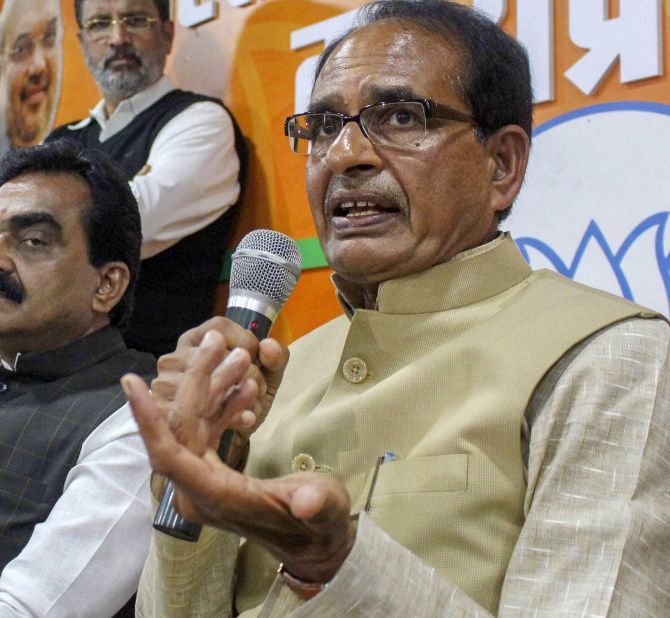 From being called Paon paon wale bhaiya (foot soldier) by villagers to being addressed as Mama (maternal uncle) by children, Shivraj Singh Chouhan just four days ago said he is the "biggest pollster" and predicted a Bharatiya Janata Party victory in Madhya Pradesh.

But the BJP remained short by seven seats for a simple majority on its own in the crucial Hindi heartland state and Wednesday's outcome in the assembly polls put paid to Chouhan's hopes of seeking a record fourth term as chief minister.

Having a carefully cultivated image of a family man coupled with simplicity, Chouhan, 59, led the BJP's campaign, presenting himself as one among the people, promising further development.

He maintained a low profile, ignoring comparisons with Prime Minister Narendra Modi but concentrated on MP.

"I am the biggest surveyor (pollster) as I remain in the midst of public all day long. The BJP will win, " said Chouhan after visiting the famous Shree Pitambara Peeth temple in Datia in Madhya Pradesh last Saturday.

He was asked by reporters about the exit polls the previous day that predicted a close fight between the BJP and the opposition Congress.

The BJP, however, drew comfort from the fact that its vote share at 41 per cent was marginally higher than that secured by the Congress which bagged 40.9 per cent of the votes.

The CBI gave a clean chit to Chouhan. 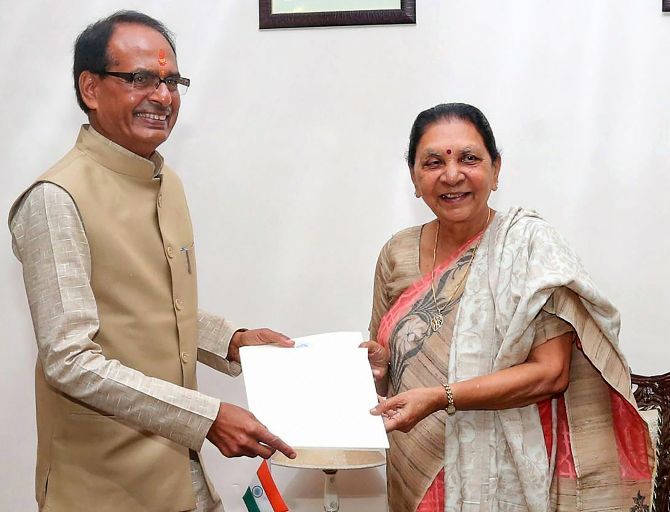 Born on March 5, 1959 to a farming family of Prem Singh Chouhan and Sundar Bai Chouhan at village Jait in Sehore district, Chouhan's political journey began with the Rashtriya Swayamsevak Sangh when he was just 13 years.

His leadership skills first came to the fore when he was elected as president of the Model Higher Secondary School students' union in 1975.

He participated in the underground movement against Emergency and was imprisoned in 1976-77 and also on many other occasions for political agitations and public causes.

Chouhan replaced Babulal Gaur as chief minister on November 29, 2005 and remained in the saddle since then unchallenged till the party's defeat at the hustings Wednesday.

He also served as general secretary of the BJP and president of the party's MP unit.

Chouhan was first elected to the state assembly from Budhni constituency in 1990.

He was elected a Member of Parliament for the first time from the Vidisha constituency the following year.

His fortunes, were, however, set to take another direction two years after the BJP, led by fiery sanyasin-politician Uma Bharti, swept the state assembly polls in 2003.

Under Chouhan's leadership, Indore and Bhopal got the "cleanest city" awards under the 'Swachh Bharat Abhiyan'.

Chouhan also undertook the 'Namami Devi Narmade yatra' to initiate steps for conservation of Narmada, considered as the lifeline of Madhya Pradesh, by planting a large number of tress on the banks of the river.